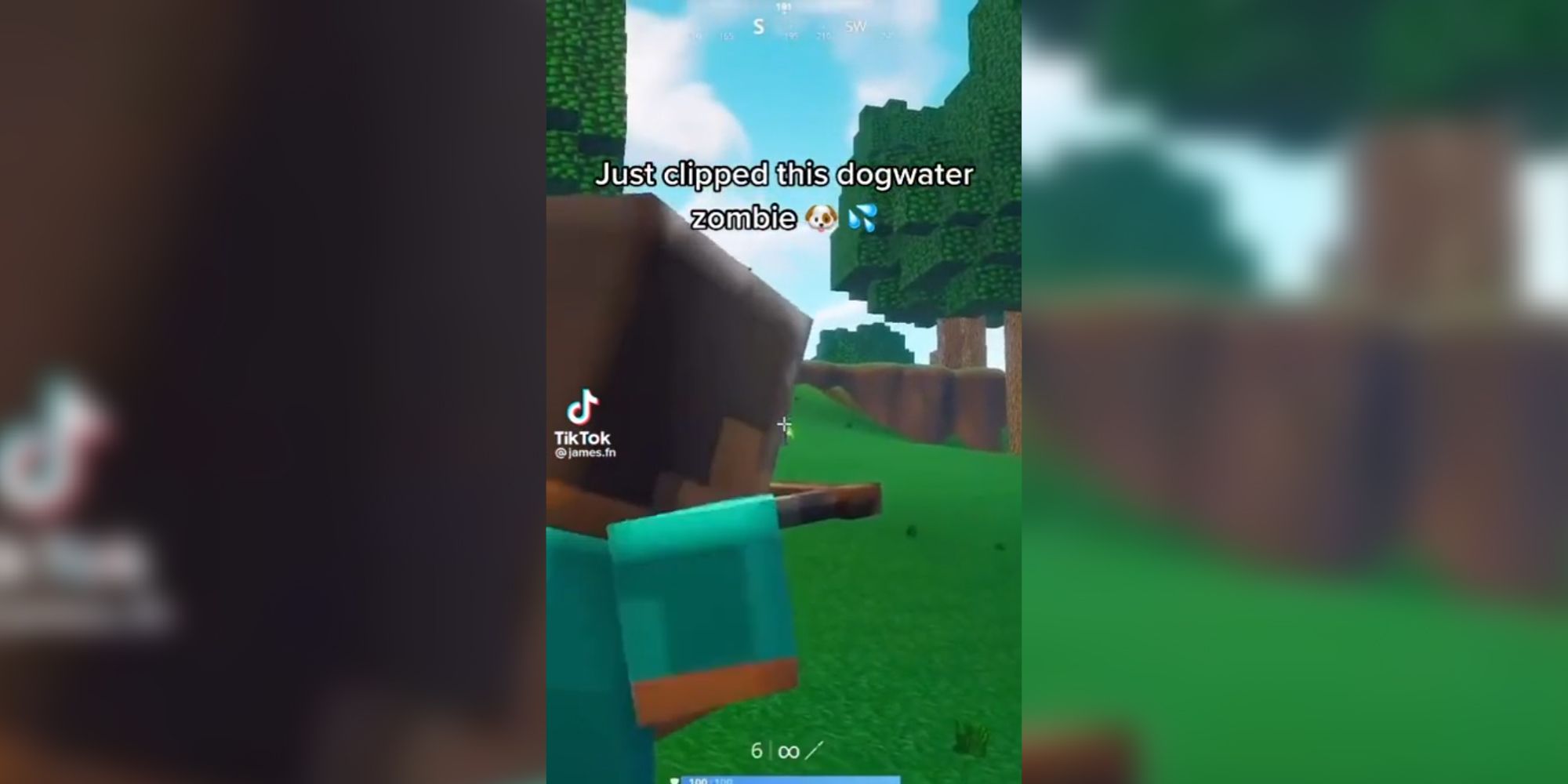 
Steve has dropped from the battle bus into Fortnite, bringing Minecraft with him.

Steve might not be in Fortnite yet, but one fan has gone the extra mile and brought Fortnite to Steve, imagining what Minecraft would look like as a frantic battle royale, complete with off-the-rails spam building.

You won’t see Tilted Towers or any other Fortnite landmarks in the background, just your standard Minecraft forest. Albeit with less-blocky terrain which veers into uncanny valley. Steve meanwhile is equipped with an infinite-ammo crossbow, hunting down zombies while throwing up wooden walls and floors and stairs in a speedy display of Fortnite talent—or is he winging it?

RELATED: Coachella Interview: Why The Festival Partnered With Fortnite

We also see Steve swap to a diamond sword which he uses to take down a zombie that encroaches on his rickety scaffolding, while he also whips out a diamond pickaxe in place of Fortnite’s standard one. You can see the impressive rendition below.

It comes courtesy of JamesFN who has two Minecraft-as-Fortnite videos uploaded as of writing. In the second, we see Steve cutting down oak trees for resources, while also venturing into an entirely block-built building.

The rest of his account is made up of other various Fortnite clips, but these Minecraft ones have gone viral, with the first netting him 3.2 million views. No wonder he uploaded a second—it looks like James has found his niche and is revelling in it. As for how he’s pulling this off, James has kept that mysterious, under lock and key.

In other Fortnite news, Epic Games announced the season-ending event that’s set to launch on June 4. The Seven and the IO are finally going to collide in a spectacular fashion that not will not only end the current run of Fortnite but kickstart the next chapter—Epic recommends you get into parties of four and strap in for a monumental event that could very well be Fortnite’s biggest yet. Meanwhile, Minecraft’s next update is right around the corner, promising frogs, allays, demonic Minotaur, and more.

Next: Halo Infinite’s Future Feels Uncertain And That Breaks My Heart

James is a photo/news editor at TheGamer with bylines at IGN, VG247, NME, and more. You can contact him at james.t@thegamer.com.