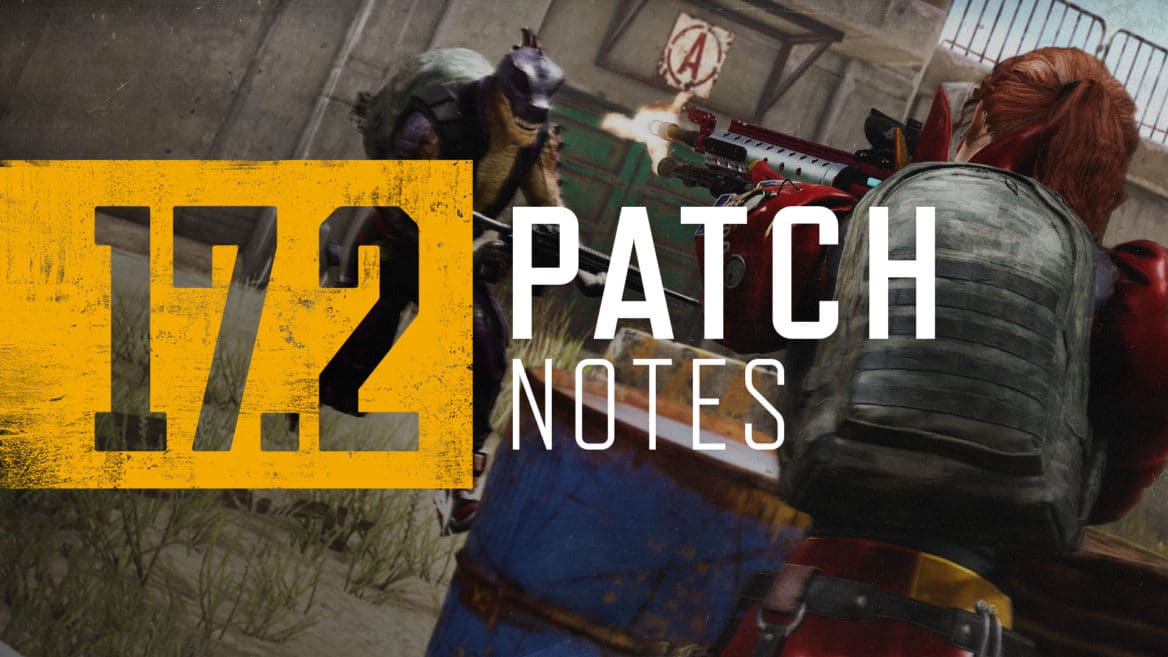 
PUBG Corp has released (PlayerUnknown’s Battlegrounds) PUBG update 2.08, which is the release of Update 17.2 for consoles! This includes the addition of the spotter scope, weapon balance changes and loads more! Check out the PUBG May 18 patch notes right here.

The following fixes apply to both PC and Console.

※ Please keep in mind that the features and updates we provide below may be modified or even possibly removed due to reasons such as bugs, in-game issues

The previous Patch Notes hinted some big and small changes were soon to come to the Spotter Scope. The Spotter Scope and its automatic features of marking and following enemies continue to show overly strong performance, causing more stress than enjoyable experiences to our players. Therefore, starting from this update, you shall now be able to meet the following, healthier changes:

According to the stats, the usage rate of the two weapons using 5.56mm was far below our expectations. However, we hope the following minor changes make them more appealing and used more frequently. Moreover, we have changed the position of the Mk12 as a high-end DMR.

We’ve constantly listened to your feedback since the Mortar was introduced as a Taego-only weapon. Unfortunately, contrary to our expectations, the Mortar definitely wasn’t one of the most favored weapons. It didn’t take us long to figure out the reason. When deploying it on the surface, it had many limitations, aiming was too complicated, and even the ammo was hard to find. It doesn’t end there; it occupies one main weapon slot, which many players found not to be worth it. However, we are still seeing a lot of feedback about how attractive a weapon the Mortar is. In this iteration of the Mortar, we applied the following changes to unlock its hidden potential.

We are currently preparing a more flexible system for our map services. With that being said, a separate Map Service Plan announcement will not be released as we believe it’s a bit too early to announce our upcoming plans. However, we will continue to announce the map service updates for the current patch through the Patch Notes.

Dive into the lake located at the middle island of Sanhok and meet the giant, floating rubber duck bobbing in the calm waters.

Who’s the better player? Find out in the 1v1 Arena.

Additional constructions have been made to Training Mode to welcome all types of combat practice in a suspenseful 1v1 setting. Either go through 1v1 rounds with a real player or spectate intense predators’ fights in the new 1v1 Arena.

As Training Mode continues to expand with its new features and areas, we’ve decided to add a teleport feature to save time and create a more convenient experience for you all.

With the addition of new categories to the Aim/Sound Lab’s scoring system, players who pull off relatively difficult combat stunts will earn extra points.

Tutorial missions have received an update so that all our players can keep coming back to play the game even more.

Prepare to dominate the cosmic realm with the new Survivor Pass: Galaxy Squad! For more details, make sure to check out the soon-to-be released May Store Update announcement.

Throwables are small but precious weapons that can impact the game when used at the right time. However, throwing a throwable at the right time can be very challenging, even for skilled players, especially during combat situations.

We are happy to introduce the Throwables Cooking Timer UI to improve the current situation where players are reluctant to use throwables.

This feature is intended to help the less experienced players to use the throwables in Normal matches so that in the future, they can freely use throwables without the guide UI in Ranked. Also, we are aware of some concerns from the community. Therefore, we will continue to monitor the situation.

Relatively new or returning players seem to struggle and take some time learning and picking up the appropriate items for their possessions. To relieve that stress and provide an even better looting experience, we’ve decided to add in a new loot recommendation feature.

Item Use in Driver’s Seat

Have you been mainly in charge of driving in your squad? If that is the case, listen up! Forget the miserable times of not being able to use bandages or boost items while driving. Remember how you had to take turns driving to heal yourself when traveling through Blue Zones? With this new update, the driver can remain seated in the cockpit until the end of time. Even in solos!

You’re asking why? Because with this update, you can freely use bandages and boost items while driving.