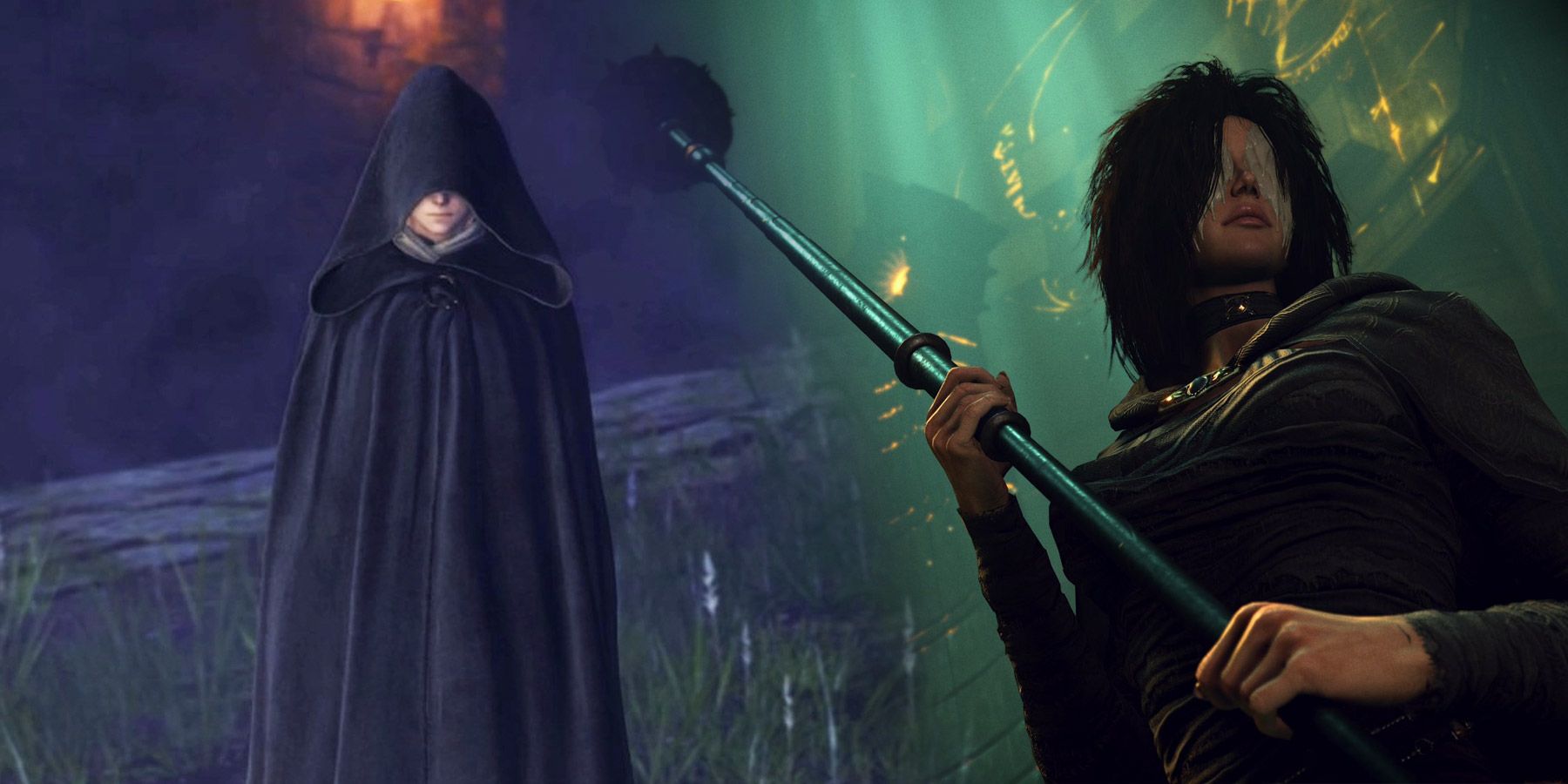 
It’s not uncommon for players to speak with some sort of maiden to level up within a Souls game. In Bloodborne, it’s the doll; in Elden Ring, it’s Melina; and in Demon’s Souls, it’s the Maiden in Black. Despite these similar delivery methods, their character personalities are unique, as is their very existence in-universe.

WARNING: MAJOR SPOILERS AHEAD FOR ELDEN RING AND DEMON’S SOULSInterestingly enough, however, Elden Ring’s Melina and Demon’s Souls’ Maiden in Black have more commonalities than other maidens in Souls games. In fact, in terms of how they have this power and their relationship with the player, they are very similar.

RELATED: Elden Ring is the Next Skyrim

The Maidens of Elden Ring and Demon’s Souls

In Demon’s Souls, the Maiden in Black doesn’t have much of a personality, nor is she a big talker. All players really know is that her power is connected to the Old One, which explains her ability to help players level up. Despite this connection, she doesn’t seem bent on allowing the Old One to awaken and, instead, she works to lull it back to sleep with the Slayer of Demons. She and The Old One slumbering appears to be what she intends for the world as the natural order of things.

Her origins are never explained in full detail, except she is also a demon—not a woman. After players defeat the False King, she will accompany players to the end of the game, putting the real King Allant out of his miserable existence and tempting to lull the Old One back to sleep. She seems to find relief in this, should players allow her to do it.

Meanwhile, Melina is very much under similar circumstances. Her origins are never fully explained, though she seems to come directly from the Erdtree—a place of power in the Lands Between. This is very similar to the Maiden in Black’s association with the Nexus. Just as the Maiden has a powerful connection to the Old One, it seems Melina has a powerful connection to Marika. The latter is very much implied to be her mother, and depending on how one views her actions, Marika could be considered the primary antagonist to The Lands Between.

One big difference that cannot be ignored is that The Maiden in Black’s connection to the Old One is the only real character association she has. Melina has tons more. Not only is there some consideration of her mother being Marika, but there are also those who believe she is tied directly to The Gloam-Eyed Queen and/or Ranni. While the Maiden seeks to protect the world, she is not mired in it. Melina seeks both to protect the world and to follow her mother’s wishes—attempting to discern what they truly are

It should be noted that betraying Melina is much more complex than betraying the Maiden in Black, likely because of how uninvolved the Maiden is in the developing story. For the latter, essentially all players have to do is beat the game, and when she is trying to lull the Old One back to sleep, they can attack her. This sees them essentially become the new King Allant and help spread the fog and power of the Old One over the lands.

There’s a trophy in Demon’s Souls for this ending, but those looking for magic should instead allow her to lull the Old back to sleep. This gives them a Soul that can unlock the Soulsucker spell from Yuria. Ultimately, anyone trying to platinum the game has to betray the Maiden.

Meanwhile, Melina seeks to aid the player become the next Elden Lord, while fulfilling her mother’s wishes. This ultimately sees her burn the Erdtree down, so players can enter and kill Radagon and The Elden Beast. That’s how it goes in most “normal” playthroughs, even if players choose Ranni’s Age of Stars ending that leaves The Lands Between without a Lord. However, they can instead choose the bad ending by becoming the Lord of Frenzied Flame as marked by the Three Fingers.

There’s a way to do this after Melina sacrifices herself, but those who pursue the Three Fingers so Melina does not die will betray her trust. She will beg players not to seek out the Frenzied Flame, and she’ll leave their side if they do. Beating the game and choosing this ending will see Melina, eyes open, vowing to bring destined death to the newly-christened Lord of Frenzied Flame.

Both help players level up, and both have mysterious origins. Both of their natural endings see them leave the world behind—one in sacrificing herself to burn the Erdtree, the other in a slumber with the Old One—and players can betray them if they so choose and allow chaos to consume the world.