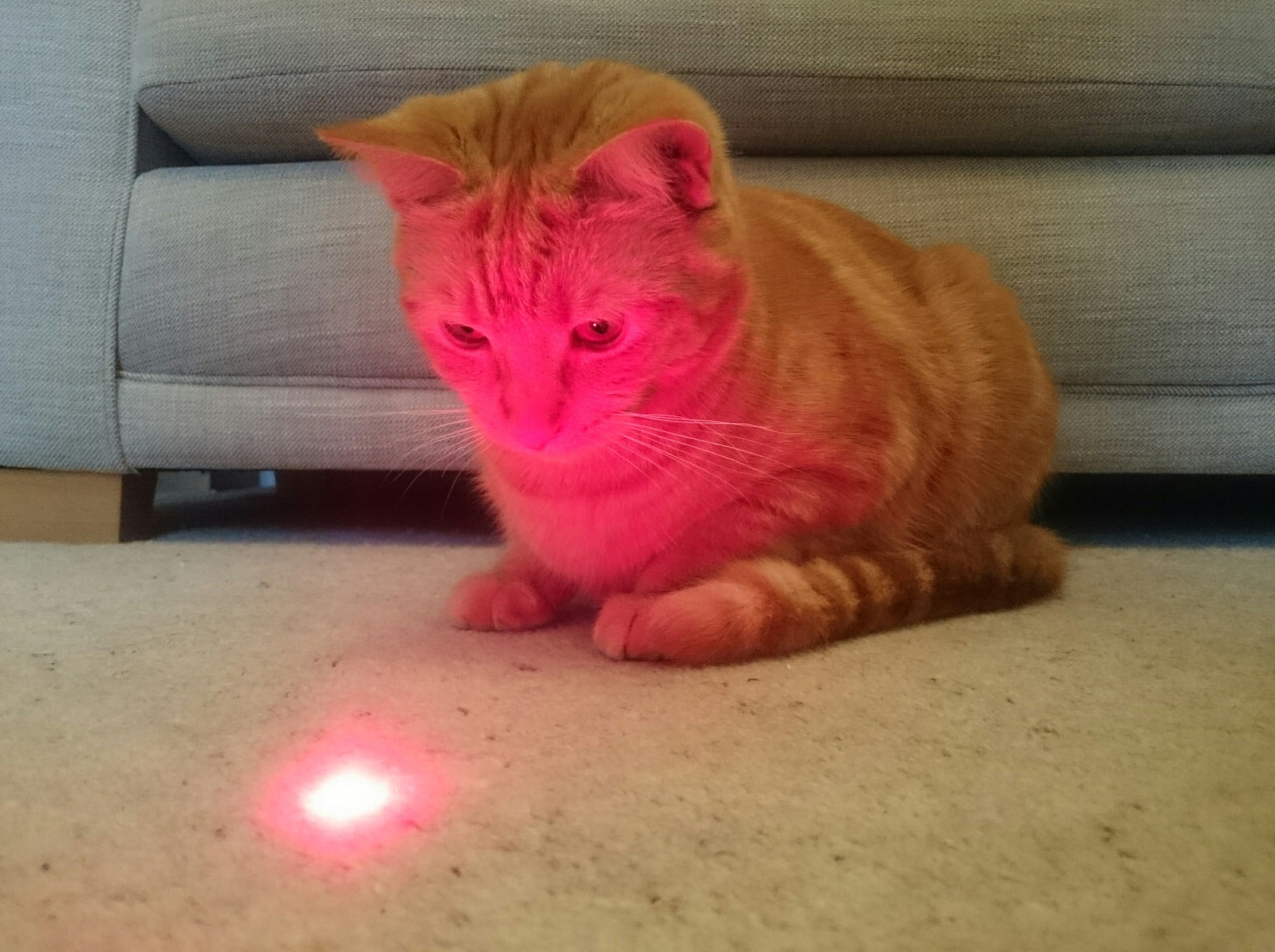 
No game is more macho. No game is more brutally humbling. No game gives a greater sense of the carnage, the bloody frenzy that is life’s oldest pastime: cat lasers. Uh, what we meant was…war. Yeah war. Players are hiding stock still around a blind corner, waiting to pounce on their unsuspecting prey. Players are frantically blitzing into a frenzy of action one can only describe as the zoomies. The legendary Call of Duty series is a cat laser for the human brain.

Humans evolved to see movement, just like cats. Our survival instincts served us well as we battled other apex predators for resources. And it serves us well today as we click the speedily retreating heads of our opponents.

We share 90% of our DNA with cats. Which means we broke off of the same evolutionary tree not all that long ago in geological terms. We only share 82% of our genetic code with dogs, the alleged best friend to humanity. So it only makes sense that cats’ favorite, most iconic toy would be mimicked in one of our (humanity’s) favorite, most iconic games.

Speaking of cats and dogs: cat lasers can be bad for dogs. Prominent trainers and even the American Kennel Club states that for our canine companions, activating the prey chasing instinct with no possible closure to the action is baffling for dogs. It’s even been linked to behavioral problems like obsessive compulsive tendencies in dogs. They can’t comprehend the object impermanence of a seemingly alive moving dot disappearing into nothingness. But we’re more like cats. When the laser turns off a match is over, we go about our lives. Either jumping into another match or going to finally see what the heck the kids are making a racket about in the kitchen.