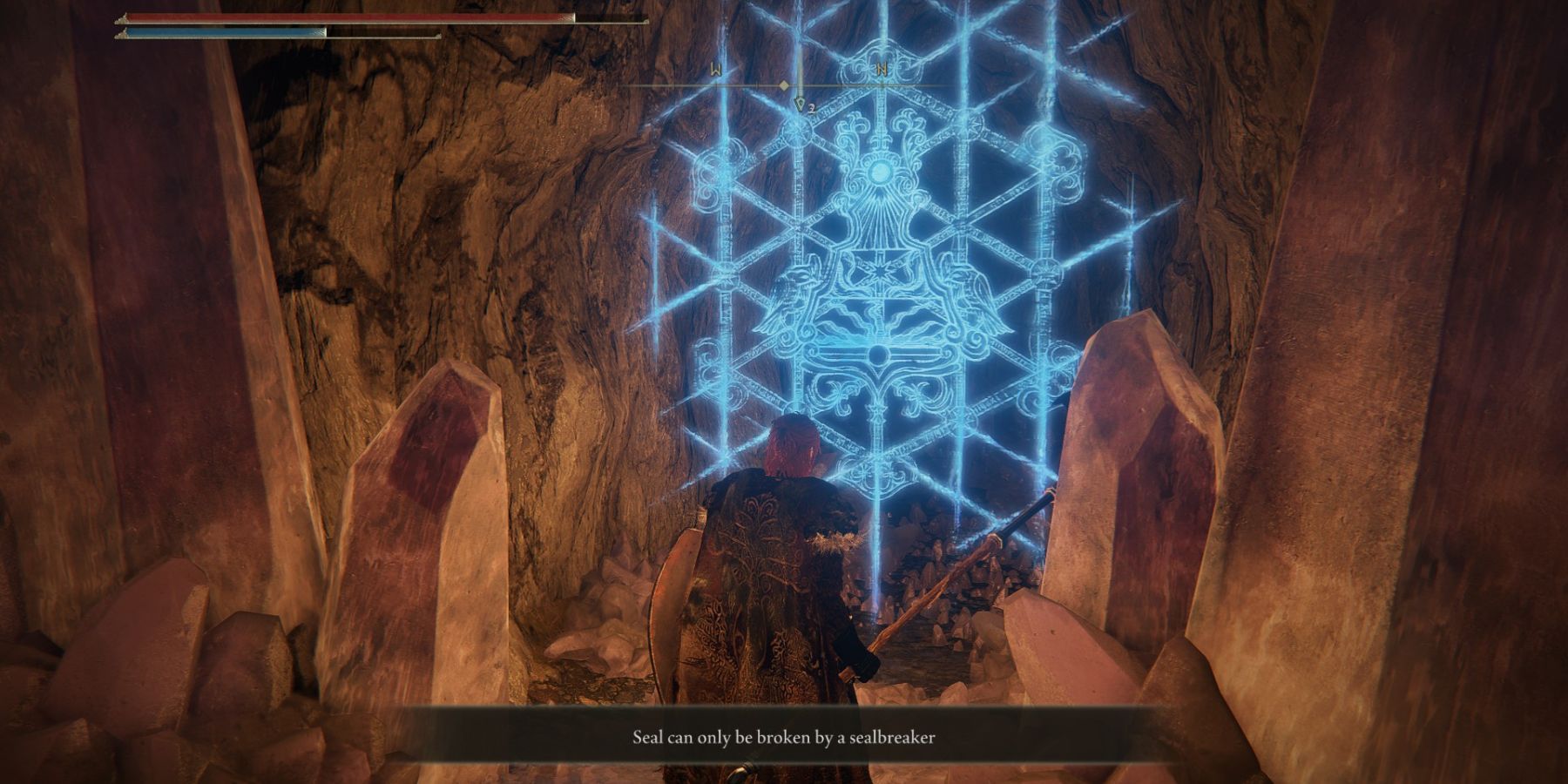 
Inside Sellia Hideaway, a secret location in Elden Ring, is a sealed door blocking the rest of the cave. To get through, players must do a quest.

Elden Ring has countless secret areas tucked away in the most hidden corners of the Lands Between, but some of Elden Ring‘s secret areas are hidden practically in plain sight. While players will likely find a number of these secret areas on their own, some are hinted at by notes sold by Merchants that guide them towards a notable out-of-the-way spot.

RELATED: Elden Ring: How To Solve The Redmane Painting Puzzle

Sellia Hideaway is one of these areas, revealed to the player in a note sold by a merchant. As part of Sorceress Sellen’s questline, players are sent to find Master Lusat, who can be found in the dungeon’s lower levels. Getting into the Sellia Hideaway is easy, but getting through the seal blocking entrance deeper into the caves is a bit more of a task.

Where Is Sellia Hideaway?

Sellia Hideaway is located above Sellia, Town of Sorcery. In the north corner of the town is a Site of Lost Grace, the Sellia Backstreets. From the north entrance, you can head practically straight forward to find this corner. From the south entrance, you will need to traverse nearly the entire town of Sellia.

Head to this Lost Grace, then go up the winding path just beyond the room to reach the top of the cliff that looms over Sellia. You will see a graveyard to your left as you head down this road – head into the graveyard and go past the undead that spawn until you reach the end. There should appear to be a regular cliff behind a large grave marker – it’s an illusory wall.

How To Open The Sellia Hideaway Sealed Door

Deep inside the Sellia Hideaway dungeon is a sealed door, not unlike the seal found outside the Academy of Raya Lucaria. To open this seal you must progress through Sorceress Sellen’s questline. Players meet Sellen for the first time in the Waypoint Ruins, just east of Lake Agheel. Later on, players come across the Sorcerer Azur just north of Mt. Gelmir’s Hermit Village.

North of Hermit Village are a group of sorcerers and a Demi-Human Queen. Beyond this group is a sort of ledge that takes players further up Mt. Gelmir. Just to the left of this bridge, though, Sorcerer Azur sits motionless. Interact with this NPC, then return to Sellen to receive the key that will open the Sellia Hideaway seal. Just beyond the seal is another master sorcerer who Sellen wants to track down: Master Lusat.


Every Video Game Releasing in June 2022