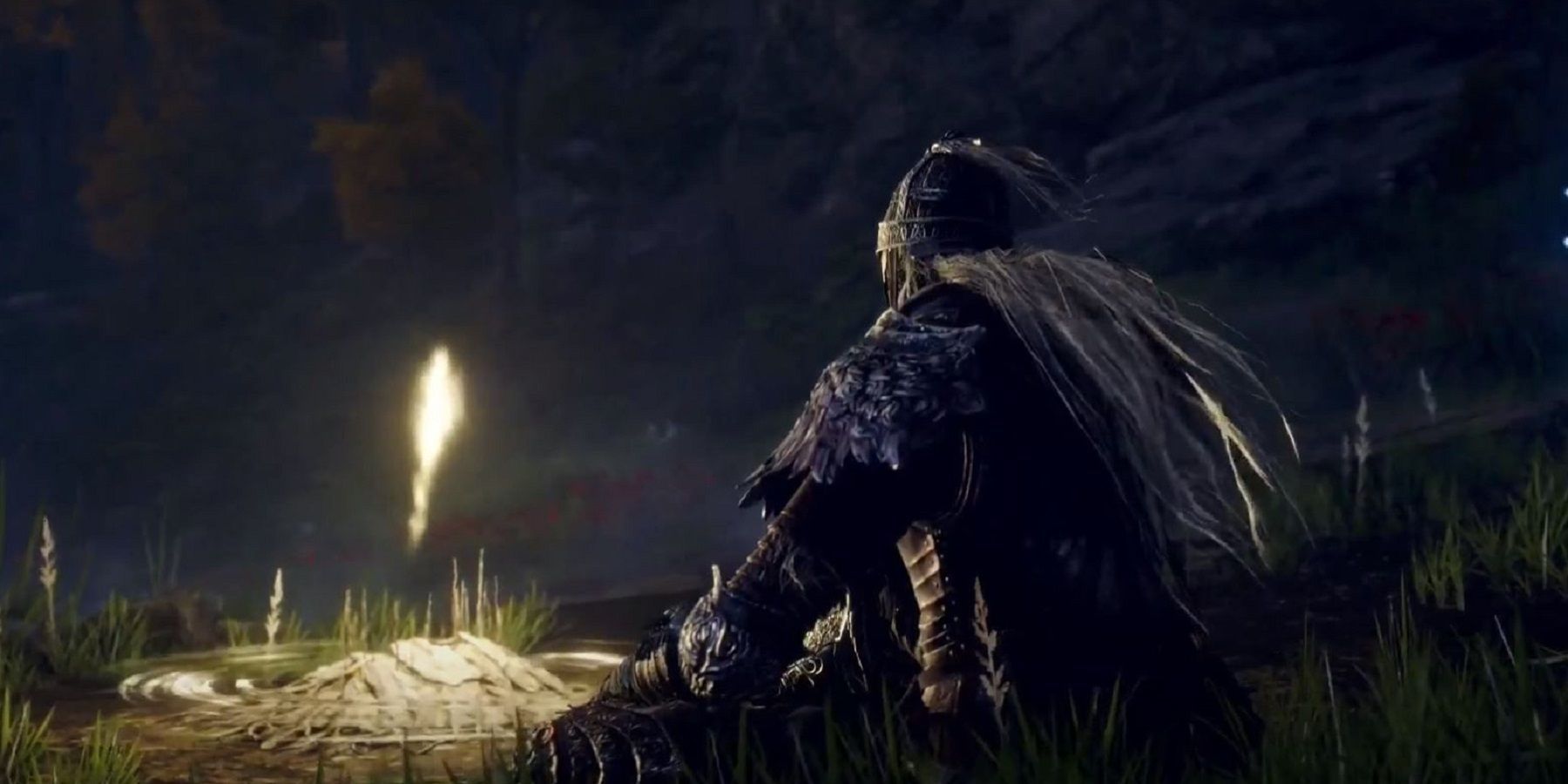 
Sites of Grace in Elden Ring offer a place to rest, but one player claims to have found the least relaxing grace site in the game.

Sites of Grace act as resting spots, but gamers can utilize them to level up, reset enemies, memorize spells, and more. The menu players see at a Site of Grace only has some basic features initially, but it expands as they unlock more gameplay mechanics. Elden Ring’s world is filled with danger, and Sites of Grace are meant for players to take a breather, but one fan claims to have found the least relaxing Site of Grace in the game.

A user named eptarantino states that the grace site called Castle Sol Main Gate is the least relaxing Site of Grace in Elden Ring. Their character appears to be calmly sitting at the grace site, but the surrounding area seems to be anything but relaxing. Players can see lightning everywhere, in addition to a Walking Mausoleum roaming nearby. Its bell continuously rings throughout the video, and it makes a massive thud with every step it takes.

The Castle Sol Main Gate Site of Grace may become more relaxing if eptarantino chooses to bring down the Walking Mausoleum. Players can achieve this relatively simple task by attacking the small deposits on their feet. It will stop the bell as well as the footsteps, and unlock a useful new feature. Walking Mausoleum’s primary function is to duplicate Remembrances players get after defeating some bosses. These Remembrances can be exchanged for a unique item at the roundtable hold, but users must choose between two options. Duplicating it allows fans to get both weapons or spells, and they can also get another copy of a Remembrance they have already used.

Many users mention that they always take the Walking Mausoleum down upon reaching this area, but some claim it stands up again if players do not use a Remembrance. One can be annoying on its own, but a fan named 50-Lucky mentions that there are two Walking Mausoleums near a Site of Grace in East Liurnia at a peaceful spot of grass. On the other hand, a player named DaSharkCraft would rather rest here than at the Site of Grace next to Gurranq inside the Beastial Sanctum.


Pokemon Scarlet and Violet: All the Version Exclusive Content Confirmed So Far