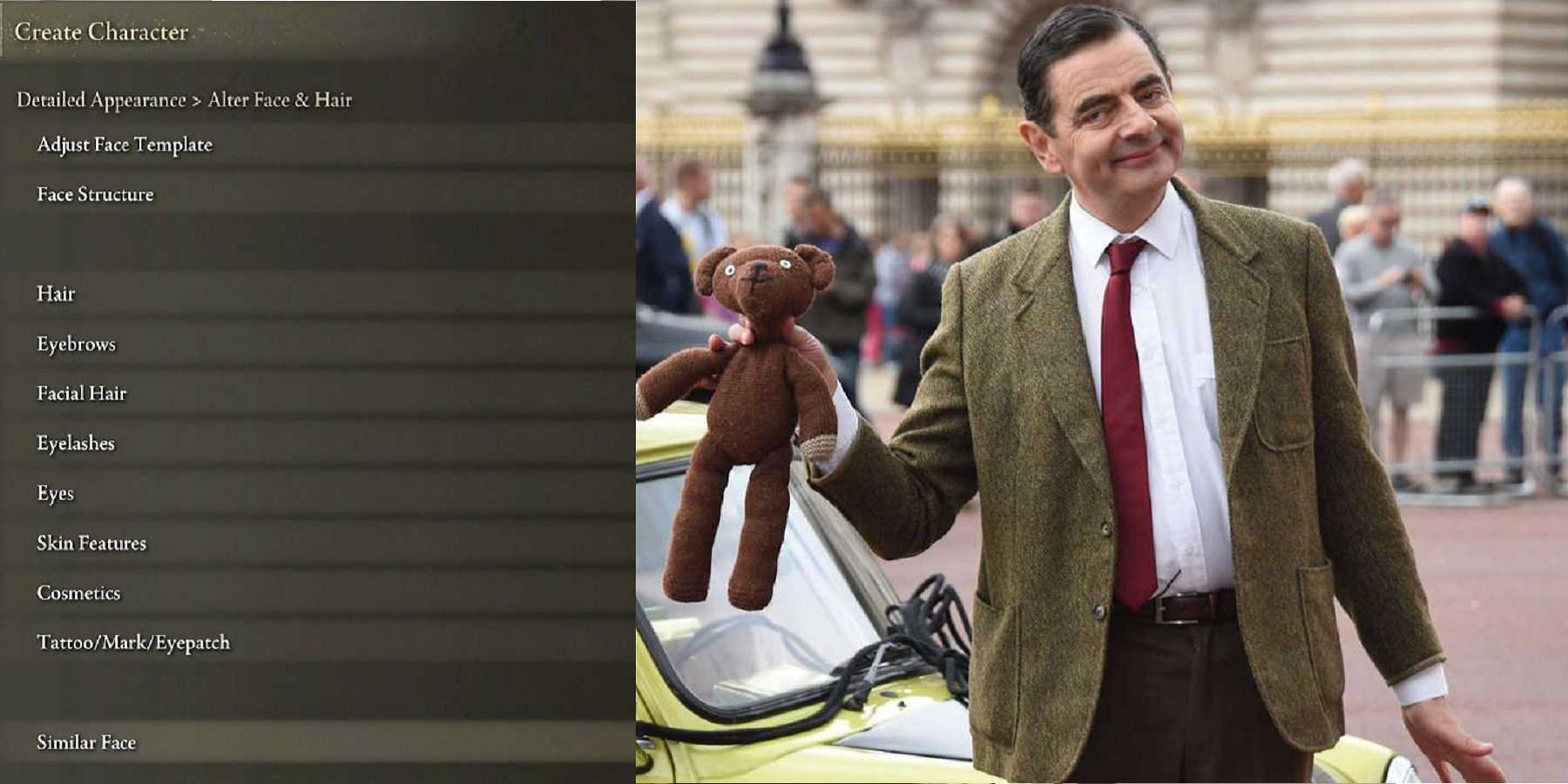 FromSoftware’s Elden Ring is notable for its deep character creation system, where it gives players the tools to create nearly any kind of character imaginable. Since launch, the character creator system has spawned many attempts to recreate pop culture icons in Elden Ring, with hilarious (and occasionally terrifying) results.

The latest celebrity figure to be recreated as Elden Ring‘s Tarnished protagonist is Rowan Atkinson, British comedian and unrivaled star of comedy performances such as Mr. Bean, Blackadder, Johnny English, and portraying many other characters. The animated and “rubbery” facial expressions frequently displayed by Atkinson are part of what makes his look so recognizable, as the Elden Ring version clearly shows.

This charming character concept is courtesy of Reddit user oEmersonKs, who posted it to an amused audience of Elden Ring fans and has received over 600 upvotes already. There are two pictured versions of the eponymous individual: one clean-shaven and one with stubble to better portray the slight visual differences between characters. Even the broad smile on one is comparable to the giddy nature of Mr Bean in his live-action portrayals compared to the jaded and snarky Edmund Blackadder from the more adult side of British comedy antics.

The post description also comes with the precise sliders required to recreate Rowan Atkinson’s face in Elden Ring. The link leads to oEmersonKs’ YouTube channel which displays a handy slider tutorial, plus allows for any slight variations in case other players wish to alter the original setup. Thanks to the presence of comedy archetypes and other memetic figures, the trend of recreating famous figures in Elden Ring is still gaining traction months after its initial release.

FromSoftware’s typical manner of world building is based around player freedom, enabling Elden Ring players to explore a world of spells, weaponry, bosses, and adapt to a play style that suits them. This can also be seen when crafty Elden Ring players develop traps to catch others unaware, often with hilarious results.

Rowan Atkinson’s breadth of acting work and comedy performances has enforced its way into the minds of people around the world, to the point where he made an iconic appearance at the 2012 Olympics opening ceremony and is almost synonymous with international perspectives of British culture. Given that the comments for the original Reddit post are full of jokey references to Rowan Atkinson’s career, it is possible more of the beloved cast will also be appearing in Elden Ring through the character creation system.