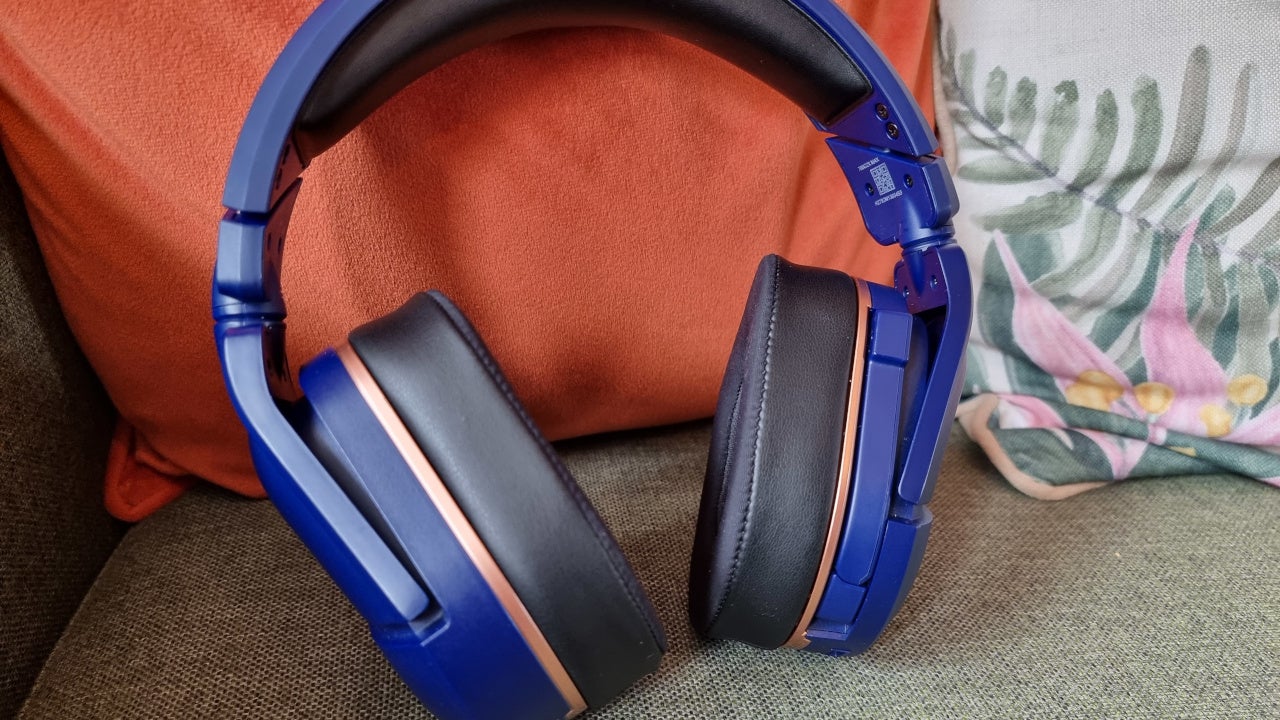 
The Turtle Beach Stealth 700 Gen 2 Max is a major refresh of one of the best wireless headsets around, the Stealth 700 Gen 2. It costs $50 more, but that money goes a long way: it has the same punchy sound plus double the battery life, extra padding on the headband, and one new color option. Perhaps most importantly, it connects wirelessly to every major gaming console, so you no longer have to pick between Xbox and PlayStation versions of the headset, as you did with the original Stealth 700 Gen 2.

Let’s start with those new features, beginning with compatibility across all consoles – which is surprisingly rare in wireless headsets. The Max pairs with consoles in one of two ways. For PC, a docked Nintendo Switch, Xbox, and PlayStation (it works with the Xbox Series X, Series S, One X, One S, and both PS5 and PS4) you pair the headset with a dongle that plugs into a USB slot. It uses a 2.4GHz wireless connection, and during testing with my PS5 it paired instantly every time, including the first time I tried it.

Note that the Xbox version of the original Gen 2 connected straight to the console without a dongle, so If you’re solely an Xbox gamer, the Max asks you to keep track of an additional gadget. That’s mildly annoying, and shows that this is a headset designed for people that play on multiple platforms.

For every other platform – I tested it with my Nintendo Switch in handheld mode and the Steam Deck – the Max pairs directly via Bluetooth. Once again, the connection was instant, consistent, and lag-free. It’s reassuring knowing that whenever you want to change consoles, your headset will oblige with no hassle.

It will also pair with your phone for podcasts, music, films, or games. Probably my favorite thing about the Max is that you can keep it paired with your phone while connected to your PlayStation, Xbox, or docked Nintendo Switch via the dongle. I played a long, grinding session of Elden Ring on my PS5 while listening to a podcast, with the game sound just high enough to hear an enemy charging up behind me. It was heaven. Granted, the original 700 Gen 2 had the same feature, but with the Max you can do it with both your PlayStation and Xbox in back-to-back sessions, if you really wanted.

The second big selling point of the Max is battery life. The base Gen 2 lasted roughly 20 hours per charge, but the Max will last more than 40 hours, according to Turtle Beach, which is longer than all but one of the headsets on our best wireless headset list. It stood up to that claim in my testing: after two weeks using it on and off, adding up to more than 25 hours of sound time, I was hovering at about 50% battery. I took it on a weekend away knowing, gloriously, that I could leave the charger behind, saving space in my bag.

The last big selling point of the Max is some extra padding around the steel headband, which is also slightly larger than with the original Gen 2. Our review of the original headset noted how comfy it was, and how the roomy earcups never irritated or overheated your ears. The earcups are unchanged here, which is a good thing, and the extra padding around the headband makes it comfy to wear it for hours.

Like with any headset, after an extended gaming session I was conscious of the band against the top of my head, but it was never sore, and slight adjustments relieved any minor discomfort. As a mark of how comfy it was, I fell asleep while listening to podcasts late at night with the headset on, and only woke up several hours later.

The Max comes in either the original black or the new dark blue design with bronze accents. It’s not a classic color combo, but it works: the bronze pops and shines without feeling flashy. The bronze goes all the way around the ear cups and also coats the adjustable steel headband, so the more you open the adjustment, the more bronze you’ll see.

The rest of the headset is exactly what you got with the Turtle Beach Stealth 700 Gen 2, including a clear, loud, flip-down microphone that hides neatly inside the left earcup when you don’t need it. On the bottom of that same earcup are a series of buttons and wheels that let you adjust the volume and toggle different sound modes, depending on how you set up the headset in the accompanying Audio Hub phone app.

Connecting it to your phone and booting up Turtle Beach’s dedicated phone app is the only way to tweak the headset’s settings. It stops short of full EQ level controls, but it still has lots of features. You can set up your own custom balance of bass and treble, adjust the mic level, and tweak the volume of system audio prompts.

You can also change the behavior of the “mode” button and volume wheel on the left earcup. You can set the button to, for example, toggle the “Superhuman Hearing” mode that boosts footstep and gun sounds in competitive shooters, and set the wheel to adjust your mic level, rather than overall volume.

I found most of these tweaks to be largely useless: adjusting the bass and treble made only a slight difference, while I rarely remembered to toggle Superhuman Hearing in the heat of a firefight (and when I did, I found the sound distortion distracting).

I also had problems with getting the app to work. The initial setup took several attempts before it finally worked. Then, bizarrely, my sound would cut in and out whenever the app was active. The app also requires you to turn your location on to use it, for no conceivable good reason.

Recent reviews in the Android App Store attest to other users having trouble with the app, too. It doesn’t seem to affect everyone and it’s not a dealbreaker – I quickly learned how to work around it. But just be aware that you may hit problems.

The wireless connectivity while gaming is flawless: the Max never lagged or skipped a note.

As for the sound quality, that’s entirely unchanged from the 700 Gen 2, which means the same, powerful 50mm speakers pumping clear and loud. In the narrative game Citizen Sleeper, the Max nailed both the rumbling, ambient spaceship sounds and the bouncy, futuristic music layered on top, while in Elden Ring the clash of sword on armor rang through my head. You can certainly buy headsets with heavier bass and slightly crisper high notes, but you’ll be paying a lot more for relatively minor improvements.

Like the 700 Gen 2, You get virtual 7.1 surround sound through Windows Sonic and Dolby Atmos. I tested it a lot with my go-to battle royale, Fortnite, and found it worked fine without blowing me away. The direction of footsteps was always clear, but it all felt a little flat: I found it difficult to make out subtle differences in how far away gunshots were.

Pairing the Max with the PS5’s 3D Audio was more impressive. After some fiddling in the PS5 settings and testing in Elden Ring, I found a setup that gave me a full, rich landscape of music and game sounds. I could hear the wind rustling through the grass, the fluttering cloth of a flag, the crunch of my footsteps, and the nearby cries of warring monsters, all layered upon one another. It drew me further into the game world.

The Turtle Beach Stealth 700 Gen 2 Max is available now for $200/£180 through Turtle Beach’s website, Amazon, and other digital retailers.