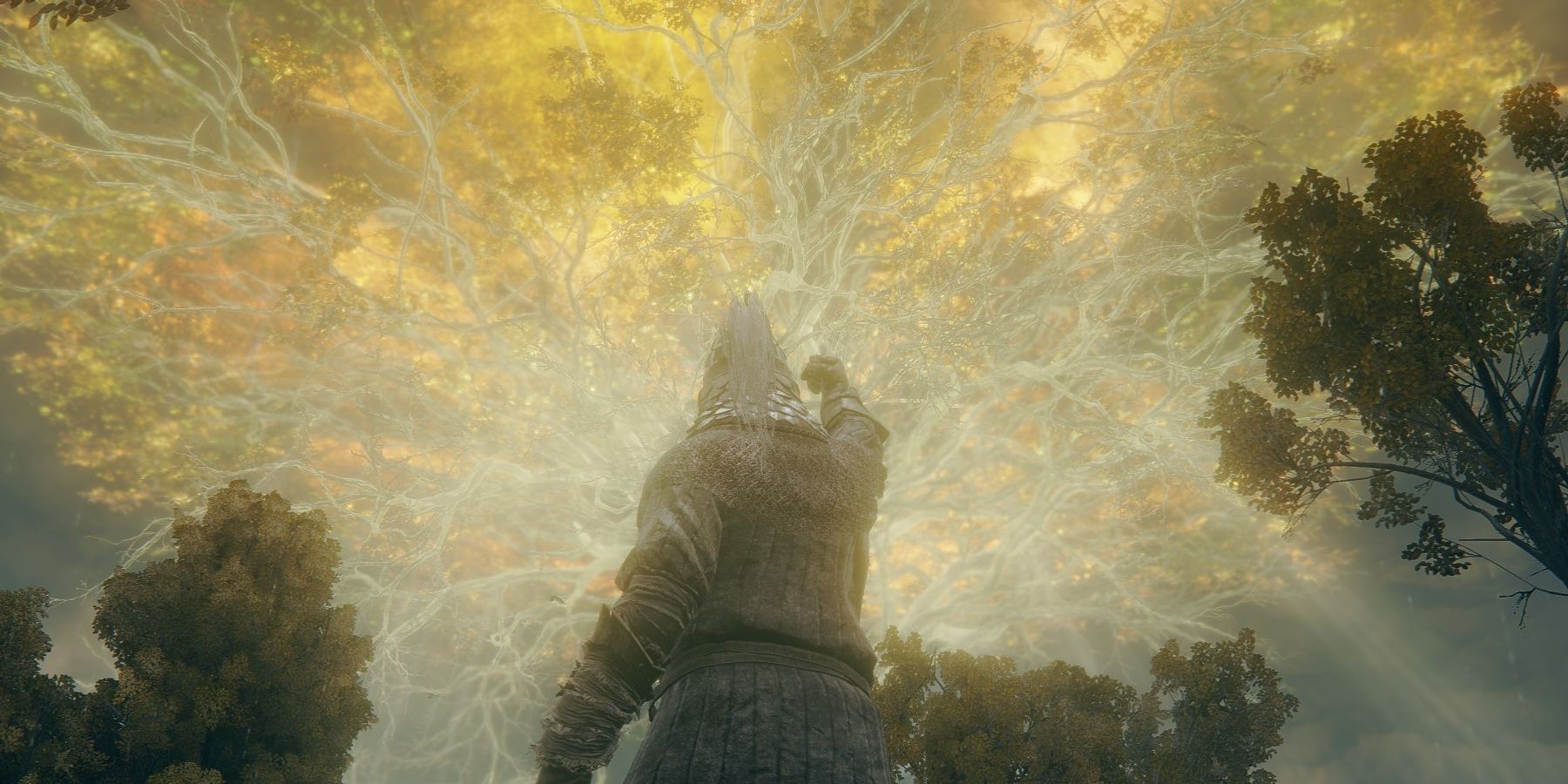 
FromSoftware games are known throughout the gaming industry for their cryptic and deep worlds, and the studio’s latest release, Elden Ring, is no exception. These games invite players to learn the story and lore, not through text walls or extended conversations with NPCs, but through the world itself. Of course, this means it is important to find a balance between player exploration and environmental storytelling.

Elden Ring in particular is designed in this way. However, this game takes its environmental storytelling to another level, mastering the balancing act of exploration and understanding the setting through an open world outlet. The whole setting is intentionally designed to add to the overarching narrative of the game.

RELATED: Who Is Hidetaka Miyazaki’s Favorite Boss in Elden Ring?

From the first step into Limgrave, players behold ruins. Elden Ring‘s world, The Lands Between, has undergone a cataclysm known as the Shattering. The world is suffering the outcome of this great war between demigods, and that devestation is apparent everywhere. The landscape is dotted with ruined villages, collapsed churches, and desolate cities, allowing player to really feel the history of this world. This is nothing new to gaming, but it’s the way Elden Ring uses its environmental storytelling that separates it from other games.

Players are can glean deep insights into the history of the world from looking around. A formula budding from the Dark Souls series is implemented here in a vast open world where progression of the story is an important aspect that must remain consistent across unhindered exploration. No matter what path players choose to follow first, whether that’s heading straight to Caelid or to Raya Lucaria, the story will unfold before them. As it does, it fits perfectly into the overarching narrative of the Shattering. Players can see a once beautiful academy driven to madness within Raya Lucaria and a corrupt and rotting landscape tainted by war in Caelid.

Of course, these landscapes are also reflections of the story bosses. For instance, facing Margit the Fell Omen is symbolic because of the environment in which the player fights him. The battle taking place on the bridge to enter Stormveil Castle is important because, if the player is following a linear path forward, Margit represents a first real challenge. The bridge is the crossing from a rising action into the rest of the story, and Margit is the obstacle players must overcome.

Elden Ring intentionally reflects the player’s journey through level design. Where Margit and Stormveil represent the player’s growth from lowly tarnished, to adventurer, climbing the Erdtree represents the ascent to heroism. Additionally, the Capital around the Erdtree itself tells a tale of warfare and failure. Environmental clues like dead soldiers, ruined siege equipment, and destroyed buildings all convey the weight of the Shattering and indicate not even the Capital was safe.

Where other games explain a setting through description or NPC explanation, Elden Ring weaves its story into its locations. Nothing is placed where it is purely by accident or for aesthetic. The environment of the Lands Between both asks — and often answers — the question of what happened here.

More than anything, Elden Ring‘s environmental storytelling is an effective way to keep the player engaged. It’s about discovery and asking questions that can be developed by playing. Where a player may discover a pile of corpses or destroyed wagons, a dragon may be laying in wait just ahead. This concept applies just as much to small events as it does to the main story.

Of course, players get out of the environmental storytelling of Elden Ring what they put in. Those who would rather run through areas than look for story clues or lore will likely miss things. However, players who care about uncovering story elements will find it all around them in the Lands Between.

Elden Ring uses its world to tell its deep story in a way that’s unlike any other game. It masters a fusion of setting, symbolism, and player exploration. It is within this fusion that Elden Ring masters the art of environmental storytelling. From locations to characters, every new area in the Lands Between tells a story; the player just needs to look to find it.