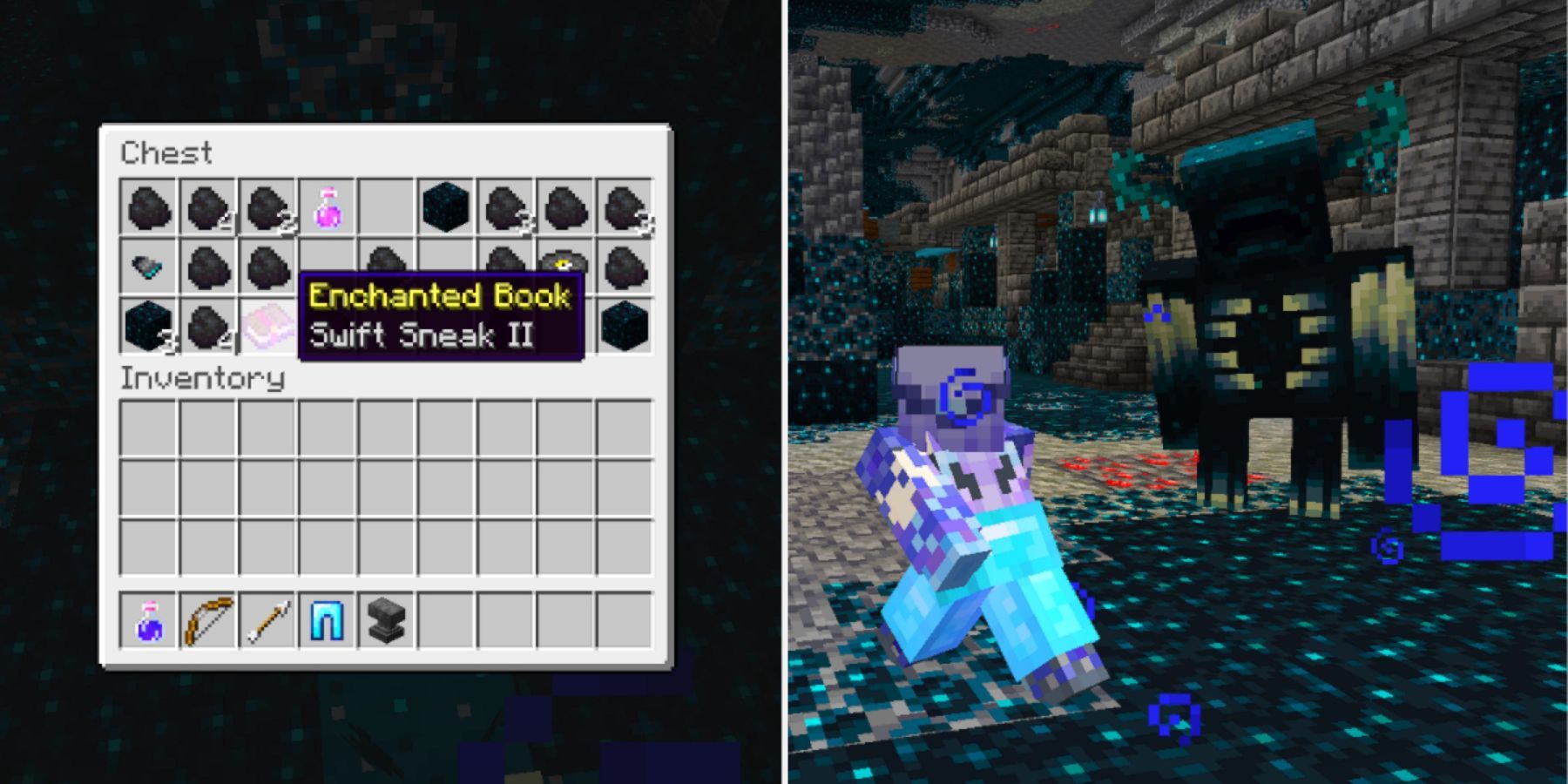 
It’s rare to see a new enchantment added to Minecraft, but the Wild Update delivers an exception from Mojang. A new enchantment called Swift Sneak is now available to players and is very different from the style of enchantments seen before in the game.

RELATED: Minecraft: How To Craft A Recovery Compass (& What It Does)

While most enchantments deal with damage protection, Swift Sneak is similar to Depth Strider in the sense that it increases the movement speed of the player under certain special conditions. Here’s where the enchantment book spawns, and how it can be best used by players in Minecraft.

Where To Find Swift Sneak Enchantment

The only loot chests that spawn Swift Sneak are treasure chests located inside Ancient Cities. These new structures are found in deep dark biomes, which are special biomes players can sometimes find at extremely low elevations in caves. It’s also where the Warden spawns and the biome is marked by its sculk blocks.

How To Use The Swift Sneak Enchantment

This enchantment book can only be applied to leg armor, so leggings of any tier will do. Simply place the book and the leggings on the anvil interface to apply the enchantment on the armor piece.

Swift Sneak comes in three tiers, from Swift Sneak I to Swift Sneak III. The fourth and fifth tiers are only available through commands. Each tier increases the player’s walking speed while crouching by 15%. The first tier starts at a 45% faster walking speed, while the third tier provides a 75% speed boost while crouched.

This is a niche enchantment, though it’s easy to see why Mojang may have implemented this, given the introduction of the Warden and its ability to hear player footsteps. As such, when exploring the deep dark biomes, having these Swift Sneak leggings might be a good idea for players wanting to avoid alerting the Warden.

Minecraft is available on multiple platforms, such as PC, PlayStation 4, Xbox One, Nintendo Switch, and Android and iOS devices.