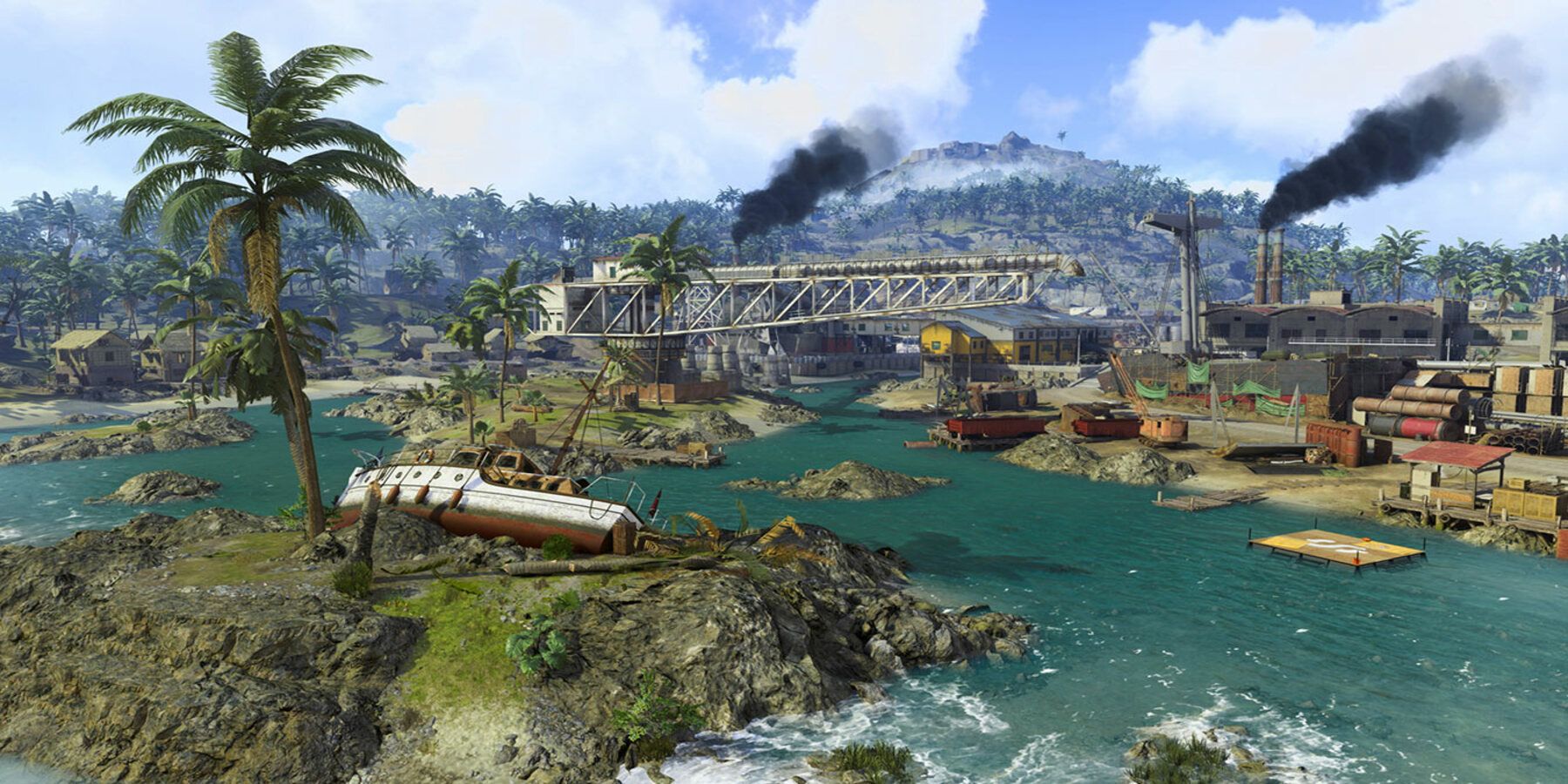 
Information on the new Call of Duty: Warzone has been leaking consistently in recent months, with insiders sharing a number of details about the battle royale title. Some of the most interesting reports deal with the game’s map, with insiders comparing it to Blackout and suggesting that it will feature several locations from the original Modern Warfare 2. While all leaks should be taken with a grain of salt, the sources sharing this info are reliable.

A mockup of the leaked Call of Duty: Warzone 2.0 map suggests that a massive body of water will be present at the bottom of the play space. While swimming will apparently be possible in the updated version of Warzone, this area could still be detrimental to the experience if not done right. After all, players could find themselves frustrated if the sea combat is not fun, and if the area is just open water, the overall flow of the map could suffer.

Obviously, the most important thing to get right with a water area will be the swimming mechanics. Players need to feel decently fast and like they have full control over their Operators when in the water, and being able to shoot while swimming is a must. Fortunately, Treyarch has featured a solid swimming mechanic within its Black Ops games for years, something that could be a good influence when crafting Warzone 2.0’s own swimming system.

Sea-based vehicles will be a crucial addition as well, though Raven Software needs to be careful with their inclusion. Broken Call of Duty: Warzone vehicles are nothing new, as many will surely remember the invisibility glitch caused by the attack helicopter. With that vehicle needing to be taken out of the game multiple times, ensuring that sea vehicles are more polished will be crucial. A bit of variety would be nice too, with jet skis and gunboats both featuring.

The biggest thing to avoid with the water area is the feeling that it is completely empty. Based on the leaked Call of Duty: Warzone 2.0 map, the entire south section is surrounded by water. With such a large area of the map dedicated to what looks to be an ocean, making sure that it is not vacant of anything to do will be crucial. There could be some fun ways to accomplish this, ranging from islands and cargo ships to underwater military bases. Supply crates being scattered underwater could also be a fun touch.

If the new map’s water area is essentially just extra space, though, Raven Software needs to make sure that the final circle cannot end up in the empty body of water. While being able to fight on a ship or island could be fun, players needing to swim out to an enemy could prove to be a lot less enjoyable. It is easy to imagine content creators and pro players getting frustrated by a feature like this, as they could dominate a match but lose the final fight since they are forced to engage with Warzone 2.0‘s swimming mechanic.

To make sure that Call of Duty: Warzone 2.0 pleases fans, the new map’s use of water cannot be intrusive. It should be a positive addition to the experience instead of the map’s main focus, with small water areas and limited swimming seen throughout the Caldera replacement. As for the large body of water to the south of the leaked map, it should not be entirely empty, ideally having some small points of interest in the sea that can be accessed by boat. Most of all, the final circle should never move to the center of the ocean, as gamers should always be on equal footing for the last battle. If approached carefully, and treated as a minor but well-thought-out addition, a water area could be beneficial.