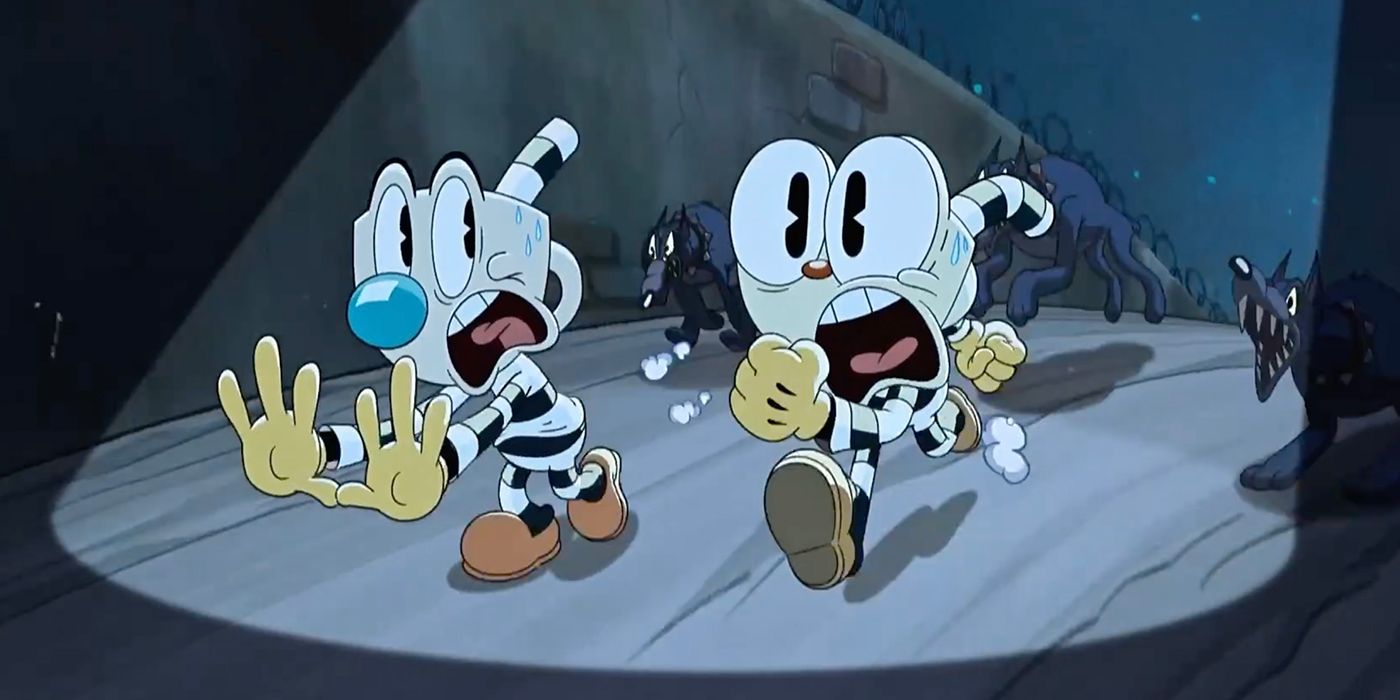 
The Cuphead Show! season 2 teaser arrives revealing an August premiere date for the animated series and giving a tease of the new adventures.

The Devil is coming back with a vengeance in the first The Cuphead Show! season 2 teaser. The animated Netflix series is based on Studio MDHR’s eponymous video game, which saw players control Cuphead and his brother Mugman as they accidentally bet away their souls at the Devil’s casino and must repossess the souls of runaway debtors to satiate the Devil. Cuphead scored rave reviews from critics for its classic animation style, gameplay and soundtrack, though its difficulty has been met with divided reviews from critics and gamers alike.

The Cuphead Show! takes a broader approach to adapting the game as it explores the random misadventures of Cuphead and Mugman, as well as their parental figure Elder Kettle, while still touching upon their interactions with the Devil. Tru Valentino and Frank Todaro lead the cast of the series as Cuphead and Mugman alongside Joe Hanna, Grey DeLisle, Luke Millington-Drake as the Devil and Wayne Brady as King Dice. Just a few months after its premiere, The Cuphead Show! is already gearing up to make its return.

Related: Everything We Know About The Cuphead Show! Season 2

As part of the streaming platform’s Geeked Week, Netflix has released the first The Cuphead Show! season 2 teaser. The video offers a look at the new adventures of Cuphead, Mugman and Elder Kettle as well as revealing an August premiere date for the next chapter of the animated series. Check out the trailer below:

Though only a brief teaser in its runtime and featuring footage from its debut season, The Cuphead Show! season 2 teaser offers plenty of exciting teases of what’s to come from the next season of the animated series. The season 1 finale saw Cuphead and Mugman hauled off to prison after becoming friends with Grey DeLisle’s con artist Ms. Chalice, with the season 2 trailer hinting at their jail break and Ms. Chalice working to apologize for letting them take the fall for her. The trailer also teases the return of the Devil as he continues his efforts to claim Cuphead’s soul, which has frequently failed as he and Mugman have outwitted him.

Given The Cuphead Show! season 2 teaser utilizes footage from previous episodes, one thing that remains unclear is whether Wayne Brady’s King Dice will make his return to the fold. Season 1 saw the Devil fire King Dice from hosting his game show after he failed to acquire Cuphead’s soul, but given the character’s popularity as one of the final bosses from the Cuphead game, it seems likely he could make another appearance in the new season. Only time will tell when The Cuphead Show! season 2 premieres on August 19.

More: Every Game Boss That Appeared In The Cuphead Show! (So Far)

The Boys Just Hinted At Queen Maeve Dying In Season 3

Grant Hermanns is a News Writer, Interviewer and Hiring Manager for Screen Rant, having joined the team in early 2021. Way back in 2015 while still in his college days, Grant got his start in the entertainment journalism industry with creator-friendly site Moviepilot until it shuttered nearly three years later. From there he joined the staff at ComingSoon.net and was its Associate Editor prior to coming over to Screen Rant.

To say he’s a lover of film and television would be an understatement and when he’s not mass consuming either you can find him exploring the world of Dungeons & Dragons with friends or slowly making his way through his gaming backlog.