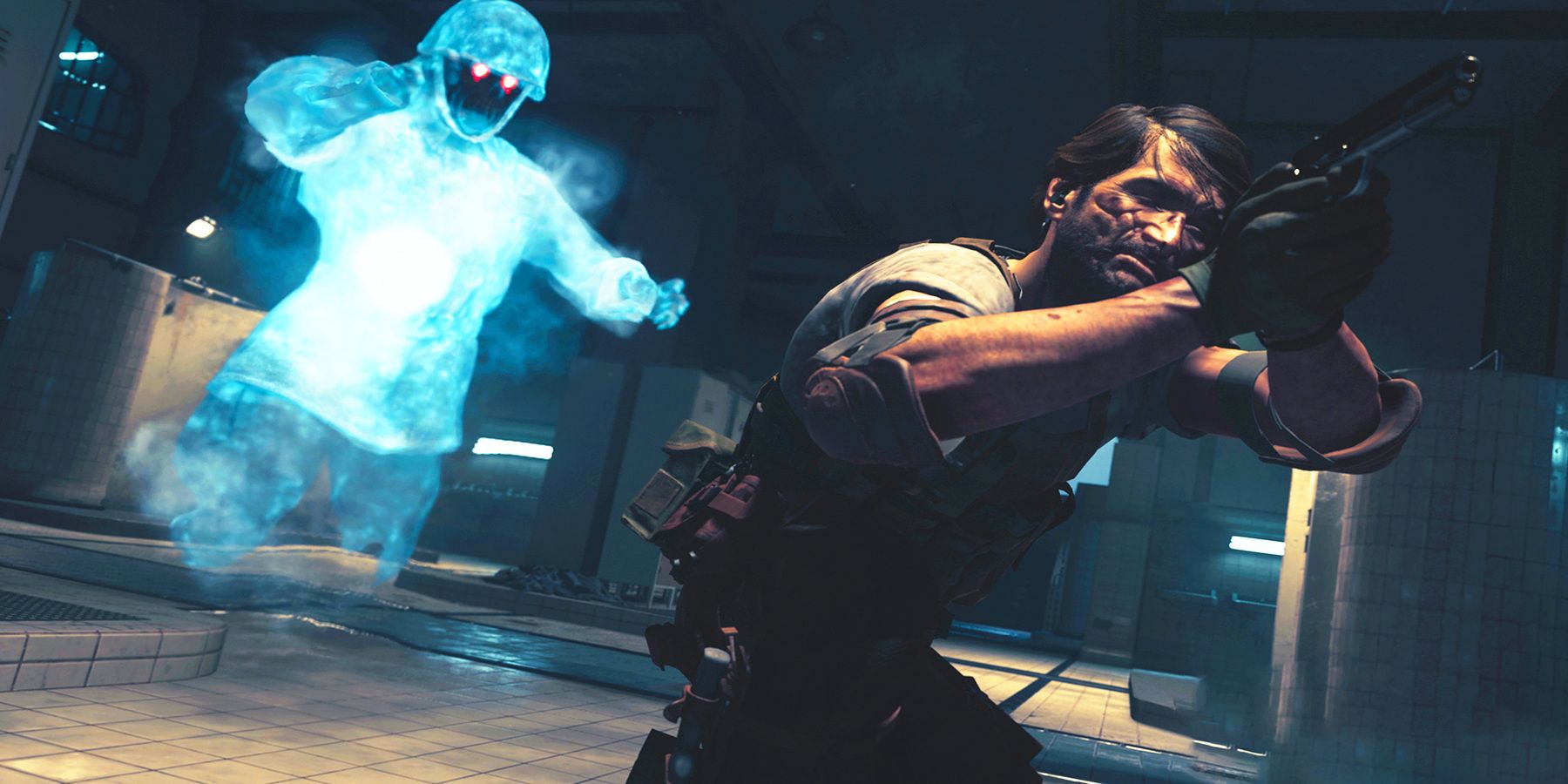 
While Call of Duty: Warzone 2.0 has not been properly revealed, insiders have ensured that gamers know plenty about the game through leaks and rumors. Though all leaks should be taken with a grain of salt, the information is promising, suggesting that features like interrogations, NPC-filled Strongholds, and swimming will come to Call of Duty: Warzone very soon.

Assuming that these leaks are accurate, Call of Duty: Warzone 2.0 fans also have a good idea of the locations that will feature on the map. Supposedly, there will be a large body of water surrounding a Blackout-like map comprised of areas from the original Call of Duty: Modern Warfare 2. However, the new points of interest are also interesting, as the leaked Graveyard area seems perfect for Easter eggs.

Call of Duty: Warzone 2.0’s Graveyard Could Be Full of Secrets

When thinking about the Easter eggs that could feature in Call of Duty: Warzone’s graveyard, something Zombies-related seems like a no-brainer. Call of Duty: Warzone has had Zombies before, with the undead slowly spreading across the map before the Nuking of Verdansk. While it could be fun to have Zombies randomly spawning in at the graveyard, like with the Zombies locations from Blackout, Raven Software could go out of the way to make their inclusion more special.

Call of Duty: Warzone players could need to go out of the way to trigger the undead, completing a small quest to make Zombies spawn at the graveyard. This could involve finding an item at another part of the map and bringing it to the graveyard point of interest, or interacting with the headstones in a particular order. Once done, players could have to defeat a wave of Zombies similar to the living mannequins from Nuketown to unlock one of the graves in the area. By looting this grave they could get a special blueprint similar to the one from Rebirth Island’s Easter egg.

A simpler Easter egg could be tied to the headstones of this leaked graveyard area. Raven could use them as homages to characters that have died in past Call of Duty campaigns. This could include figures like Makarov, Reznov, Roach, and many others, with the graveyard serving as a celebration of the past. New characters who die in the upcoming Modern Warfare 2 could also be featured within this graveyard, too.

A graveyard also seems like a perfect area to include some ghosts, with creepy noises heard when exploring the area and more prominent scares happening during Call of Duty: Warzone’s popular Haunting event. Whether these ghosts are just used to creep players out, serve as jump scares, or work as enemies to fight would be up to Raven Software. Still, they are yet another option for the developer if it wants to make the graveyard stand out more from other points of interest on the upcoming map.

One last secret could allow Call of Duty: Warzone players to enter some catacombs, hunting down a key to unlock an underground area that is filled with supply crates. Working like Call of Duty: Warzone’s vaults, players could be motivated to rush to the graveyard and open up an underground section once they have a key. This could lead to a lot of intense fights where players battle over the key and the loot that it allows access to. Though there is always a chance that the graveyard is a small area with nothing special to find, the very concept of the location opens it up to some fun features like hidden areas and fun references.

Call of Duty: Warzone is available now on PC, PS4, and Xbox One.