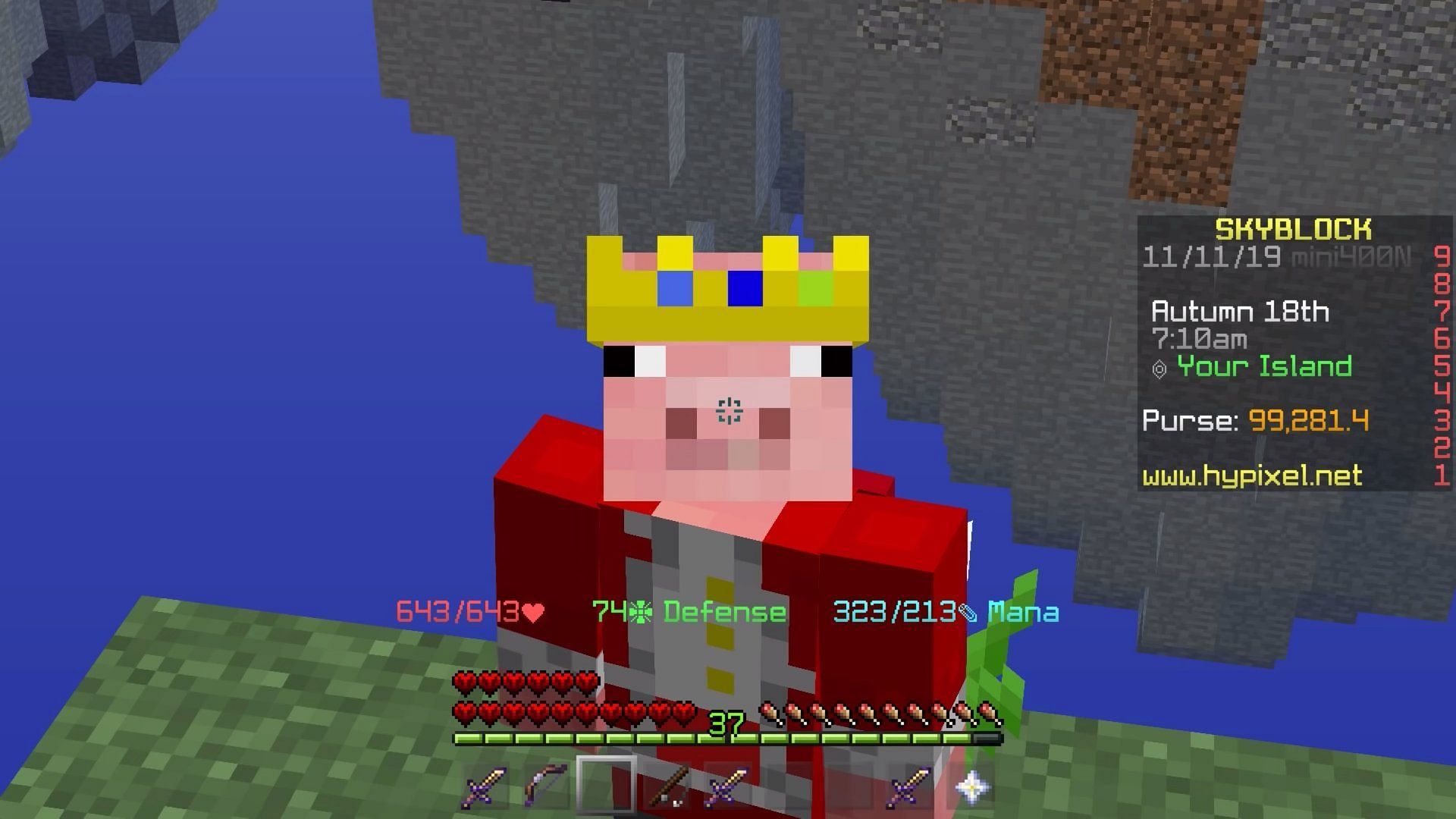 
Technoblade is a former competitor in the Minecraft Championship. He’s revered for being one of the most skilled competitors when it comes to player-versus-player combat. This is further proven by his record of consistently placing no lower than tenth place, individually, for each of the 11 events he’s taken part in.

Technoblade is an all-around skilled competitor, which makes him fearsome to face head-to-head on the battlefield. He’s notoriously good at finding exploits in minigames, and using those exploits to his own (and his team’s) advantage. This leads to impressive one-time performances, as well as improvements to the minigames overall.

In this article, we’ll count down five of Technoblade’s most impressive plays throughout Minecraft Championships.

5 most impressive plays by Technoblade in the Minecraft Championship, ranked

In MCC 2, there used to be an item-collecting minigame titled Lockout Bingo. Techno quickly discovered that the most efficient way to collect items wasn’t actually by collecting them, but by killing other players and taking their items.

He managed to get two full bingos on his card by slaughtering other competitors and taking their items, as well as filling in a plethora of other spots on his sheet. This maneuver landed him and his team in first place for the round, with a whopping total of 3,200 coins.

MCC 4 is revered for being the event where Techno became part of Sleepy Bois Inc. (consisting of: Wilbur Soot, Ph1LzA, and TommyInnit). That said, it was as much of a fundamentally successful event as it was a fan-favorite MCC.

Techno and his team managed to come in first place for the overall event win, earning 24,342 coins throughout the event and sweeping the final activity, Dodgebolt. What’s more? Techno came in first place individually as well, scoring over a thousand more coins than the second placing competitor, Brandon “PeteZahHutt” Clemont.

Techno is infamous for his insane talents when it comes to player-versus-player combat. During MCC 5’s Survival Games, Techno proved, once again, that even when he’s outnumbered he won’t go down without a fight.

Techno managed to take out three out of the four members of Team Cyan Creepers (Michaelmcchill, Mefs, and Captain Puffy). He used an impressive technique that utilized getting his opponents stuck in cobwebs and shooting at them from a distance until they were low enough in health for him to clean up the kills with hand-to-hand combat.

Despite burning to death immediately after scoring these three kills, that impressive of a play will forever go down in the history of MCC.

Technoblade and his team (consisting of: Wilbur Soot, Ph1LzA, and Seapeekay) conspired a game-breaking strategy that later led to a major change in the rules of Big Sales at Build Mart.

Their strategy consisted of assigning each member of the team a shopping list of blocks to obtain. After all the blocks were gathered together, they started re-creating each of the builds to cut down on the time spent going back and forth collecting blocks.

This strategy proved extremely effective, although many fans (and even some of the team members themselves) began to doubt the strategy, they placed first in the minigame with an impressive total of 2,712 coins.

Techno later explained the thought behind the strategy, crediting the idea of the shopping list to Will “Wilbur Soot” Gold. Technoblade spent six hours reviewing footage of every single Build Mart to have been played in MCC.

The amount of effort that went into such a strategy is commendable, even though the rules were later changed to prevent another strategy like this from occurring again.

In MCC 10, Technoblade proved, yet again, that he can (and will) utilize items to his advantage in order to get the most kills. He claimed an overwhelming fourteen kills at the end of Sky Battle, including his annihilation of two whole teams.

Not only did he use his incredible player-versus-player combat skills to help him score this many kills, but he used a couple of special items to help him secure as many kills as he did towards the end of the round. Techno used a few creeper spawn eggs to knock Team Green Guardians out of hiding, killing Quig, LDShadowLady, and Shubble.

Until MCC 11, Techno held the highest amount of kills scored in a single round of Sky Battle with an impressive 14 kills during MCC 10.

The Minecraft Championship (MCC) is a series of monthly events that began on November 17, 2019. Since its debut, the event has been coordinated by The Noxcrew and Scott “Smajor” Major. The latter is notorious for assembling each of the ten, four-player teams that participate in each Minecraft Championship.

The event consists of ten, four-player teams that compete in a series of nine minigames that serve to test competitors’ skills in a variety of different areas within Minecraft. These skills can range from anything as talent-oriented as parkour or player-versus-player combat, to more general skills like puzzle-solving and teamwork.