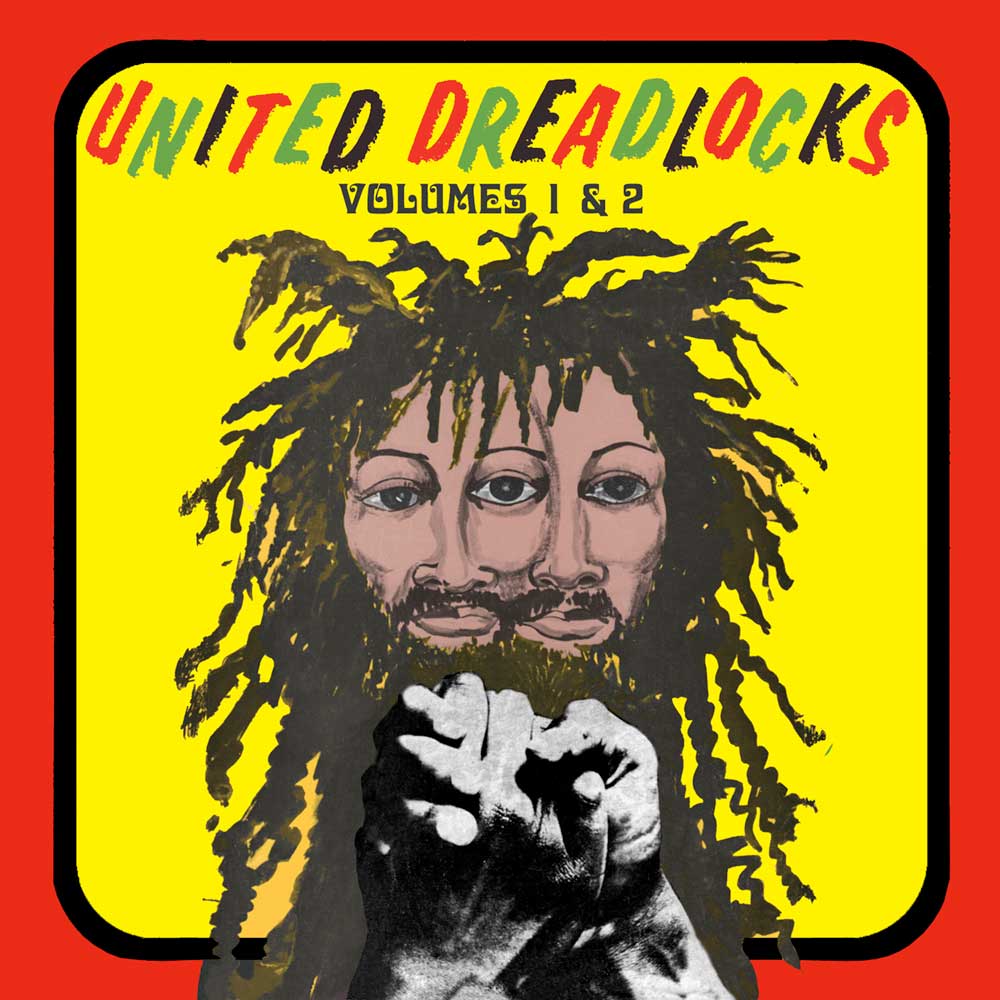 Reissue of two classic roots reggae compilations from the late 1970s, plus two dozen bonus tracks. Ossie Hibbert produced the first United Dreadlocks album and The Mighty Two Joe Gibbs and Errol Thompson were behind the desk for the rest, with artists featured including Dennis Brown, Gregory Isaacs and Junior Byles. Ian Canty brings together the threads and the dread…

On the recent Doctor Bird reissue Never Endings Songs Of Love (reviewed here), it was evident that roots reggae was not a particularly good fit for Duke Reid. Away from the Treasure Isle, other Kingston producers adapted much better to what became the predominant sound in Jamaica from the middle of the 1970s onwards. Near the top of the list would have to be Joe Gibbs. Along with Errol Thompson he made up “The Mighty Two”, who definitely had the magic touch where roots was concerned. Seeing their name upon a 45 disc offered the same near-guarantee of 100% quality one would have received from a Lee Perry-produced disc.

The two volumes of United Dreadlocks emerged in the late 1970s, when The Mighty Two were pretty much an unstoppable force. Having said that, Ossie Hibbert oversaw the first United Dreadlocks LP and what a stellar job he did too. Not many of the tracks had been released on 45s prior to the album’s release, which was unusual. Producers typically banded popular singles together on an album after they had been hits, just to squeeze the utmost out of them, but here it was not the case. The fresh material already sounded like smashes and this made United Dreadlocks one of the best compilations of the time.

Gregory Isaacs and his very sunny sound Set The Children Free gives the first disc of United Dreadlocks an appetising and atmospheric beginning and he features later in a more romantic mood on Lovelight. Children Of Israel finds Dennis Brown in his pomp and at the top of his game and Whip Them Jah is also spot on, with both items penned by Brown and Hibbert. Junior Delgado shines on the Rasta augury of Devil’s Throne and Earth & Stone, who also recorded as The Officials, were a pairing of Clifton Howell and Albert Bailey. They had recorded since the middle of the 1970s for a variety of labels including Channel One and High Note and while they may have been one of Gibbs’ lesser lights, their Wicked Have Fe Dressback is satisfying and with an easy charm.

A dubby Tribulation by Joy White is a prime roots artefact that shows the scope for crossing over into the soon to be fashionable lovers rock. Junior Ross & The Spear, aka brothers Cliff and Tony Palmer, have two numbers that follow in quick succession, with Judgement Time and the busy beat of Rastaman Say being impressive items. Marcia by Freddie McKay rounds off the original United Dreadlocks album in a really cool and stylish way.

The first disc here has twelve bonus items drawn from the Gibbs/Thompson archives. Gregory Isaacs returns with Babylon Too Tough, which took Dennis Brown’s Easy Take It Easy as inspiration. Equipped with a smart and jerky rhythm, prolific roots singer Glen Washington’s Rockers Nu Crackers is just made for the dancefloor and Bob Melody’s Jah Bring I Joy is very much updated rocksteady for the roots scene. Melody also shows up well on the brass-led I’ll Never Be Lonely, but talking of a more modern take on the sound of the late 1960s, ska/rocksteady heroes The Ethiopians give us Bend Your Belly which thrives on the band’s vocal strengths and Silford Walker’s Jah Golden Pen has subtle keys that substantially enhance a dread song full of attitude.

Derek Thompson aka Shorty The President rides a r&b-influenced dub on No Peace in a tough DJ style and reggae talkover legend Prince Far I imbues Deck Of Cards with such gravity that one could almost forget Max Bygraves’ version. He also finishes off this disc with a paean to a cricket legend in Tribute To Michael Holding.

Given the success of United Dreadlocks, it was no surprise when a second volume followed. Showing the depth of talent The Mighty Two had at their disposal, only Dennis Brown returns from the previous album with a pair of efforts, a brilliant piece of spiritual reggae in Vineyard and Hooligan, endowed with a truly infectious steady rhythm. Randolph “Ruddy” Thomas, also a percussionist who played in Gibbs’ backing outfit The Professionals, starts things off on disc two with a sweetly performed Close To Me and he returns later with the nostalgic modern rocksteady melody Memories.

George Nooks also worked under the name Prince Mohammad and here he gives us a deep sound in The Creator. Cornel Campbell was already a veteran recording artist at the time of the catchy pop reggae number Wise Bird and he also has the great No Man’s Land among the bonuses on this disc. The Afriques are a pretty obscure outfit that don’t seem to have recorded much else other than the Cool It Brothers single on Gibbs’ Belmont Record imprint and their vocal group approach works well cut to this breathless tempo.

Also something of an unknown quantity, Ferris Thomas is represented by Set Up Yourself, which appears to be his only recording and is quite delightful. Much better known of course is roots reggae legend Junior Byles, who gives us a cool Heart And Soul and United Dreadlocks Volume 2 closes with Marcia Aitken’s My Man, where The Techniques’ My Girl is reworked in zesty fashion for the lovers rock crowd.

Again on this second disc we get another dozen bonuses and amongst them is monster hit single Uptown Top Ranking by Althea (Forrest) & Donna (Reid). This was a feisty riposte to Trinity’s DJ dub boast Three Piece Suit and that track precedes it in the extras section. What is probably Prince Far I’s signature toast Under Heavy Manners kicks off the bonus tracks here with flair and power and Shorty is back with the comic and confident Natty Pass His GCE. George Nooks’ Tribal War shapes up as an inventive, addictive roots tune and Marcia Aitken also figures again with a couple of aces in bouncy and full Boy A Love You and I’m Still In Love With You Boy, a version of Alton Ellis’ rocksteady classic I’m Still In Love which provided the rhythm for Three Piece Suit/Uptown Top Ranking.

The big guns come thick and fast towards the end of this disc, with Max Romeo’s Stop Picking On Me being an admirable display of his skill with a song and a version of the Bob Marley/Curtis Mayfield offering Keep On Moving by The Mighty Diamonds also figures. Finally Culture finish things off with their punk club classic Two Sevens Clash – which is a hell of an inspiring way to got out on.

The statement that United Dreadlocks Volume 1&2 is a fine selection of roots reggae is pretty bleeding obvious, given the talent involved. Gibbs and Thompson were right at the peak of their production powers in the late 1970s and in their absence Ossie Hibbert does an excellent job on the first LP. With The Professionals in place providing high quality back up and the gifted rosters of singers that The Mighty Two could call on, it made them the combination to beat on the Kingston music scene. This collection has the standard in-depth sleeve notes and great design that Doctor Bird always seem to offer and as a listening experience it is top of the class. Roots compilations don’t come much better than this.

All words by Ian Canty – see his author profile here