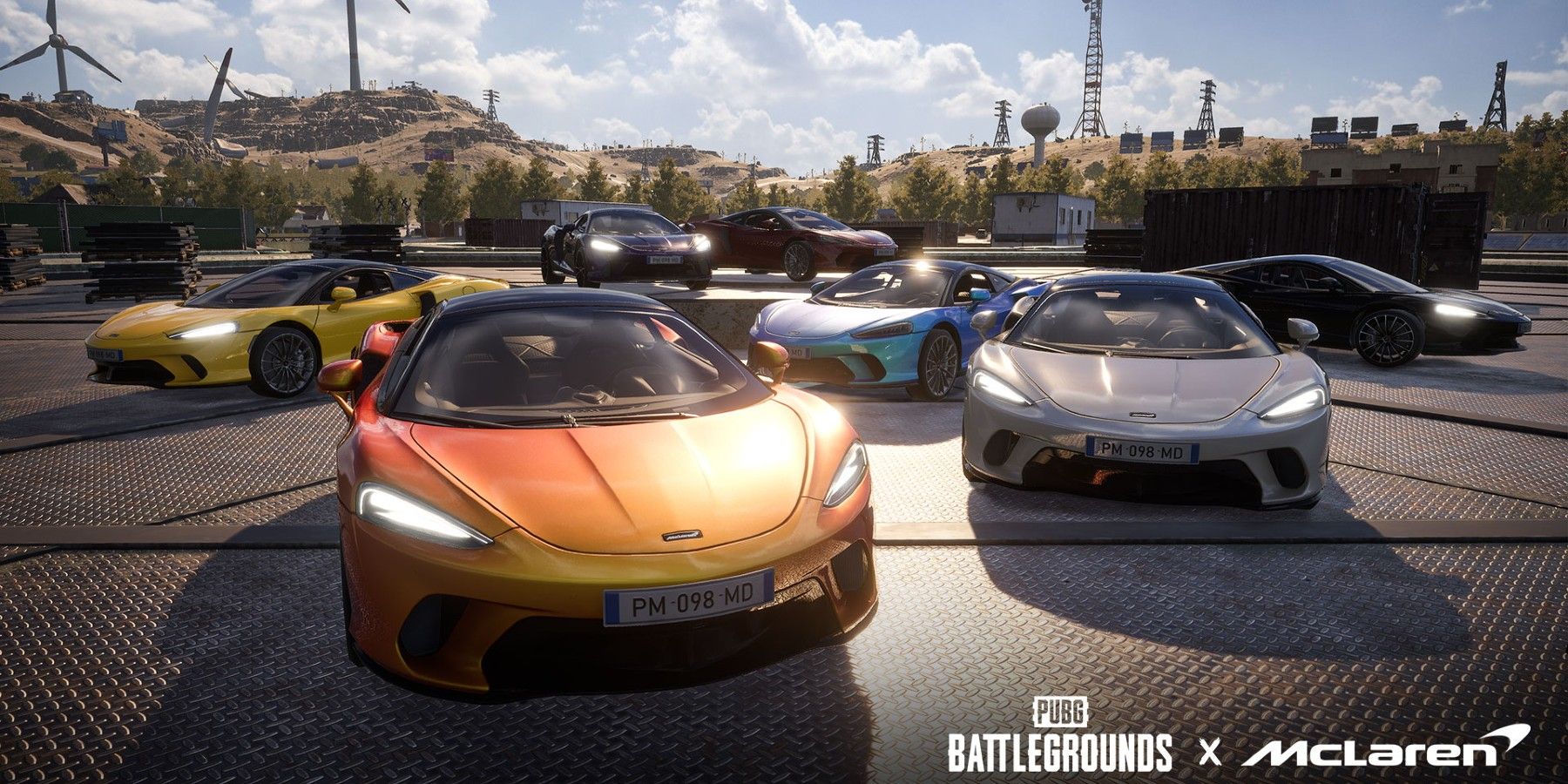 
Krafton, Inc. and McLaren Automotive have today announced a collaboration that will bring exclusive vehicle skins and items to PUBG: Battlegrounds. The luxury carmaker’s licensed items are first going to be available for PC and a little later to console players. The McLaren skins for PUBG: Battlegrounds will be available for a limited time and accessible throughout the game on different maps.

RELATED: PUBG Has Been Banned in India Again

The McLaren event follows in the footsteps of a similar limited-time PUBG crossover with Assassin’s Creed. In the new event, survivors can acquire McLaren GT Standard – Onyx Black vehicle skin as well as other special in-game loot from custom McLaren Loot Caches. These include costume, gear, emote, and other items. Also, the Coupe RB vehicle found in Miramar can be equipped with special McLaren skins by using a new vehicle interaction feature. As expected, performance is not affected by the skins.

The workshop will allow players to make a couple of other custom cars, McLaren GT Standard – Silica White and McLaren GT Elite – Volcano Yellow, by acquiring tokens from McLaren Loot Caches and Crafter Pass: McLaren. Both are sold during the event. There’s also a special McLaren container car that spawns on each map’s pre-match stage. These cars can only be interacted with by players with McLaren skins or their teammates. The cars are removed as the match starts.

Update 19.2 brings along the aforementioned food truck that players can use exclusively on Deston. The food truck has an open window that the up-to four passengers can shoot out of. Deston, which was released just before the previous PUBG Update 19.1, now also has an all-new weather system that features more realistic lighting and weather.

Krafton has also worked towards an update on animations. Now, this animation refresh is ready to be released and will be available as a part of the update. According to the developer, this will improve the player experience while not affecting the timing and strategy that has in part made PUBG: Battlegrounds so successful. Lastly, the update adds a new weapons attachment, Heavy Stock, that provides supported guns better recoil handling while reducing the aim down sight (ADS) timing.