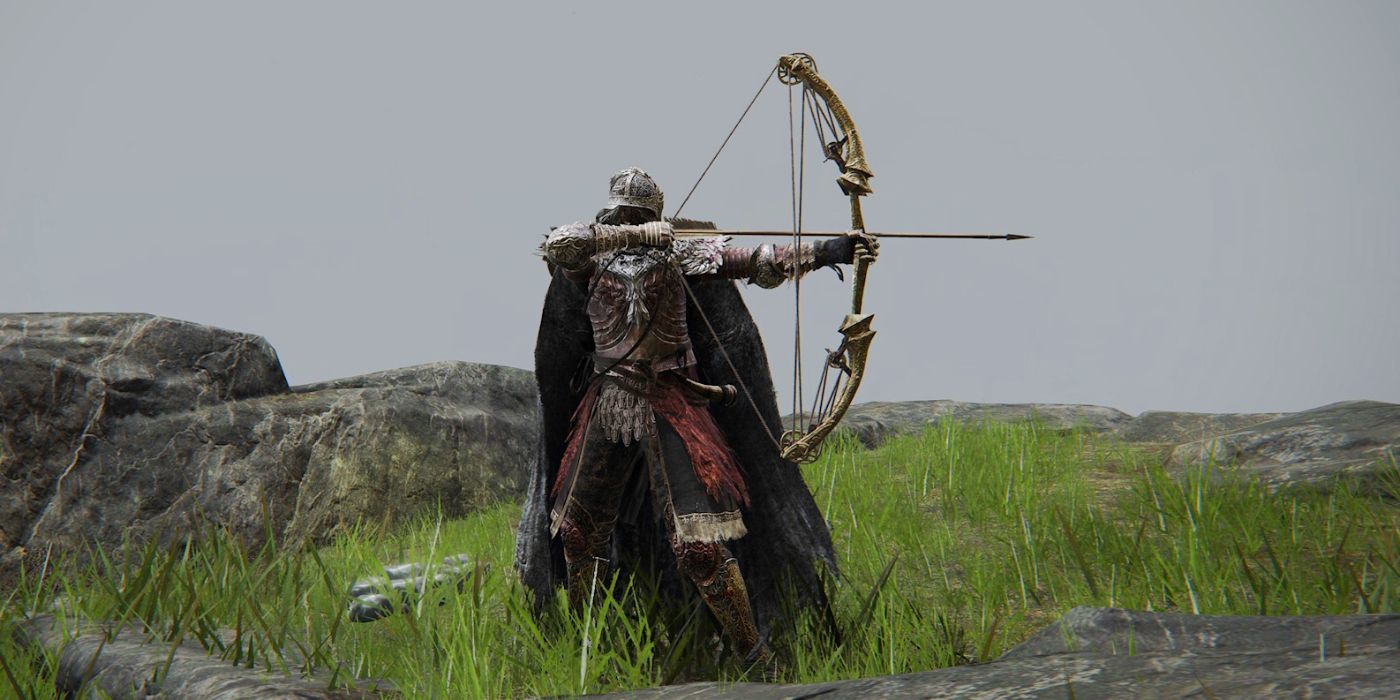 
Elden Ring’s PvP is often tough, but there are plenty of weapons and skills at the player’s disposal to survive any encounter, and some useful for dispatching those who refuse to participate. Every time a new session begins, players never know what build their opponent is going to use, making each fight feel both unique and tense. It can be a great time with the right group, but some players have been exploiting the PvP system through AFK farming. FromSoftware has yet to add a patch to fix this issue so in the meantime, but there are a couple of ways players can get back at the annoying farmers.

AFK farming isn’t from a new Elden Ring update, and is a long-standing, simple exploit that doesn’t require much effort, which is part of its appeal. Basically, a player loads into their game, finds a high spot to jump to with Torrent and sends them away. Next, they use the Taunter’s Tongue item to lure unsuspecting PvP players into their game. Once summoned, all the farmer needs to do is sit quietly until their opponent gets frustrated and quits out or dies, leaving behind some precious runes in the process. It’s a relatively easy method to quickly gain experience, but to other players trying to find good multiplayer sessions, it can be infuriating to load into a player’s world and waste time trying to find them. Even if the player does find the farmer, they usually can’t be reached to attack since riding on Elden Ring‘s Torrent is not allowed in PVP matches.

AFK farmers can be annoying, but one of the easier and more effective methods of reaching one is using the Ash of War called Rain of Arrows. It can be found in Caelid at the edge of a cliff southeast of the Eastern Minor Erdtree, after the player has found the Redmane painting. When fired, the player takes a low stance and then shoots an arrow into the air that splits into several before raining down on any locked-on enemy. Rain of Arrows is a relatively low-cost skill the player can fire from a safe distance. It’s an Elden Ring weapon that shouldn’t be ignored since it can reach farmers in most places, as the arrows spawn directly above the target. All that’s needed is a good line of sight and one or two hits. The only drawback is if the farmer is using Mimic’s Veil to stop the lock-on, but Rain of Arrows is just one method of retribution.

The Jar Cannon is one of the more novel weapons that FromSoftware has created over the years, and it’s perfect for wiping out AFK farmers. It uses any great bolt to fire shots from a long distance, and does great damage when loaded with explosive bolts. It can even be upgraded to +10 with Somber Smithing Stones, and makes for a fun weapon to use in an Elden Ring glass cannon build. The cannon is dropped by Demi-Human Queen Margot at the end of Volcano Cave north of Mt. Gelmir. It’s one of the easiest and most effective ways to take down an out-of-reach player. It can be slow to reload and requires two hands to wield, but by the time a target returns to their game, it may be too late.

Online games are well known for containing exploits that players take advantage of and Elden Ring is no exception. At least with these tools in hand, the player has a way to fight back and end their hidden opponent’s unearned kill streak. New Elden Ring PvP builds and strategies are being discovered and implemented throughout the community every day, and this may unfortunately extend to Elden Ring AFK farmers too. Until FromSoftware finds a way to fix such issues, it’s up to the players to balance the scales by taking out these players wherever they’re found.