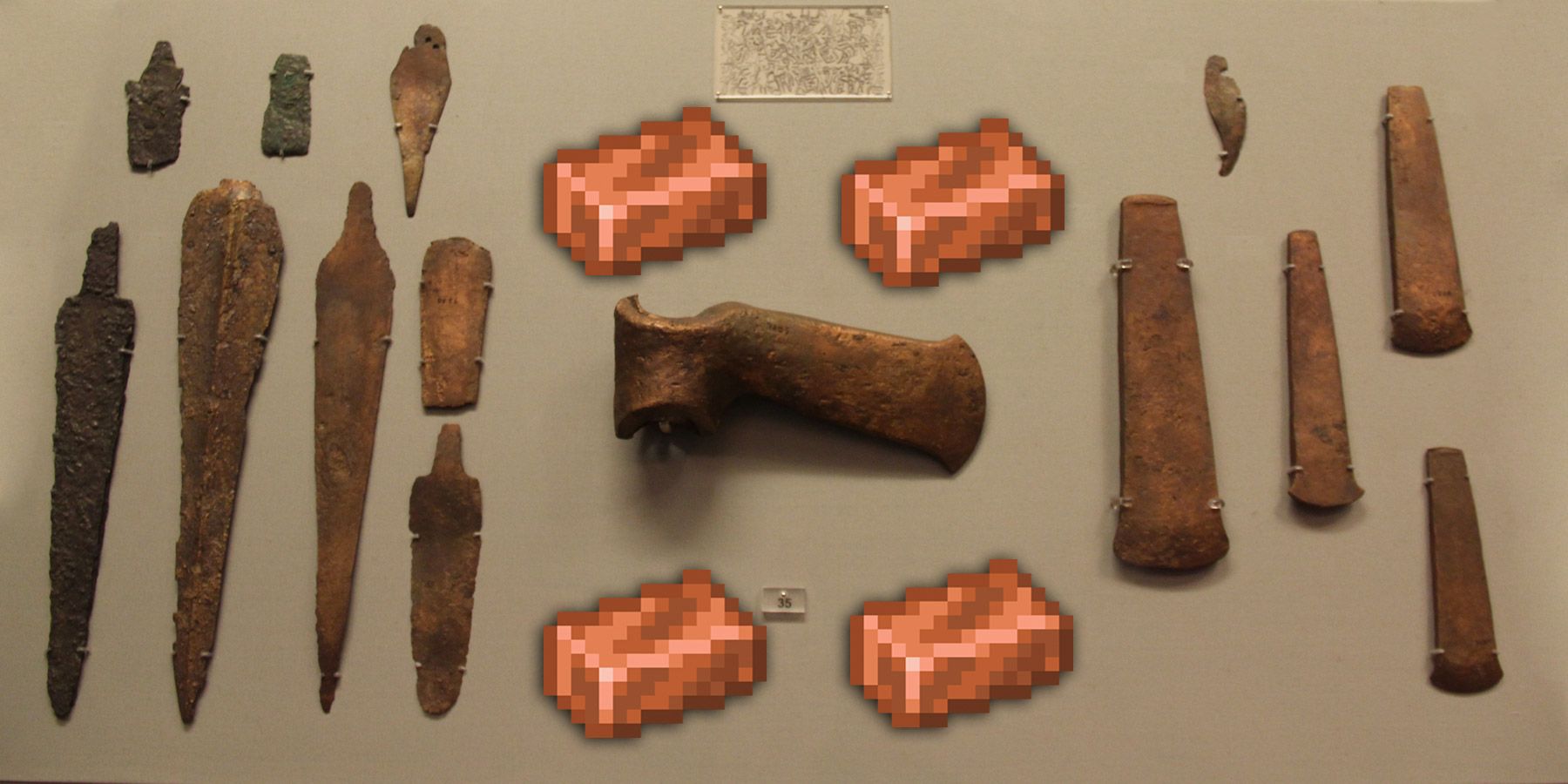 
Minecraft is a game that gives ultimate freedom to its players, allowing them to explore the world, build anything they can imagine, and defend themselves from mobs, all while playing through a particular progression that leads to other dimensions. While players are encouraged to play however they see fit, Minecraft’s progression relies heavily on the progression of ores that players are able to mine. One of the most recent additions to the game was the inclusion of copper, which has proven to be a popular block among builders, but also could point to a future update.

Copper is quickly becoming an essential ore in Minecraft, especially with updates often changing how certain objects work, however, Mojang may take copper a step further and usher in a new age for Minecraft players. Copper can be used as a stepping stone for players to acquire bronze, a more durable ore than copper, and one that has already been used in countless mods. Bronze could bring a new level for Minecraft players, and since the mineral is more durable than pure iron, it could work the same way in Minecraft, meaning that players will need to progress from iron tools to bronze tools before reaching diamonds.

Bronze in Minecraft could be an important ore as it would make early-game mining a lot easier and would give more uses to copper. In the many mods that include bronze, most of them require players to first find copper and tin, then combine them together to make a bronze ingot. Mojang should follow suit, and with its history of including certain content straight from mods, it is possible that Minecraft could get a Bronze Age update in the future.

Of course, there are other ways that Mojang could have players collect bronze from their world apart from combining copper with tin. Bronze could simply be like any other ore, generating in caves and mountains, waiting for players to find. However, the inclusion of tin, and the need to combine it with copper, could be the better choice, adding another layer of progression and making it a bit more challenging to acquire bronze.

Like iron and diamonds, bronze will most likely be used to craft tools, weapons, and armor that the player can use to build, kill, and protect themselves. Bronze is more durable than iron, and in the many mods of Minecraft that include the ore is a big step up from iron tools. This means that players will need to find bronze after they have progressed to iron tools, and could mean that diamond ore would require a bronze pickaxe to be mined.

In Minecraft mods like Mekanism, bronze plays a vital role in the ore progression and also includes many new tools such as the paxel, a multipurpose tool that can be used to mine trees and blocks as well as attack mobs. Bronze could also be used to craft new items such as musical instruments that could help players attract Wardens or even create their own music discs. The possibilities are endless for bronze in Minecraft, and including this resource could open the game up to multiple new tools and weapons for players to use in the mid-game.

Copper has proven to be a useful ore for players, and while it is not essential for the ore progression, its uses to prevent lighting from burning down buildings, and in the construction of spyglasses, makes it important for building and exploration. Bronze would be a step away from this, focusing more on giving players more reliable mining tools and weapons, as well as introducing possible new items and tools to the game. With Minecraft’s ever-expanding world, it is not out of the question that bronze will be the next ore added to the game, giving players even more to do in the already limitless worlds that Mojang continues to improve.