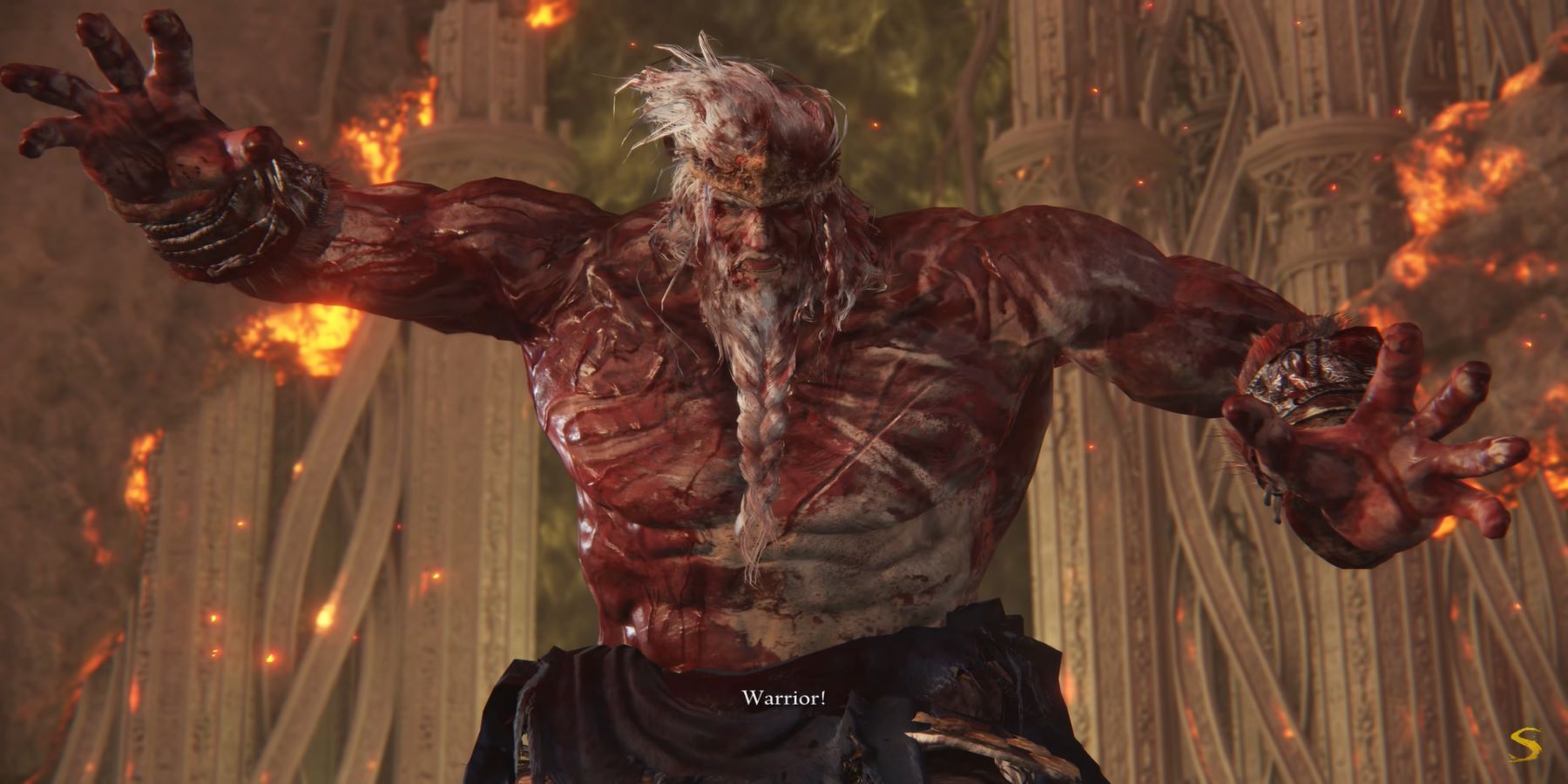 
One incredibly talented Elden Ring aficionado makes a fantastic painting of Hoarah Loux, one of the final bosses in the game.

Elden Ring‘s world contains more than 150 bosses, each with unique abilities and move sets that require gamers to always be on their toes during a fight. Many of these bosses leave a lasting impression. Some Elden Ring bosses have even amassed huge fanbases in different corners of the world, most notably Malenia. Please note that this article will have some SPOILERS for Elden Ring.

Besides Malenia, many other Elden Ring bosses have several admirers who often use art to show appreciation. Not long ago, a fan designed 3D printed sculptures of Godskin Duo. Following the pattern of dedicating artwork to Elden Ring bosses, another talented artist has created a Hoarah Loux painting.

RELATED: Elden Ring Fan Dresses Up As Let Me Solo Her At DragonCon 2022

Reddit user ADePietro uploaded an image on the social media platform showing their incredible painting of Hoarah Loux from Elden Ring, one of the endgame bosses. The picture shows Hoarah Loux in the center on a red background staring at the viewer with an intimidating look in his eyes. The Elden Ring boss seems to be preparing for one of his most devastating attacks, where he crosses his arms and dashes forward to grab the player. This attack is called Running Power Bomb, where Hoarah Loux flings the player in the air diagonally before slamming them to the ground.

ADePietro’s creation eventually caught the attention of the enormous Elden Ring community on Reddit, who showed appreciation for the art through over 2,500 upvotes. The post also received numerous positive comments from other users who encouraged the original poster to continue their work and paint more Elden Ring bosses. Meanwhile, some people were curious about the equipment used by ADePietro in their Hoarah Loux painting. The original poster clarified they used Clip Studio Paint software to create this art.

For those unaware, Hoarah Loux is one of the main story bosses from Elden Ring, who is the second form of Godfrey, The First Elden Lord. Players must make significant progress in the story to face Godfrey in his physical form. This boss fight is unlocked in the Leyndell, Capital of Ash area, after completing the Crumbling Farum Azula region. He drops a staggering 300,000 runes and the Remembrance of Hoarah Loux upon defeat. A spectral version of Godfrey appears as a boss in the Leyndell, Royal Capital region.