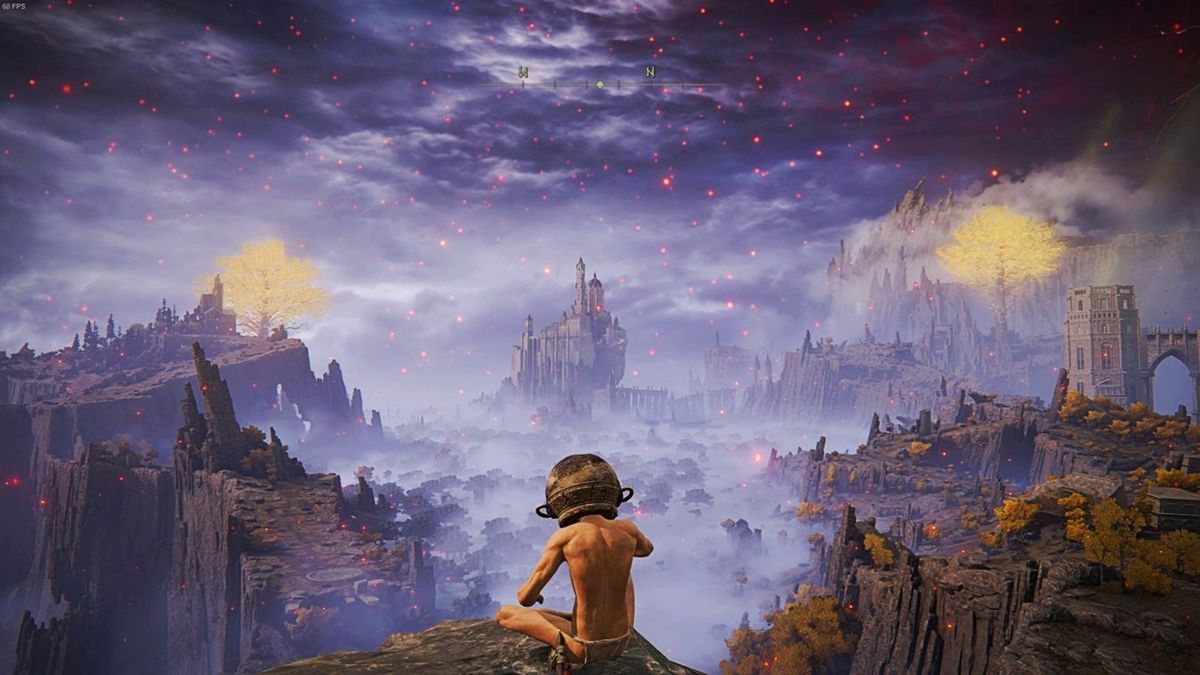 
Two official Elden Ring art books are slated to go on sale later this year… but only in Japan.

As spotted by our friends at PC Gamer, Famitsu (opens in new tab) has shared details of an Elden Ring art book so immense, it will ship in two separate 400-page volumes.

Scheduled to release on November 30, the first book (opens in new tab) will – according to my Duolingo Japanese and significant help from Google Translate – cover the game’s opening area and cinematics, concept art of the open world and dungeons, and art related to characters and armor, whilst the second (opens in new tab) covers enemy design, weapons, and “many item illustrations”.

As yet it’s unclear if the books will roll out to other territories, as prior FromSoft games have; we’ll check in with publisher Bandai Namco and confirm just as soon as we know more.

Though Elden Ring has many a memorable character, Goldmask is particularly special in that despite several run-ins with him throughout the game, the character never says a word, and only responds to your Tarnished’s dialogue with “…”.

Now, however, a dataminer has been able to find a single line of dialogue that was seemingly later cut. It occurs near the end of your adventure and your final meeting with, and it’s mind-blowing.

Hard to believe, I know, but did you catch the news that dataminers discovered that Elden Ring’s most notorious boss, Malenia, used to be even more difficult to beat than she already is?

By analyzing and playing through the 1.0 version of Elden Ring – that is, a version that’s been untouched by patches or changes since the original game was pressed to disc and played offline to avoid just such updates – a fan discovered several key differences with her attack pattern and abilities, making significantly more aggressive.

Total sales of Elden Ring now stand at 16.6 million. Since it launched back in February, Elden Ring players have been venturing to the Lands Between in record numbers and quickly become FromSoftware’s best-selling game ever, making it the best-selling game of 2022 in the US.