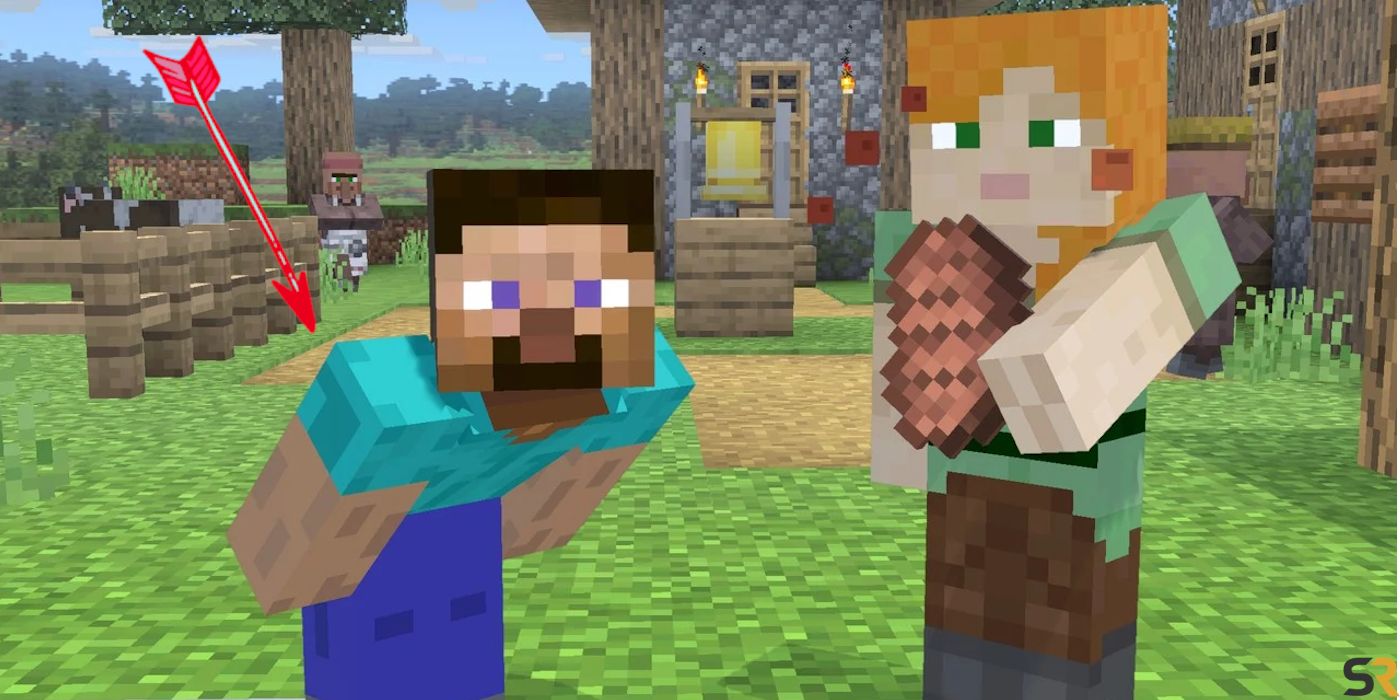 DLC for Super Smash Bros. Ultimate included long-requested characters like Banjo & Kazooie and Final Fantasy 7‘s Sephiroth. However, one of the most surprising additions was Minecraft‘s main characters, Steve and Alex. The blocky character’s unique moveset has many professional Smash players wanting to ban Steve from tournaments. Meanwhile, one new clip shows a Steve player making one of the luckiest dodges in the middle of an intense 1v1 match.

One Super Smash Bros. Ultimate pro recently captured a remarkably close call showing Minecraft‘s Steve dodging a deadly arrow right between their legs. Posted on Twitter by reflectionXIII, the player’s clip of the battle between Steve and Byleth from Fire Emblem can be seen below. The precision on display highlights how tight Nintendo has fine-tuned the competitive game’s hitboxes, ensuring that players hit and get hit when they are supposed to. The player used Steve’s unique shape and some incredibly lucky timing to avoid the attack that may have afforded them a vital lead.

A Narrow Miss To Minecraft’s Steve

Such a dodge would have easily caused a strong reaction from any Smash tournament’s audience. Unfortunately, Smash Bros. wasn’t in this year’s EVO tournament, which was a shock to many since the series has been one of the most popular multiplayer titles for over a decade. Sony recently purchased the yearly tournament that attracts players and audiences worldwide. Still, even before EVO was purchased by one of the company’s rivals, Nintendo had previously ordered cease and desists to prevent Smash from being at the tournament. It’s currently unknown if Smash will return for EVO 2023, but the odds are not great.

While Smash Bros. is no longer getting any new characters or the playtime it deserves at tournaments, fans are still enjoying it worldwide. Modders are adding characters like Crash Bandicoot, Among Us crewmates, and others who haven’t officially made it into the franchise yet. Even though a follow-up to Super Smash Bros. Ultimate is likely many years away, players like reflectionXIII are still discovering new moments that make the game special.