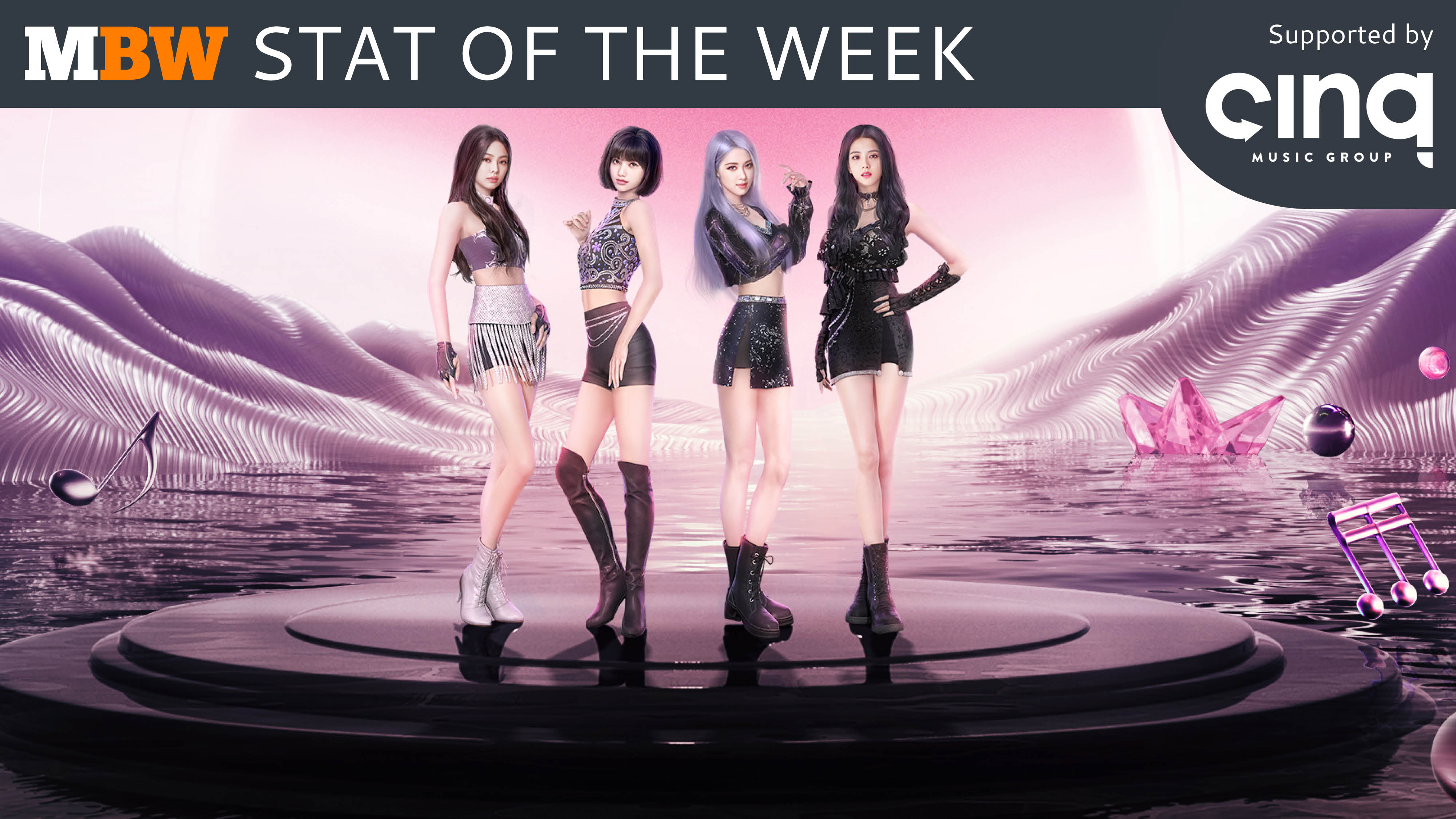 
MBW’s Stat Of The Week is a series in which we highlight a single data point that deserves the attention of the global music industry. Stat Of the Week is supported by Cinq Music Group, a technology-driven record label, distribution, and rights management company.

Some of the world’s most prominent video game platforms have expanded into the virtual concert space over the past 24 months.

The likes of Roblox, Epic Games-owned Fortnite and Minecraft have all seen superstar artists perform in the metaverse via their platforms.

Made by Tencent Holdings-backed Korean video games company Krafton, PUBG, which stands for PlayerUnknown’s Battlegrounds, has been downloaded over a billion times outside of China.

The in-game concert was promoted globally in physical locations including Times Square in New York, with Vincent Wang, Head of PUBG MOBILE Publishing at Tencent Games, calling the tie-up with the K-pop group, “PUBG MOBILE’s biggest partnership yet.”

Running over two weekends in July, the “immersive audio-visual experience” was watched by 15.7 million viewers globally across the concert series.

Additionally, the music video for the track Ready For Love, which was released as part of the partnership, has now been watched over 146 million times since its launch.

The concert won the ‘Best Metaverse Performance’ at the MTV Video Music Awards over the weekend, from a shortlist that included Ariana Grande in Fortnite, Charli XCX in Roblox, and Justin Bieber in Wave.

BLACKPINK, signed to Universal‘s Interscope Records through a global partnership with South Korea’s YG Entertainment, recently broke their own record for the third-largest music video debut in YouTube history with the release of their new track Pink Venom.

The video for Pink Venom was released on YouTube at midnight ET on Friday, August 19, generating 90.4 million views within 24 hours.

BLACKPINK’s official YouTube channel recently surpassed more than 77.5 million subscribers, making them the artist with the most subscribers on the platform.

Pink Venom is the lead single from BLACKPINK’s upcoming second album, Born Pink, scheduled to be released on September 16. The track is currently No.3 on Spotify‘s Global Top 50 chart.

BLACKPINK released THE ALBUM, their full-length debut, in 2020. THE ALBUM hit No.2 on the Billboard 200 and landed three singles on the Billboard Hot 100 including How You Like That, Ice Cream and Lovesick Girls.

“PUBG MOBILE always wants to present its players with new cutting-edge experiences and to be at the forefront of popular culture.”

Vincent Wang, Head of PUBG MOBILE Publishing at Tencent Games, said: “We want to thank all of our players and BLINKs alike for their support in making this PUBG MOBILE’s biggest partnership yet.

“It’s been such an honour bringing the incredible music of BLACKPINK into PUBG MOBILE. PUBG MOBILE always wants to present its players with new cutting-edge experiences and to be at the forefront of popular culture.

“This partnership has been all about bringing together the worlds of music and gaming and uniting fans across the globe. We’re looking ahead to the future for more incredible experiences we can bring to the community so stay tuned.”

YG Entertainment said: “It was a great pleasure for us to have another meaningful partnership with PUBG MOBILE.

“Hope we can show various sides of BLACKPINK through music and more. [Second] FULL ALBUM [BORN PINK] will be released on September 16 and World tour start[s] from October. Stay tuned for it!”