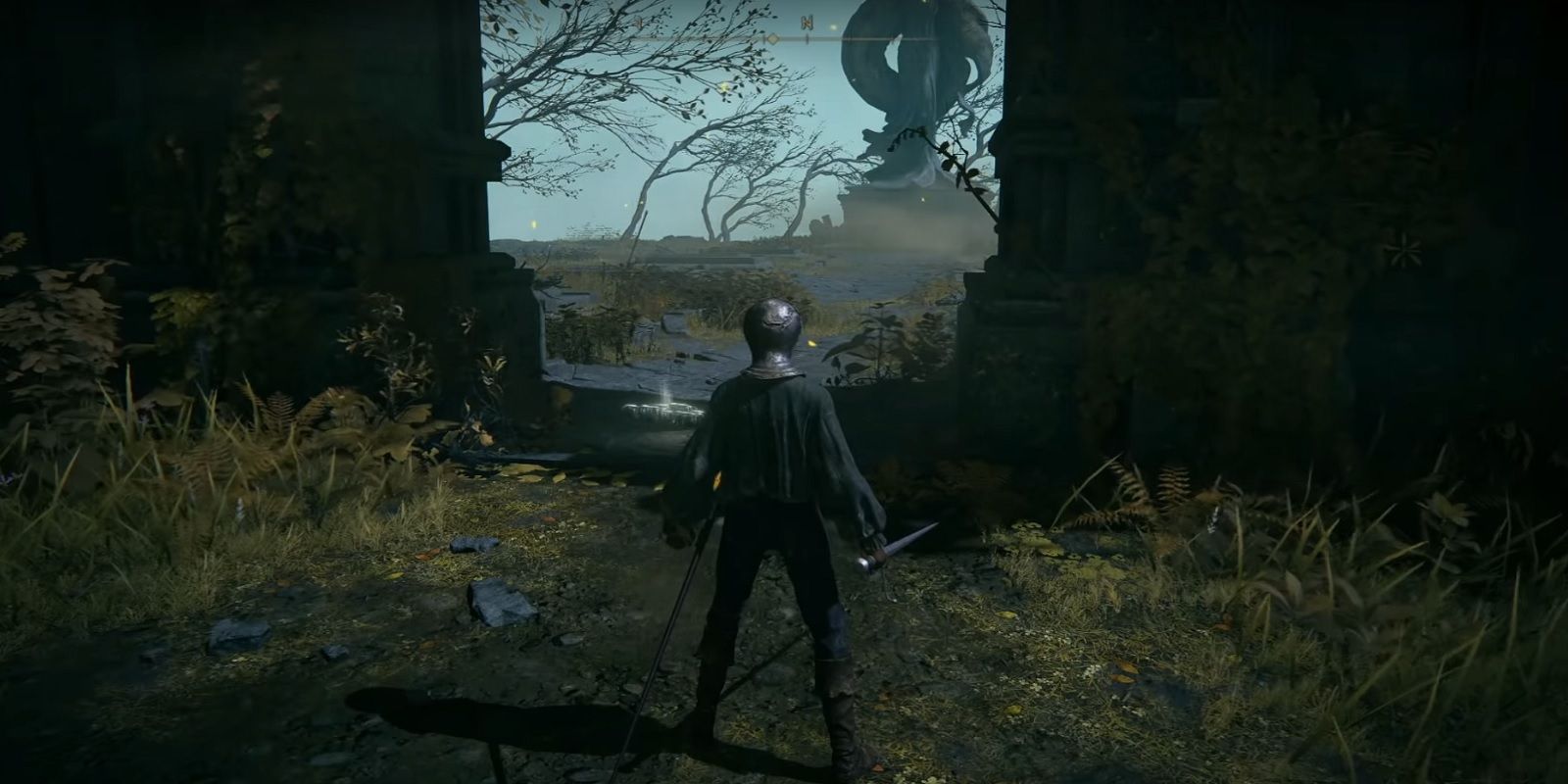 
Compared to Iosefka’s Clinic in Bloodborne or the Northern Undead Asylum in Dark Souls, starting Elden Ring in the Chapel of Anticipation feels plain.

Elden Ring is a massively successful game, but its starting area falls flat compared to other FromSoftware titles. In other games, there’s ambiance that sets the tone of the game, or it leads the player into the first section of the game, which is usually relevant to the game as a whole. However, that isn’t the case with Elden Ring. Instead, the beginning area for Elden Ring leads the player to death and not much else.

FromSoftware released its first open world game this year with Elden Ring. Yet that isn’t the only element that sets Elden Ring apart from previous FromSoftware games because the development team received help building the history of the Lands Between from the author of Game of Thrones, George R.R. Martin. As the Tarnished Champion, players first enter the world through the Chapel of Anticipation before setting off on their journey through the Lands Between.

The Chapel of Anticipation doesn’t hold much for players in terms of interest in regard to either story or sightseeing. It’s a small, linear area with the Grafted Scion as a boss, whose death is unnecessary to complete Elden Ring. Additionally, the Grafted Scion is a scripted death. It’s possible for players to defeat him, but dying to him leads to a cutscene and entry to the tutorial area. Overall, the design gives off the feeling of rushing the player to the tutorial area rather than introduce them to the tone of the game.

The Starting Areas Of Other FromSoftware Titles

Elden Ring references Dark Souls, Bloodborne, and other FromSoftware titles through Easter eggs. Aspects like the difficulty are found across FromSoftware titles, but each one is unique in its own way. Bloodborne introduces players to the eerie tone of the game right away with Iosefka’s Clinic as the starting area, and it’s a memorable sequence to wake up in a clinic and find a creature feasting on a man. Plus, Iosefka’s Clinic is an important location later in Bloodborne, unlike the Chapel of Anticipation in Elden Ring. Dark Souls begins in the Northern Undead Asylum, and going through a dungeon filled with undead leaves an impression for the tone of the rest of the game.

Elden Ring has a beautiful open world map, plenty of interesting NPCs, and engaging lore. While the starting area is not as memorable as other FromSoftware games, the rest of the content in Elden Ring more than compensates for that fault, and it even finds a way to draw player attention back to that first spot through its open world and future events, which helps to redeem the lackluster start. Perhaps it’s the open world style that makes the starting area feel less special, and the abundance of locations made the developers unwilling to start off with a location too monumental in Elden Ring – letting the world instead speak for itself.