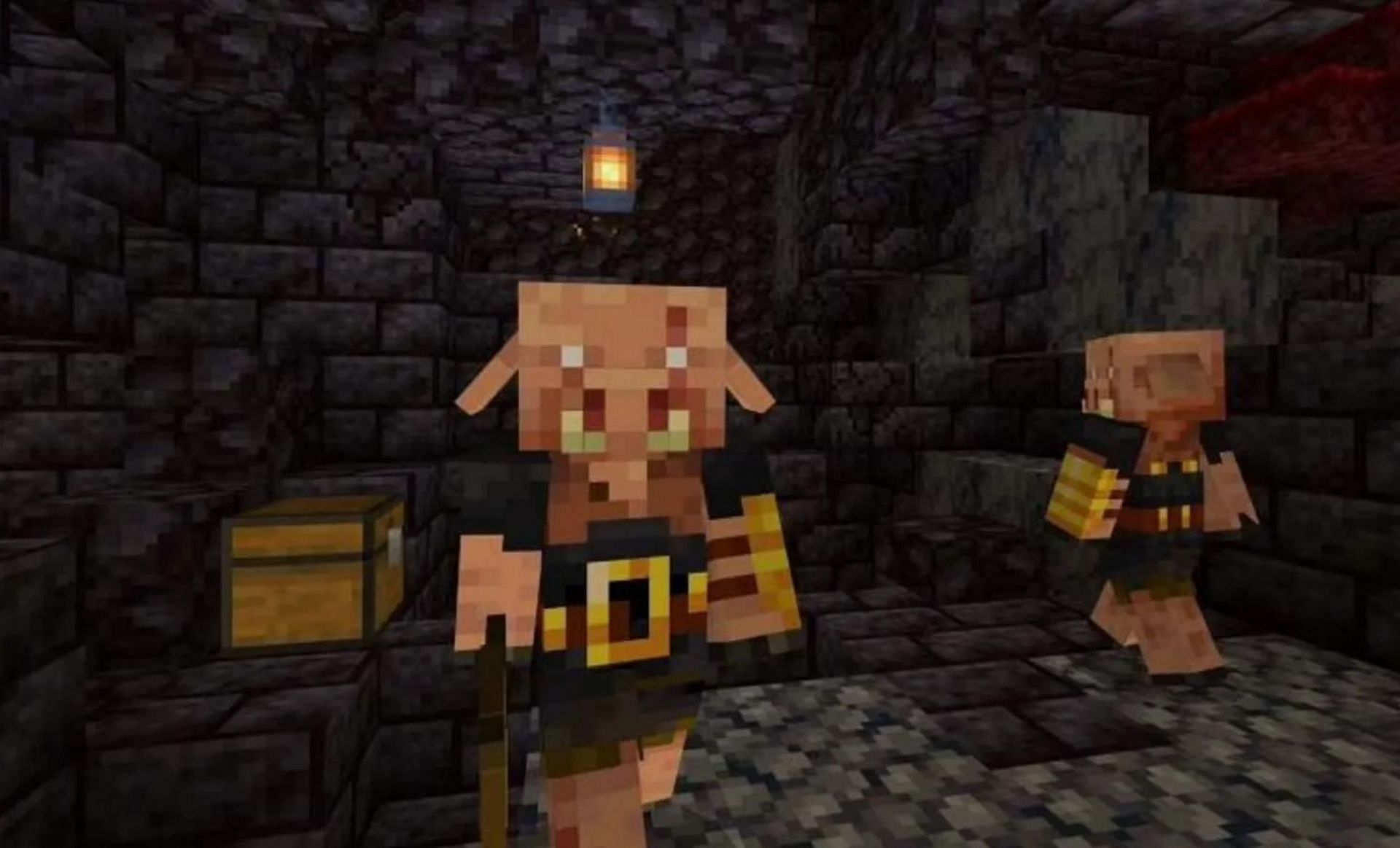 
There are quite a few mobs in Minecraft, many of them being hostile. These mobs provide a serious challenge for many players. Many of them can also be pretty frightening.

They all have different traits that make them scary, like the Enderman and its teleporting ability or the sound effects of a creeper. For whatever reason, there are a lot of absolutely terrifying mobs. Here are the scariest ones in the game right now.

Minecraft mobs that will scare players to death

Creepers are terrifying for one main reason: they come out of nowhere. Minecraft players often mind their own business doing everyday tasks and suddenly, everything is blown up. This often happens at the worst times, too. They might be in the middle of fighting off a horde of zombies when a creeper rolls in and kills everyone.

The sizzle sound effect that has become painfully familiar to all gamers is the sound of nightmares. It means death or destruction is coming in a matter of seconds.

Piglin Brutes are scary because they attack in hordes. All Piglin Brutes in an area will gang up and head towards the nearest player and they have projectile weapons very often. They are like a combination of zombies (though they are much faster) and Pillagers, which is a frightening combo.

They can deal a lot of damage in a very short amount of time, so it is best to avoid these terrifying mobs at all costs.

The Elder Guardian is terrifying for a few reasons. For starters, it is strong and difficult to deal with. Secondly, it can only be found underwater, which poses an entirely new set of challenges. Finally, Mining Fatigue is one of the worst status effects to deal with and the Elder Guardian gives it out at a moment’s notice.

Phantoms are usually unseen until they attack. They hide in the night sky and descend at carefully chosen moments, usually when Minecraft players least expect it. The random hit of damage and the blood-curdling shriek they let out is the closest thing Minecraft has to a jump scare.

Phantoms are also pretty strong and difficult to kill, which makes them even scarier. It can be hard to even land enough hits on one phantom during a given night.

Evokers are Minecraft’s resident spellcasters, and they are absolutely horrifying. Exploring a Woodland Mansion is difficult enough with Vindicators and other mobs running around, but Evokers are on another level. Getting into their vicinity means they will send out a vex or fangs. These can come from up to 12 blocks away, so it’s extremely difficult to get close enough to kill them.

They are capable of dealing a lot of damage, too, which is why getting a Totem of Undying from them is so difficult.

Wither Skeletons only reside in the Nether, which adds to their terrifying nature. They carry around swords and move with good speed, which makes them a little more challenging than other mobs.

What truly sets them apart is the fact that just a couple hits from one can be the end of it all. The wither effect does so much damage and receiving it can be an almost automatic death.

Endermen can teleport, which is the main reason why they are so terrifying. They also have an intimidating body, being much taller than players and all black with purple eyes. However, the fact that they can appear out of nowhere and attack before disappearing again is a good reason Minecraft players try to avoid them.

The Warden is by far the most terrifying mob, though. The most terrifying Minecraft biome resides in the Deep Dark. Everything is dark and every movement around the Warden can result in pretty much immediate death. This mob can kill players with one or two hits and has a strong ranged attack. That alone is reason enough to be scared.