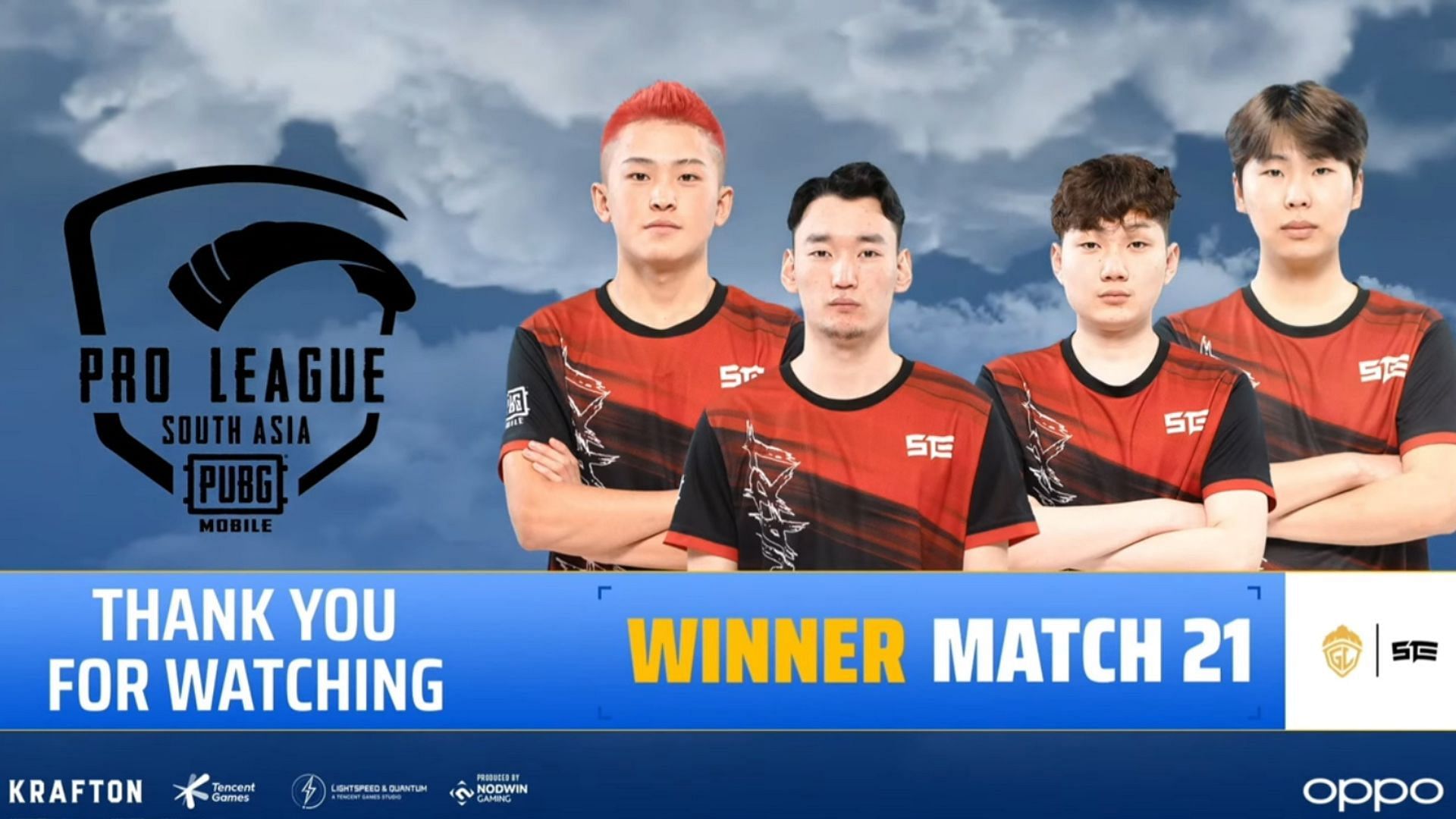 
The first week of the PUBG Mobile Pro League (PMPL) South Asia 2022 has come to an end. Defending champions GodLike Stalwart showed their class once again by securing first place with 111 kills and 268 points, including one extra match on Livik Map.

The team had a whopping seven chicken dinners during the week, displaying their consistency. Furthermore, finishing first won the team an impressive 20 bonus points.

Meanwhile, DRS Gaming blew hot and cold during the week, but managed to grab second place with 102 frags and 223 points. IHC Esports (ex Zeus Gaming) showed their class and earned third place with 215 points. Showing intense aggression throughout the week, the team raked in an astonishing 112 elimination points.

One of the fan-favorites, Skylightz Gaming, had an average start and finished seventh with 176 points. T2K, who stood top on the first day, slipped to ninth place at the end of the week with 165 points.

An off-angle by STE Skryy helped him take out two IHC players, which also helped the team claim the match with 16 finishes. With eight eliminations, Top from STE was duly named MVP.

Meanwhile, Mabetex Esports showed a great display of patience to win their second match with eight frags. T2K came second thanks to Jane, who was also MVP with seven frags.

1952XDRW took advantage of their position to claim their third match of the day. The team had all the players till the final circle and eliminated the remaining opponents easily with a total of 10 kills.

Securing eight frags, IHC Esports won the fourth match on the rainforest map of Sanhok. The team stayed glued to each other and rotated effortlessly to come out on top.

The fifth match of the day was won by Deadeyes Warriors with 12 kills. While DRS Gyazlen almost clutched it in the final circle, they simply couldn’t beat the zone.

The top 12 teams from the overall standings (post-match 25) played an extra match on Livik Map. Posting five eliminations, GodLike Stalwart stepped up to the plate and clinched victory.

KillerYT from DRS was the best player of the week with 35 kills and around 6300hp in damage. With that being said, TOP from STE is not far behind with 34 eliminations. Breathing down their necks were DE Warriors DOK and Nirzed, who grabbed the third and fourth spot with 33 and 31 kills respectively.