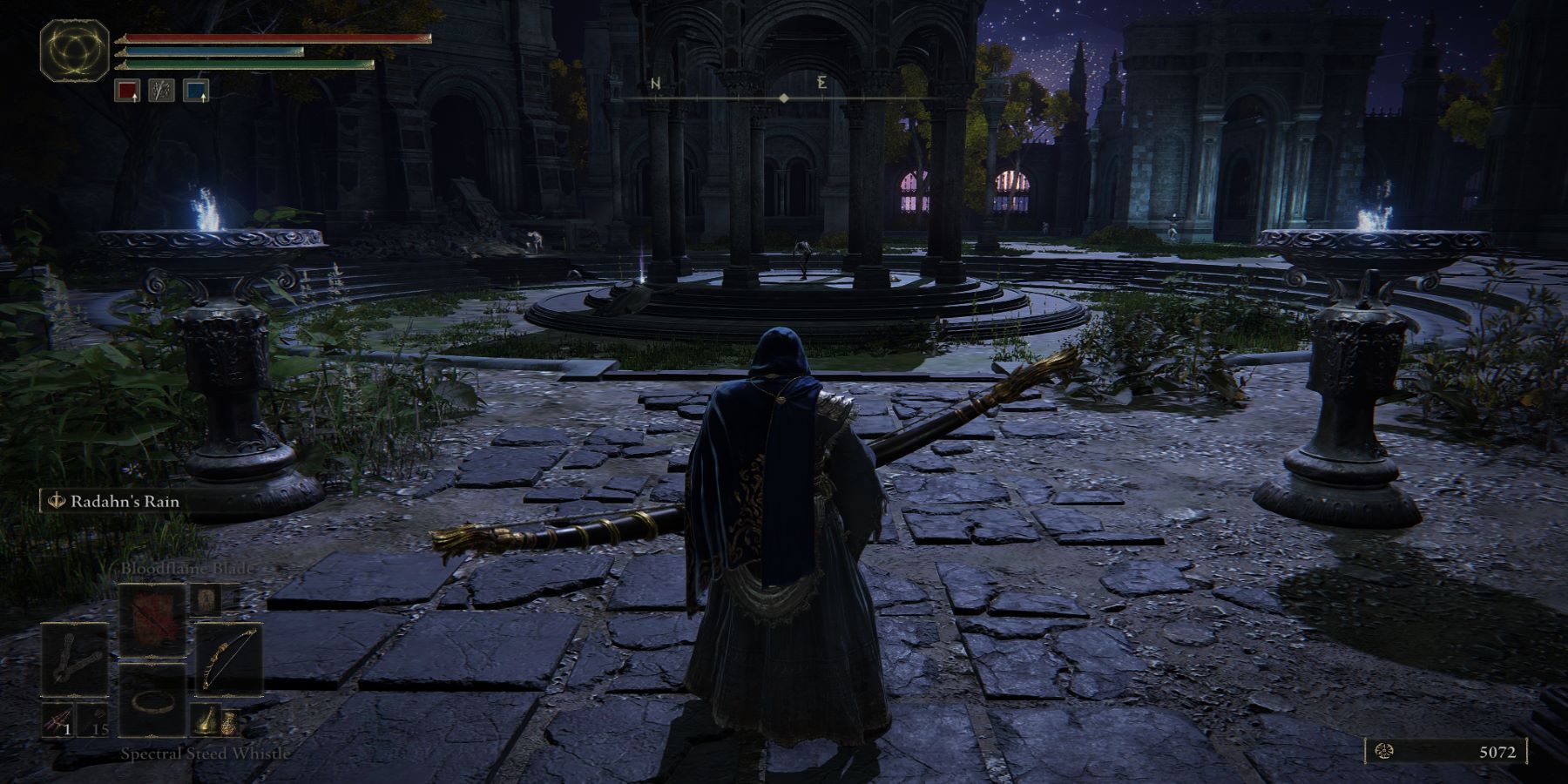 
One Elden Ring player goes head to head with Gideon Ofnir, one of the well-known bosses, and kills him with a single strike.

One skillful Elden Ring player has shared a video where they kill Sir Gideon Ofnir boss in a single hit. Elden Ring contains some of the most captivating boss fights in gaming, with powerful bosses like Malenia and the Fire Giant. These formidable bosses often act as massive stumbling blocks that hinder a player’s progress. Their complicated move sets and healing mechanisms result in very challenging Elden Ring boss fights, where the gamer must always be on their toes.

On the other hand, some fans have unique tricks up their sleeve and have mastered the techniques to defeat every boss. Not long ago, a player discovered an Elden Ring trick that makes the Fallingstar Beast fight easier, while another fan discovered the famous pizza cutter weapon that helps in cheesing Malenia. Some people buff themselves and use highly overpowered weapons that simply one-shot even the most powerful bosses. Reddit user YourAverageGamer31 has created one such build that can easily defeat an Elden Ring boss in a single attack.

YourAverageGamer31 uploaded a video clip on Reddit showing their one-on-one encounter with Sir Gideon Ofnir – The All-Knowing, a mandatory late-game boss. The video begins with the player wielding the Giant Crusher, a colossal weapon in Elden Ring, and applying the Royal Knight’s Resolve buff before going against the famous Elden Ring boss. Soon after, the user approaches the enemy and performs a heavy attack on Sir Gideon, which depletes his health bar instantly and kills him on the spot. This weapon has a unique heavy attack where the character performs a type of somersault and lands a devastating blow on the enemy.

The video eventually caught the attention of the Elden Ring community on Reddit, who praised it as seen by hundreds of upvotes and numerous comments. Most admired YourAverageGamer31’s strength build and their weapon of choice, while others joked about Sir Gideon breaking all his bones after the encounter. Some users also noted the user’s HP bar, which is almost empty during the entire video, and others asked about their character’s stats.

Sir Gideon Ofnir is a caster with infinite FP and knowledge of advanced sorceries and incantations that can easily overwhelm any player. However, most fans don’t find him much of a challenge and can easily defeat Sir Gideon using a strength build with high damage dealing attacks. YourAverageGamer31’s video is a perfect example of a player beating Sir Gideon Ofnir from Elden Ring using a high-strength colossal weapon.