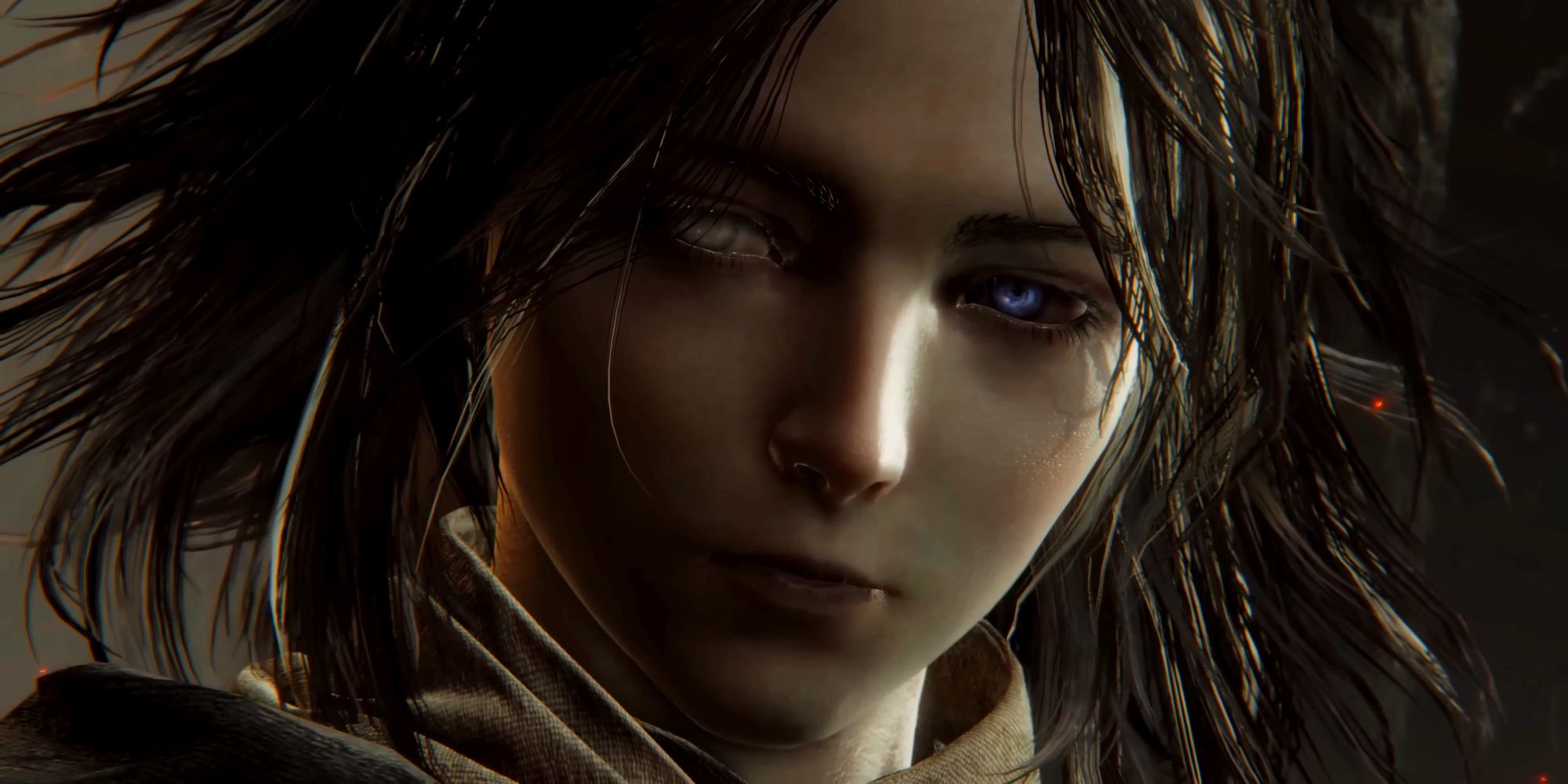 
Hidetaka Miyazaki, the renowned president of FromSoftware, has continued the studio’s tradition of creating games with incredibly deep, engaging lore in the background with Elden Ring’s Gloam-Eyed Queen. She is mentioned only in fragments of lore scattered across weapon and armor descriptions. Yet even with very little concrete information, it is clear the Gloam-Eyed Queen was one of the most influential characters to not actually appear in the game.

The Gloam-Eyed Queen was the leader of the Godskins, a strange group that the Queen had a personal hand in raising and possibly creating. The Gloam-Eyed Queen was an Empyrean, chosen by a Two Fingers to end Queen Marika’s rule and usher in a new age with a new god: most likely the Age of the Duskborn the player can achieve as one of Elden Ring‘s many endings. Also known as the Dusk-Eyed Queen, she and the Godskins wielded the Black Flame, which had the power to kill gods, and is likely the truest representation of Destined Death.

Maliketh, as Marika’s Shadow, was tasked eliminating the dissenter, and eventually defeated the Gloam-Eyed Queen before sealing Destined Death within himself. The Queen’s defeat is explicit, yet not her death, which makes her a prime candidate for an appearance in Elden Ring’s supposed upcoming DLC. It is important to note that the defeat of the Queen, and the sealing of Destined Death happened long before the Shattering, and thus very long before the events of Elden Ring.

With Destined Death sealed away, the Godskins could no longer harness the true power of the Black Flame to kill gods and were left scattered after the defeat of their leader, the Gloam-Eyed Queen. This is why the Godskin Noble was helping Rykard in Volcano Manor, and why a Godskin Apostle can be found leading a cult at the Windmill Village; deprived of a power they once knew, and with no leader holding them together, the Godskins were left to find their own niches in the world. It is never stated that the Apostle is leading a cult. Instead, the player finds a ghost at the village entrance begging not to be skinned, the women there are dressed in strange robes with skinning implements, and a Godskin Apostle waits at the village’s peak. The game is frequently vague in its storytelling, with the hidden lore of Elden Ring often left to be pieced together through environmental clues like these and the descriptions of items.

As to who the Gloam-Eyed Queen is, the game was intentionally vague, possibly to give the player yet another place to make their own story. It’s also possible the identity of the Gloam-Eyed Queen is a plot point left incomplete in order to be filled in later. With no concrete answer, there are numerous theories about who could actually be the Gloam-Eyed Queen. The Queen could be Ranni, but this is unlikely given Ranni’s integral place in the story of Elden Ring. Her having a hidden, dual role would unnecessarily obfuscate her actions and when they occurred. Additionally, Ranni’s ending is Elden Ring‘s Age of Stars, and she likely would not want to bring about the Age of the Duskborn.

Another – and even more likely – possibility for the Gloam-Eyed Queen’s identity is Melina, an NPC the player is constantly interacting with to level up. Melina has a disproportionate knowledge of the Elden Ring and Marika in particular, leading some players to suggest her untold backstory may actually already be in the game with mentions of the Dusk-Eyed Queen. Interestingly, after the Lord of the Frenzied Flame ending, when the world melts away, Melina is there and promises to find the player and give them Destined Death before opening her other eye, revealing a glowing pupil. This is the most vital link between Melina and the Gloam-Eyed Queen, which is tentative at best. This is likely to remain a mystery unless Melina’s character is brought back in Elden Ring DLC, and even then, it seems unlikely that the Gloam-Eyed Queen would make an explicit appearance.