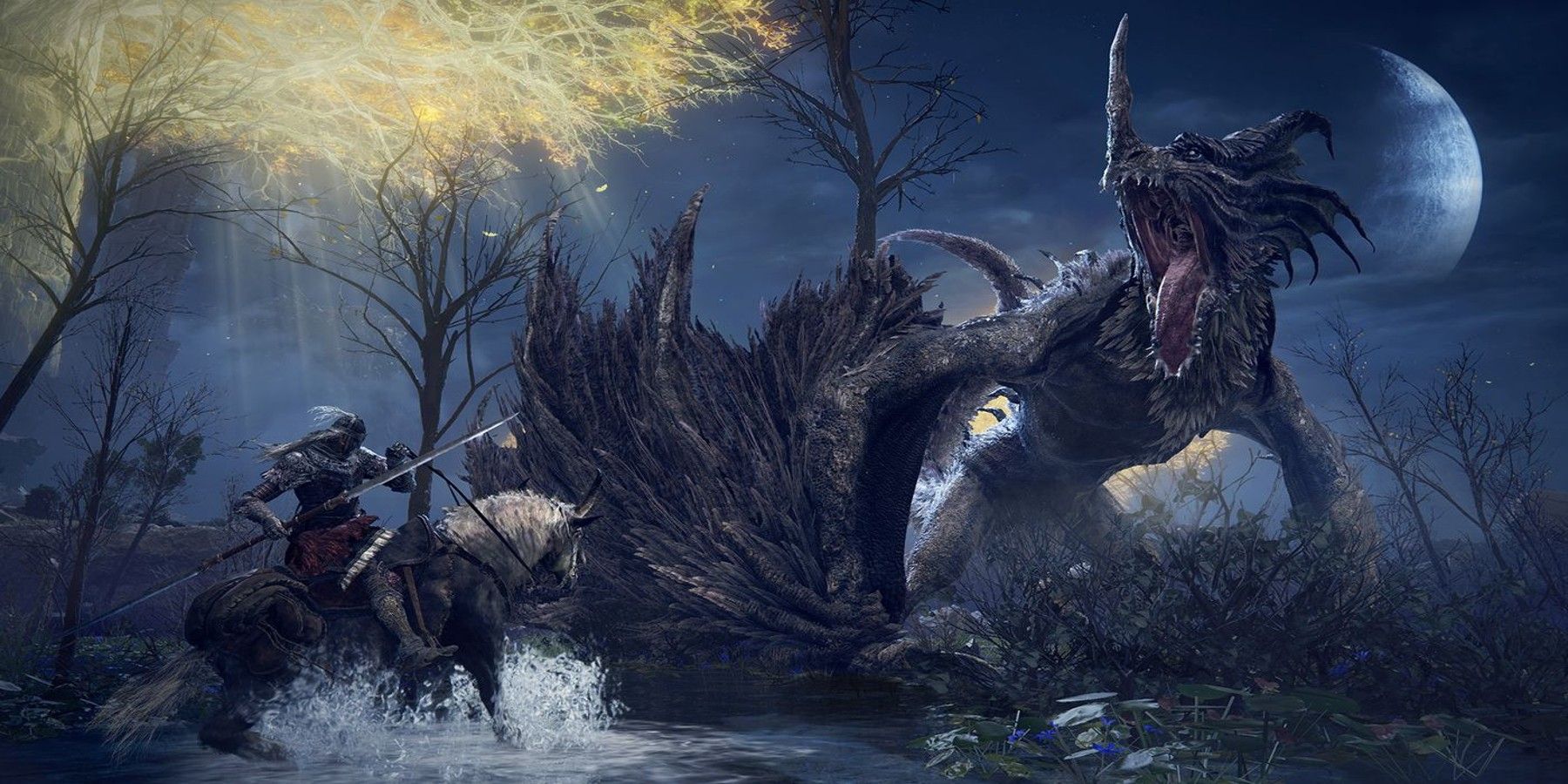 
An Elden Ring player has recently recreated one of gaming’s most recognizable protagonists, Kratos from God of War, using Elden Ring‘s in-game character creator. The creation is remarkably similar to the actual Kratos, even when it comes to his armor and weaponry. This should come as no surprise, considering how in-depth the Elden Ring character creator is and how many other players have made their own avatars in-game based on popular fiction.

Fans have created many characters from other stories in-game, the like player who recreated Inigo Montoya in Elden Ring or the gamer that made Aragorn. Indeed, the community has proven itself to be a creative one, and the new creation of Kratos is perhaps the most accurate likeness yet.

Reddit user MediumSatisfaction1 recently posted a photo to the Elden Ring subreddit showing their Kratos avatar. The image shows Kratos’ with his classic weapons and armor, his jet black beard, and his war paint. The picture was taken in what looks to be Limgrave, the first area that players discover in The Lands Between. Many fans were quick to comment, praising the creation of Kratos or mentioning projects that they are working on, including characters from Avatar: The Last Airbender and Game of Thrones.

Of course, the appearance of characters doesn’t alter combat in any way. The combat in Elden Ring is based on skill, abilities, and weapons rather than character aesthetics or inherent strength. That doesn’t mean that the Kratos character in Elden Ring is any less impressive, however. The fact that the Elden Ring community is capable of manipulating the title’s tools in such interesting ways demonstrates not only how creative players are but how dedicated fans of the game can be. As more people discover the title and create their own avatars, hopefully players will see new and equally impressive characters.

Though many players have yet to beat Elden Ring, the title isn’t only about besting the main boss. For the first time, From Software has emphasized exploration, creation, and creativity in tandem with gameplay. With this doesn’t mean that its previous titles were worse, the positive reception of Elden Ring may indicate that players want more opportunities to forge their own journeys in the future. Though there is no way of knowing what will come next to The Lands Between, fans can find solace in the community that has already taken their passion for the title to incredible heights.

MORE: 10 Perfect Games To Play While Listening To Podcasts