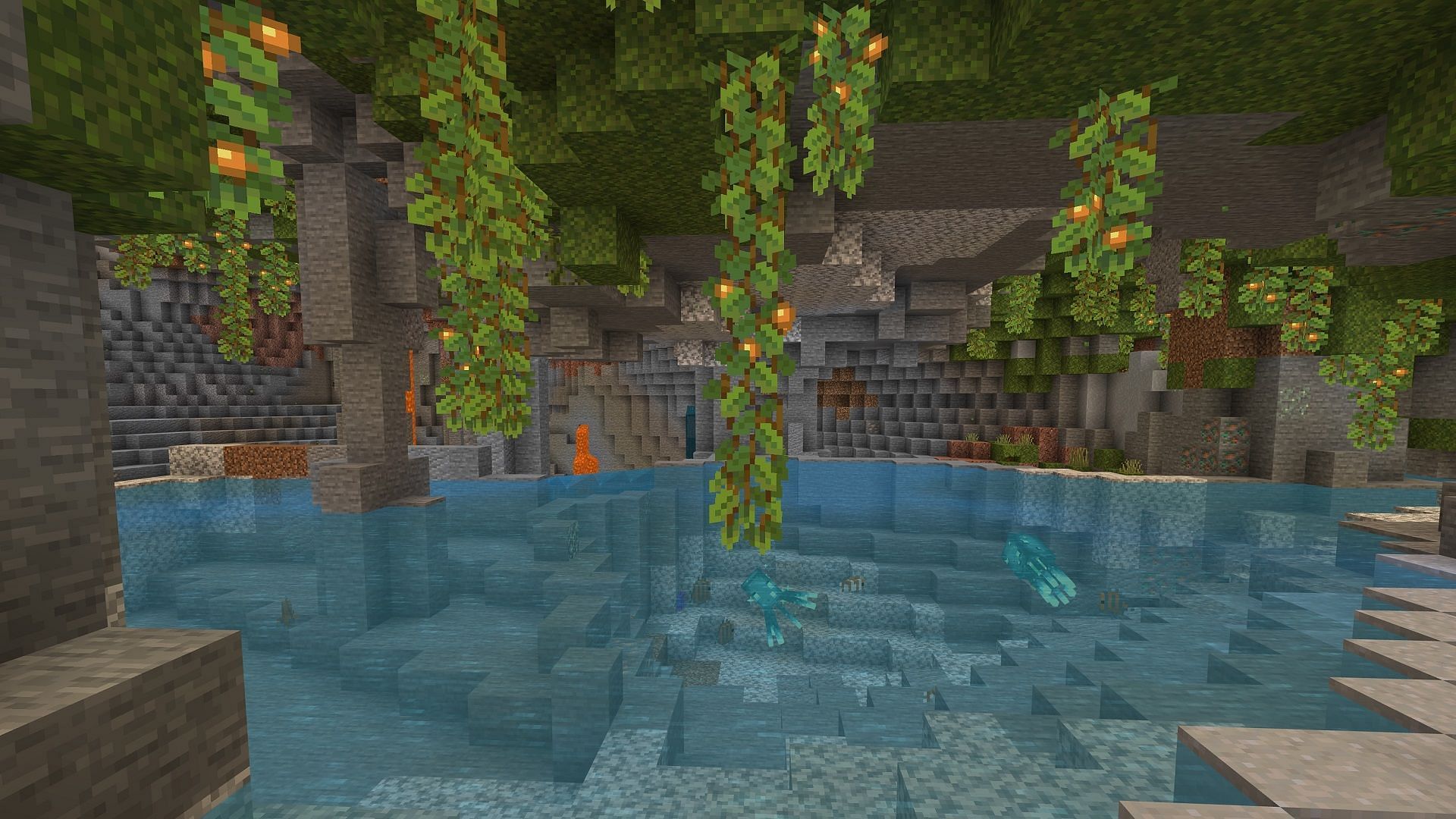 
While caves in Minecraft are certainly worth exploring, they also make for excellent building locations in some circumstances. To that end, countless players have created and shared their unique cave builds on the internet.

Cave builds in Minecraft are still quite popular, even in 2022. While some players create intricate bases, others build hidden temples or sprawling ancient kingdoms of long-lost civilizations.

Each of these cave builds has its own unique style and flair reflecting its creator, and it’s never a bad time to check out some of them for inspiration.

Below, players can find some impressive and compelling Minecraft builds within caves.

Note: This article is subjective and reflects the opinions of the writer

Lush caves can be gorgeous sights in Mojang’s sandbox game, so why not make a home in one? This build by Minecraft Architect uses very simple materials, such as wooden planks and stripped wooden logs.

However, what makes the home truly shine is the large amounts of azalea, glowberries, and vines surrounding the premises. A sizable pool of water also creates a relaxing and homely atmosphere. Perhaps an axolotl or two may spawn in the pool to make things even lovelier.

While it’s one thing to create a build in a cave, it’s another thing for a player to make the cave itself a build. This jungle-themed cave build by BigBellyBuddah features wild-growing custom trees complete with plenty of moss, vines, and some rickety bridges and lamps.

Running water from the nearby waterfall is a pleasant addition, though players should be mindful of where they step. One false move can lead to a very bad fall in this build, but it does evoke the spirit of adventure.

While it’s already uncommon to find a village in a cave, this build, shared by u/rcarm98 on Reddit, takes this irregularity one step further. The creator not only placed village homes inside a cave but also built them upside-down, creating the illusion of them being suspended from the roof via ropes and chains.

This inverted village is quite quirky on its own. However, it is surprisingly functional for its inhabitants, and one of the building roofs even sports a small garden for growing crops.

If a player manages to spot a cave near a water source, the potential for builds increases substantially. A great example is this pirate cave by player CEa_TIde, who submitted this build as part of a Mojang build contest.

Inspired by Phang Nga Bay in the James Bond series, this cave looks like the perfect place for a pirate lord to offload their spoils and relax after a day of plunder. The block variety is masterful, and the small beaches and trees leading up to the cave blend in nicely with the cliff face.

Requiring hundreds of hours and thousands of blocks, La Faille by MrBatou is a truly magnificent cave build. The ancient kingdom was inspired by the many hidden places in our own world, and this location likely made a great home for its former inhabitants.

The amount of detail that MrBatou has put into every tower, bridge, and homestead is truly impressive. This build shows other players what they can achieve when they use their creativity in the game.