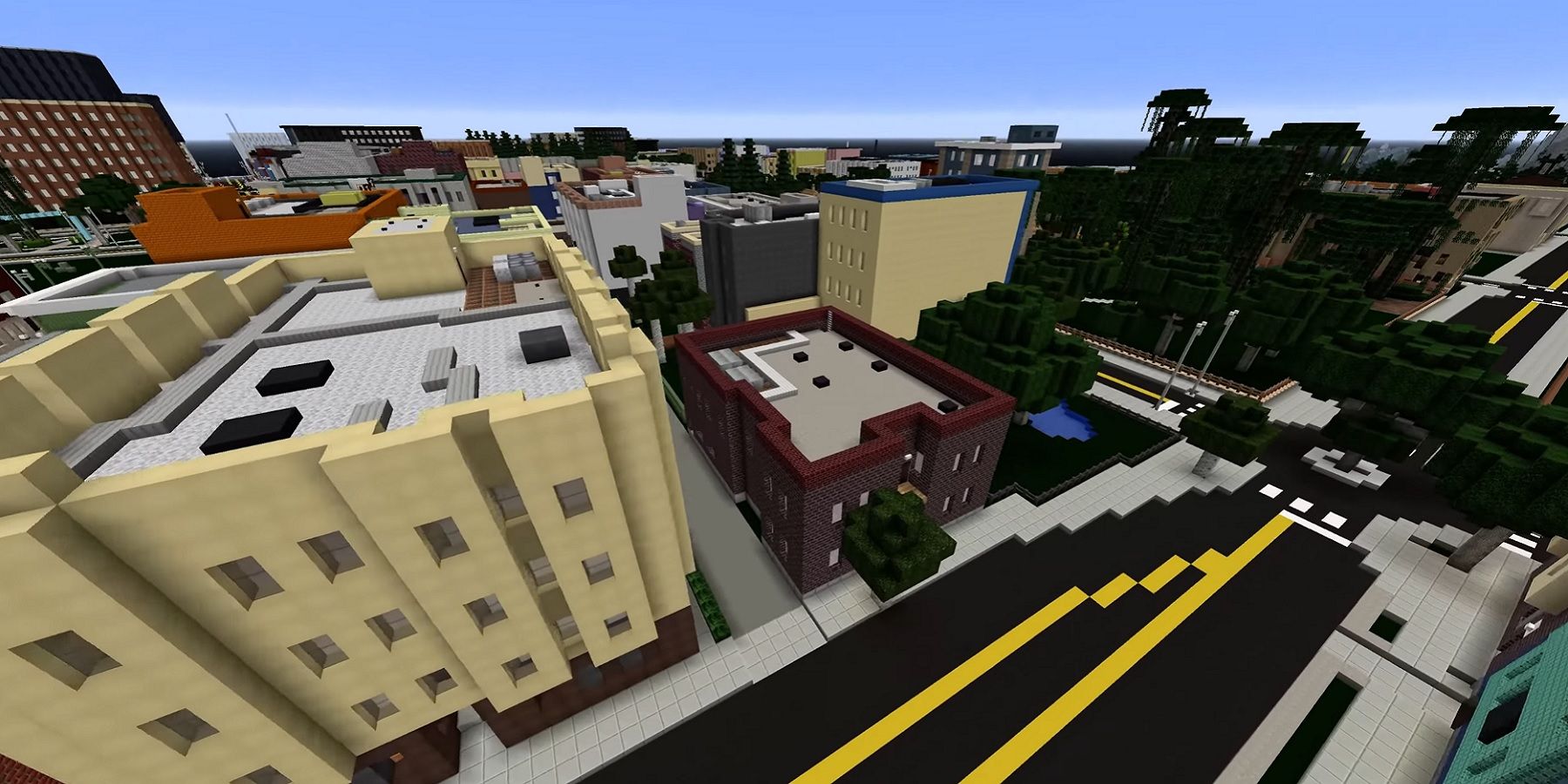 
A Minecraft user has spent a good portion of their time creating a pretty impressive looking city. There is always something to see and do in Minecraft, with near-finite replay value that keeps players coming back for more. People would be forgiven for thinking that fans would grow tired of Mojang’s sandbox title by now, especially seeing as it’s been out for well over a decade. However, that doesn’t seem to be the case, and players are only too keen to show off their immense structures.

Building a city in Minecraft is an ambitious project that some are happy to take on. Despite the blocky nature of the game, many creative types dedicate their time and effort to making something so incredible. Some people can spend literal years engaged in such endeavors, and the result is often pretty magnificent. It also shows that fans are capable of great focus, putting together entire road networks, constructing skyscrapers, and inserting all the accouterments that come with a modern city, such as homes and industrial regions.

That’s precisely what Reddit user KanyeWaste69 has been doing. Spending the last two and a half years engrossed in their Minecraft project, the player has been able to show off a series of screenshots which show their city thus far. There’s even a GTA-style map showing the layout of the place. In their latest post, the user says they’ve created the downtown/out areas and are now ready to move onto the industrial parts. The images that have been uploaded do indeed show a very impressive looking city, complete with all the aforementioned assets.

It’s not just cities and general buildings that fans make, either. One Minecraft fan decided to recreate a famous gag from The Office, and there have been more than a few examples of people reimagining famous locations from games like Skyrim. It really goes to show that there are people out there who have so much imagination, as well as time, and it’s likely for this reason that the open-world title is still dominating the gaming landscape.

For many, Minecraft is a game that can help alleviate boredom. Each playthrough can be different, depending on what the player wants to get out of the experience. Some may decide to just build a simple home to keep them safe at night, while others set out to find and defeat the Ender Dragon. Then there are those who put a lot of their efforts into making some magnificently aspirational structures.

MORE: 10 Perfect Games To Play While Listening To Podcasts