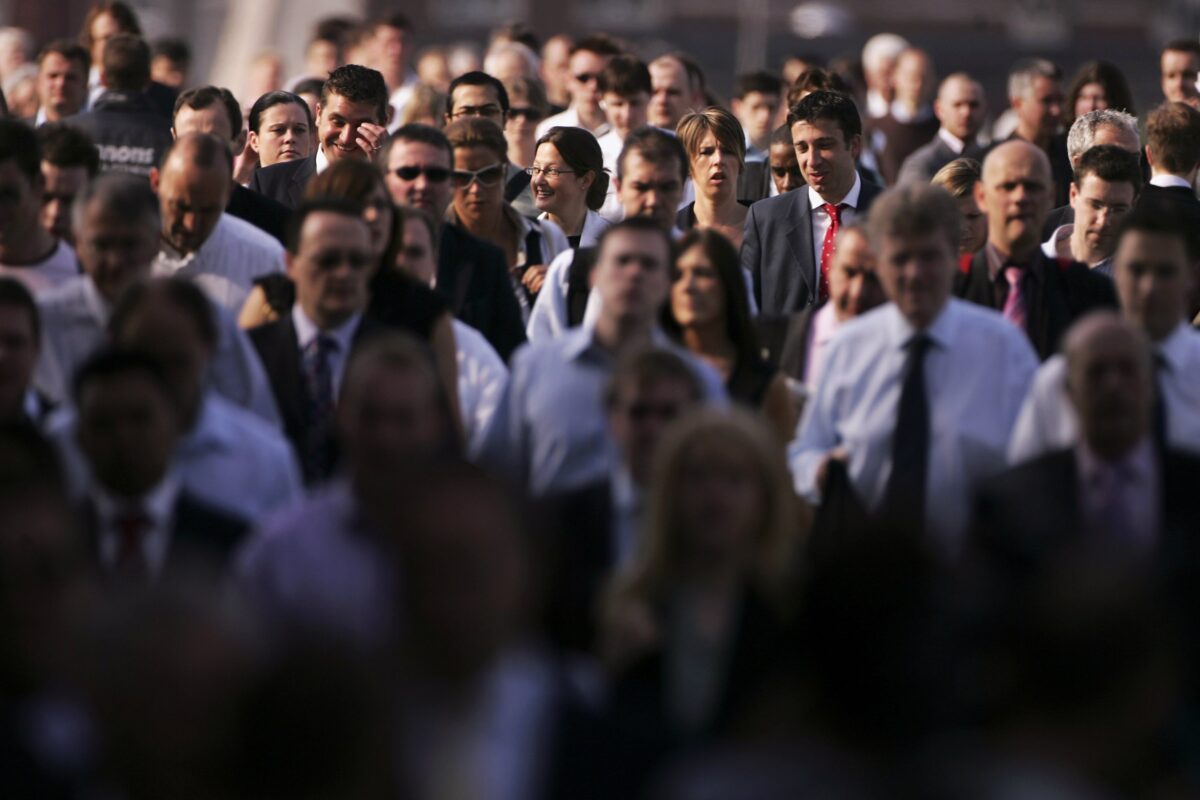 A new Gallup survey suggests that half of American workers are quietly quitting and only 20 percent are actively engaged in their work. There are plenty of reasons for this and that could include bad bosses, substance abuse, a dopey company, or meaningless work such as that one does on contract for government.

But let’s be real: the work ethic is in tatters. Many if not most employees are awful. Let’s go through the six main types.

The Braggart. This is the person who never fails to trumpet to everyone even the slightest evidence of productivity. This usually backfires and ends up highlighting just how little the braggart actually does. The work ethic means not to brag or seek praise for your work. Your productivity will be noticed regardless. No reason to post every completed task in the general Slack channel. You can pretend that you are boosting company morale but you are really just boosting your own status. If anything, giving credit to others who help you makes others feel wonderful. This helps your karma, and you get the benefit eventually.

The Complainer. This person considers every task to be a dreadful imposition. Nothing is right, and everyone else is to blame if the task remains undone. He or she encourages others to complain also, spreading discontent and whininess far and wide. There is something wrong with everything but the complainer likes to pretend to be the only one who cares, thus giving off an air of hyper-scrupulosity. Oh sure. Actually this only bums everyone out, and makes you look like a jerk. Complaining in general is a bad habit, however addictive.

In contrast, the great worker joyfully embraces all opportunities to add value. It means to go beyond what needs to be done to develop that rare capacity to see the unseen work that could be done. Once you see this, you never run out of value to contribute. Then you become a source of real progress, which is defined by that which goes outside the assigned routine to discover what is new, all in service of others.

The Hoarder. This person deals with fears of job security by accumulating ever more responsibilities, refusing to ask others for help, publicly heaving with a sense of burden and suffering, and then never quite getting it all done while invoking the excuse of being overworked. The hoarder’s goal is to broadcast an impression of his or her own unique talents that no one else can possibly replicate. In contrast, a great worker is happy to share knowledge, allocate tasks, cooperate, learn from others and train others to be wonderful too, freeing more time for creativity.

The Offloader. This person is the inverse of the hoarder, but just as much a problem. The unteachable offloader imagines that he or she has been hired for a certain skill set and can learn no more. “I don’t do” and “I won’t do” and “I don’t like to do”… fill in the blank. It’s all about using a lack of skill as an excuse for laziness and fobbing work off on everyone else. Miraculously these people discover ever more clever ways to do this to the point that they don’t have to do anything at all. Many managers specialize in this skill. Everyone notices and eventually despises them. In contrast, having a work ethic means a willingness to do that which is not fun, to learn new skills, to try new applications, to venture into unknown territory, and to add to one’s intellectual capital every day.

The Gossip. This person proves the adage that “idle hands do the devil’s work.” The gossip is consumed by internal matters of personnel and can’t resist dripping poison in others’ ears. He or she fosters division, suspicion, paranoia, and discontent. The workplace becomes a game of thrones with such people on the loose. The best of this crowd can make enormous messes out of previously cooperative and peaceful environments. They love private messaging and offer only subtle shade to every conversation. Rule of thumb: if someone is trashing another employee to you, it is highly likely that the same employee is trashing you to someone else.

In contrast, people with a work ethic do not wallow in office politics. They ignore gossip, backstabbing, and trash talk. They do not organize into factions. If you can stay above it all, and just be amazing in every aspect of your career, you will come out on top.

The Sneak. This is the person who looks for any opportunity to appear to be working but not actually working. It becomes a game: get away early for lunch, return late, or leave the office when everyone is in a meeting. He or she uses work hours to goof off online while neglecting essential tasks, and has developed many ways to hide it with quick browsing tricks to switch screens or Slacking from the pool with emojis to pretend to be busy. Every word becomes a little fib, and work life becomes a vast effort in subterfuge.

In contrast, a good employee doesn’t fear being found out because he or she has nothing to hide and can browse Facebook with confidence because all other work is done.

There are probably more types but that’s my short list.

The “work ethic” isn’t just about the sweat of your brow and saving your soul. It is really about your own individual interest. The reason you are hired is to contribute more value than you take out. If you do that, you ascend. If you do not do that, you are not long for this job, and you become just another one of the “kids these days.” It’s the most simple and the most profound application of economics because it directly affects your life.

The more valuable you can be to others in a marketplace, the better and more wonderful life you can have. All of these traits are difficult to adopt without real-world experience. But sadly, for young people, the world is conspiring to deny them the chance to gain such experience. The necessary work ethic needs to be a personal commitment, something adopted with conscious deliberation and applied in every aspect of your professional life.

The more valuable you can be to others in a marketplace, the better and more wonderful life you can have. And therein lies the beauty of the market. It calls us all to excellence and creativity in the service of others, and enables all of us to assist in making the world more wonderful. That’s not only good for prosperity. It’s also good for the human spirit itself.

After these catastrophic years, there is so much to rebuild in all sectors of life. Best to focus on what we can personally control. Being a good and productive worker is one of them.

Views expressed in this article are the opinions of the author and do not necessarily reflect the views of The Epoch Times.

Jeffrey A. Tucker is the founder and president of the Brownstone Institute, and the author of many thousands of articles in the scholarly and popular press, as well as 10 books in five languages, most recently “Liberty or Lockdown.” He is also the editor of The Best of Mises. He writes a daily column on economics for The Epoch Times and speaks widely on the topics of economics, technology, social philosophy, and culture.