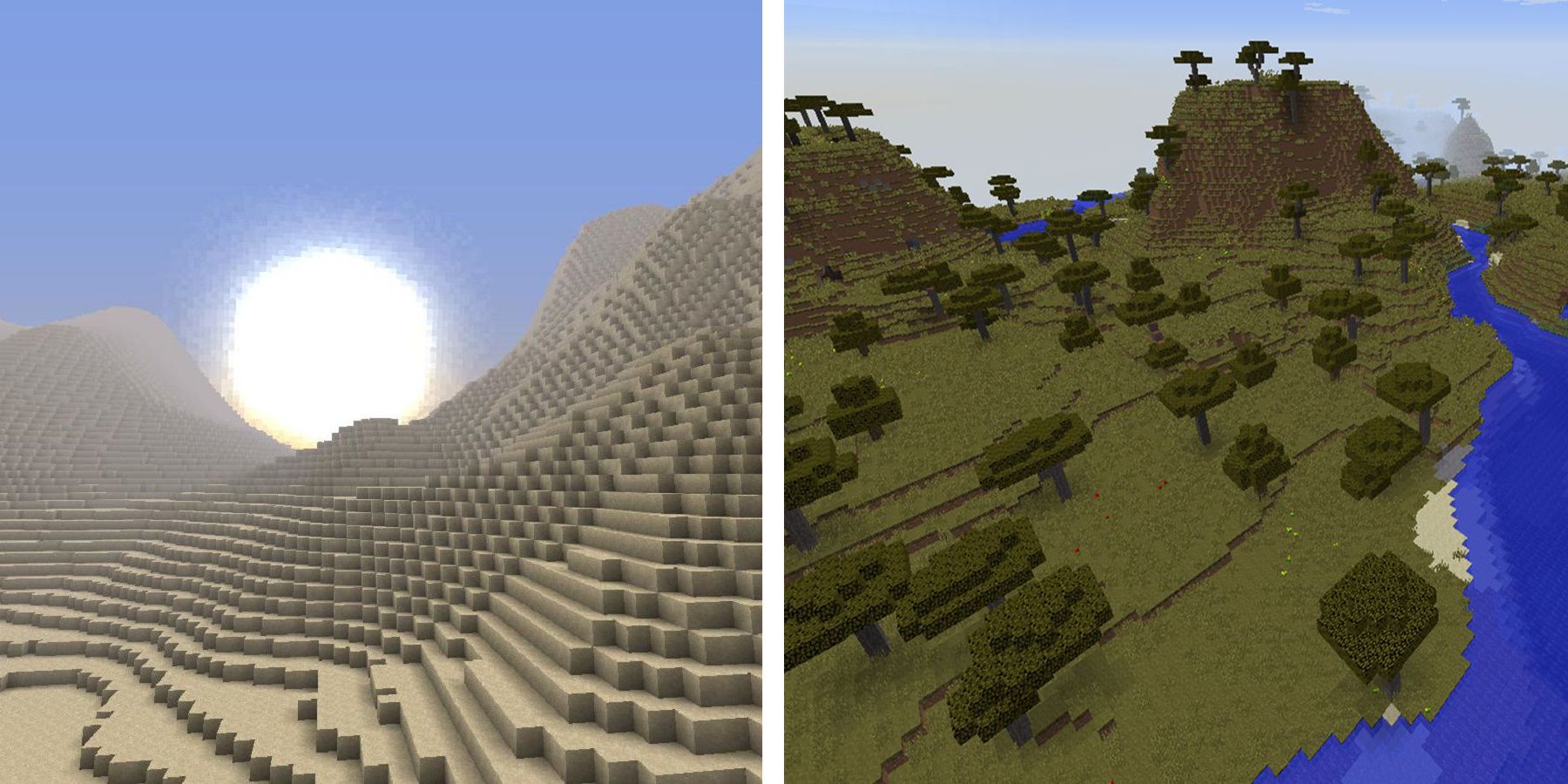 
Minecraft’s ever-expanding strategy has always allowed for continuous growth with new features, biomes, blocks, and mobs added in with each major update. The most recent update gave players a new biome to explore in the Mangrove Swamps, but there were two other biomes that Mojang promised to update back in 2018 that still do not feature any changes. The Savanna and Desert biomes were voted second and third in the Biome Chooser vote, finishing behind the Taiga biome that added foxes, campfires, and berries to Minecraft.

Deserts and Savannas in Minecraft are in dire need of an update, as these two are arguably the most barren biomes in the game. While each can spawn a village, the Savanna biome features little in terms of different mobs, and the Deserts contain no trees, making them poor locations to spawn in when starting up a world. At MineCon Earth 2018, it was revealed that both of these biomes will be updated in the future, but four years down the road fans are still waiting for updates that make these biomes worthwhile.

Currently, the main features in a Desert biome in Minecraft are villages, rabbits, and Desert Temples, but the update promised in Minecon Earth 2018 was set to make Deserts an easier place to start a new world. The update would add palm trees, giving players living in the desert a way to find renewable wood, oases that would serve as a respite and could provide some food, and meerkats that could be useful for hostile mob detection. Each of these additions would have drastically altered how fans play Minecraft within the Desert and would have made the biome an easier starting point than it has been.

The palm trees would likely be the same as every other wood type, but could include coconuts that would serve as a food source in the Desert. Oases would be the best place to find palm trees and mobs like rabbits and meerkats, as well as being the perfect place to set up base in the Desert biome since it would include water and dirt blocks, both of which are essential for farming. Finally, the meerkat would be a passive mob that could be useful as a lookout for players who are too busy building to pay attention to their surroundings, making them an especially useful mob.

Like the Desert, the Savanna biome is not one of the most diverse in Minecraft, as it simply spawns villages and all the mobs that would spawn in a grassland. According to Minecon Earth 2018, the next update to the Savanna biome would have added in Baobab trees, termites, and ostriches, each of which would add important features to the game that could benefit many players – especially in the early game. These features would make farming crops and chopping trees in Minecraft a lot easier while also providing players with a new mob that could be ridden or holds a chest like horses and llamas.

Baobab trees would be bigger versions of Acacia trees that can also grow Baobab fruit which grows like the cocoa beans in Jungle biomes. This fruit would be used to attract termites, who can eat wood and have a chance of dropping a log and sawdust. Sawdust could be extremely useful in the early game, as it could be used on crops to increase the yield. Termites would be perfect for an automatic tree farm, and they are something that many players have been hoping would eventually be added to Minecraft.

Desert and Savanna biomes are currently two of the most underutilized biomes in the game, as they are not the best to start out in and do not offer anything that other biomes do not have. Adding in the new trees and mobs would make these biomes viable contenders for best early-game biomes and would make finding them worthwhile. From increasing the yield of crops to giving players a respite in the harsh desert, the features that could be added through a biome update would prove to be extremely useful for players in Minecraft.