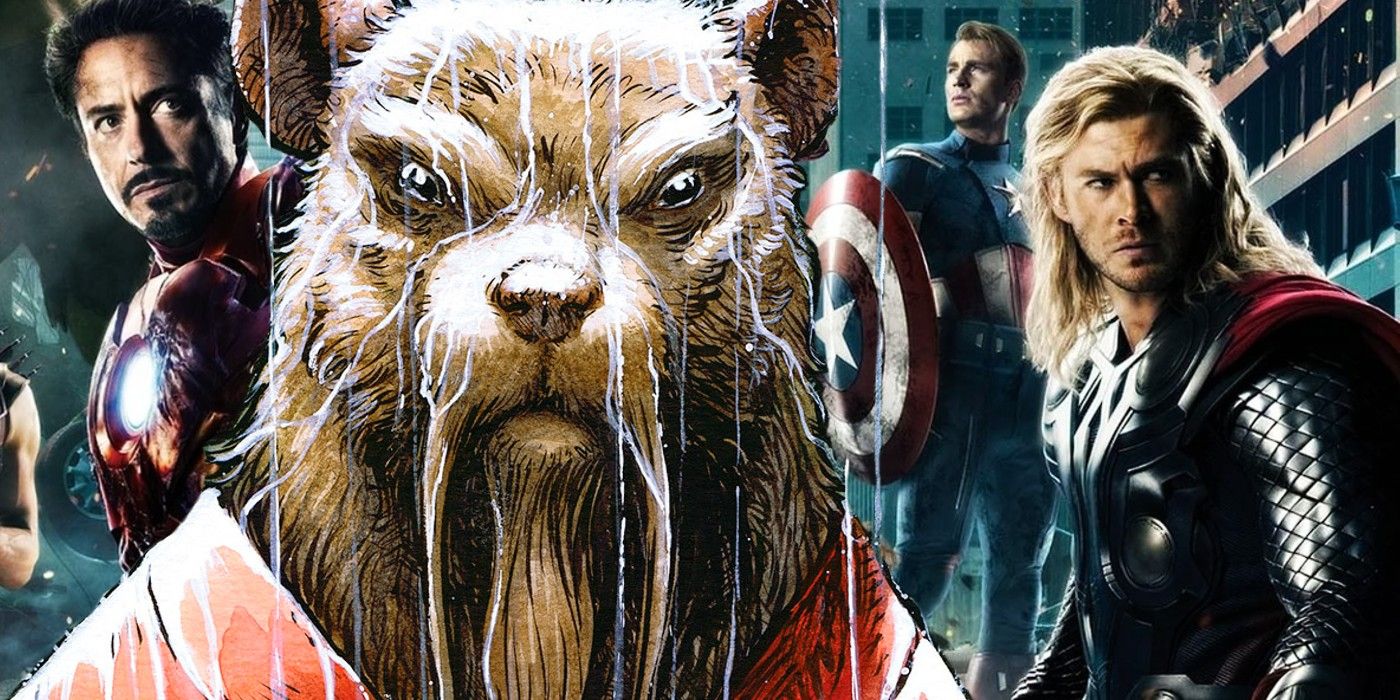 
Splinter, the elderly mentor of the Teenage Mutant Ninja Turtles, is actually a tribute to a hero Marvel fans will know from the MCU – indeed, even his name is a pun on their chosen identity. While creators Kevin Eastman and Peter Laird have confirmed the name’s inspiration in the past, it will be readily apparent to any Marvel fan who reads the original comics.

Created in 1984, the Teenage Mutant Ninja Turtles were originally conceived as an homage to the type of grim and gritty comics characteristic to creators like Frank Miller. In fact, the turtles actually share their origin with Daredevil, as their initial appearance implies that the chemicals which mutated them into humanoid form were the same that struck a young Matt Murdock across the face, granting him enhanced senses. Several aspects of the Teenage Mutant Ninja Turtles are therefore tributes to Daredevil, with the Foot Clan replacing the Hand, and Splinter acting as a tribute to Matt’s comic-book mentor.

In the comics, Matt Murdock’s enhanced senses are initially a curse, and he only learns how to control them by studying with his mentor, the irascible warrior Stick. Stick is leader of the Chaste – a group of powerful warriors who have enhanced their natural abilities to superhuman levels in order to stand against the Hand. As a reference to this, the Turtles’ mentor is given the name ‘Splinter,’ that being a rat-sized equivalent of a stick. Stick was depicted in Netflix’s Daredevil by Scott Glenn, and grandfathered into MCU lore along with Matt Murdock, who appeared in Spider-Man: No Way Home.

Master Splinter is generally associated with Hamato Yoshi, imagined as either being the martial artist’s pet rat or else his reincarnated soul, and therefore possessing a grudge against the Shredder, who killed the heroic man. Ironically, despite being stern with his Turtle sons and a literal animal, Splinter is far less objectionable as a person than Stick, who considers Matt Murdock a failure for abandoning his tutelage and choosing to fight crime in Devil’s Kitchen, making his disdain apparent throughout Matt’s life. In some adaptations of the franchise, Splinter’s name is explained in-world as referring to him breaking countless wooden boards while training the Turtles. However, the Daredevil link is the origin, as confirmed by Laird, who stated in Andrew Farago’s Teenage Mutant Ninja Turtles: The Ultimate Visual History, “Splinter’s name was a tip of the hat to the Daredevil supporting character Stick.”

Having blown up into a beloved franchise that’s seen decades of success in comics, games, movies, and television, Teenage Mutant Ninja Turtles‘ association with Daredevil has been forgotten by all but dedicated comic fans. However, several explicit references to the MCU hero are built into Teenage Mutant Ninja Turtles‘ lore, including Splinter’s name being a reference to Daredevil’s mentor Stick.