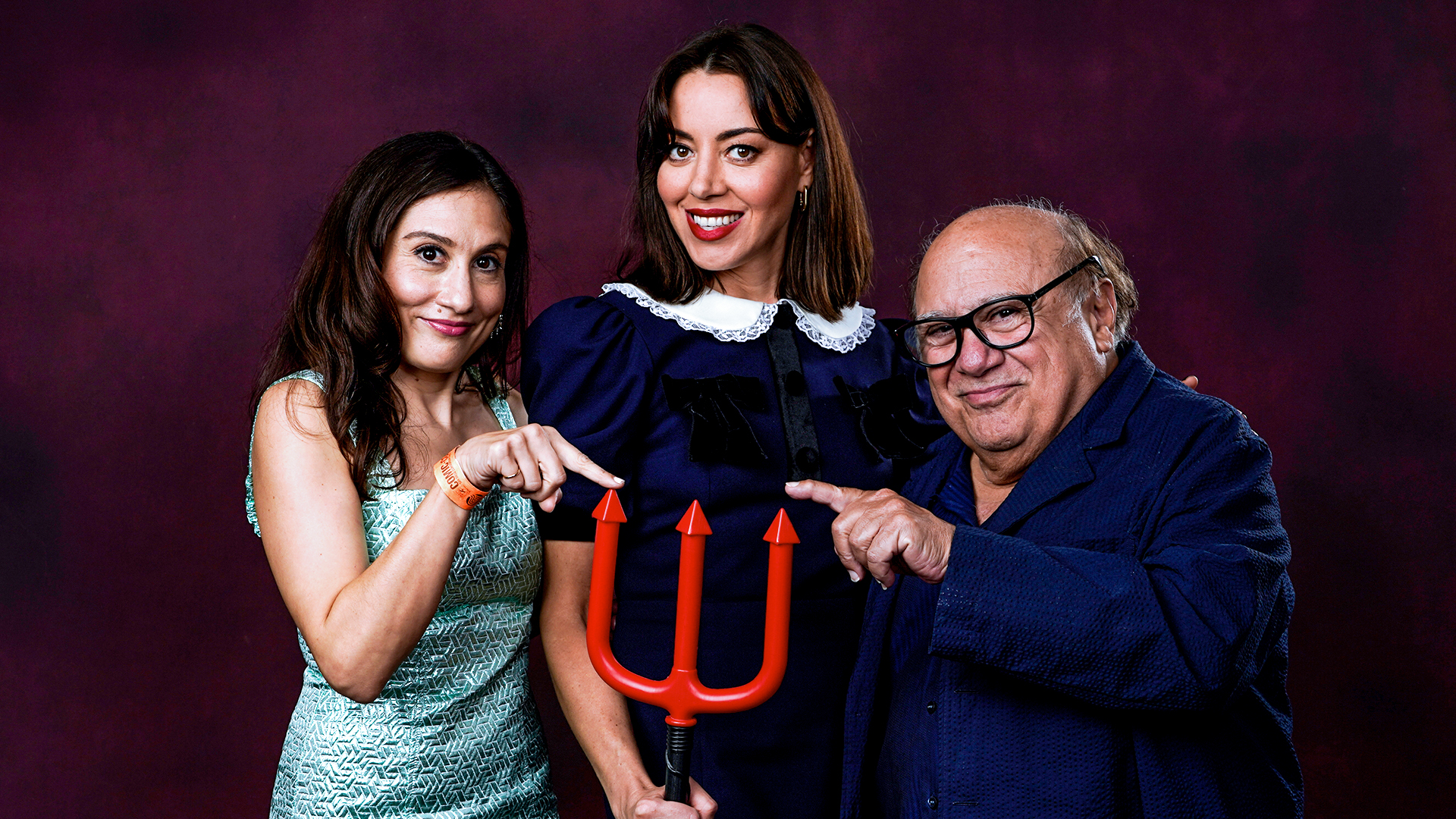 
“Little Demon,” a new animated show about a woman who mates with Satan and produces the Antichrist, is raising eyebrows and making cultural waves.

But amid the cacophony of frustrated retorts to the show — which airs on the Disney-owned network FXX and stars Danny DeVito as Satan — faith leaders and media experts are sounding some consequential theological and practical alarms for parents and children alike.

Listen to the latest episode of CBN’s Quick Start podcast:

“I … can’t believe that this show exists,” Mike Signorelli, senior pastor of V1 Church in New York City, told CBN’s Faithwire. “I think if we could go back 30 years … everybody would universally be shocked and appalled.”

Signorelli isn’t exaggerating the situation, as the promotional language for “Little Demon” alone showcases the disturbing themes and images embedded in the show — violence, paganism, and satanic storylines cloaked in attempted comedy.

“Thirteen years after being impregnated by Satan, a reluctant mother, Laura, and her Antichrist daughter, Chrissy, attempt to live an ordinary life in Delaware but are constantly thwarted by monstrous forces, including Satan, who yearns for custody of his daughter’s soul,” reads the show’s description.

Signorelli said “Little Demon” is the fulfillment of what happens when morals and ethics slowly erode and decay, sending culture on a slippery slope that tragically yields such a strange moment.

“What happens is, things incrementally change year over year to where you can accept what you would have never accepted in a previous generation,” he said. “As a Christian, I believe that the enemy is after our children. We wrestle not against flesh and blood but principalities powers and rulers in high places.”

Considering the purported paganistic themes in “Little Demon,” one of the quotes about the series that is circulating comes from actress Aubrey Plaza, who plays Laura.

“I love that we are normalizing paganism,” Plaza said while speaking about the show during an event this summer. “Laura is a pagan. She’s a witch. She’s jacked.”

Dr. Ted Baehr, a Hollywood mainstay and the founder of Movieguide, an organization that helps families navigate entertainment content, said he’s neither stunned by the airing of “Little Demon” nor is he surprised by the show’s controversial themes, especially considering culture’s precarious standing.

“Seeing this show is … not surprising,” he told CBN’s Faithwire while discussing the disturbing elements and themes. “This is the direction that our culture is going in.”

Despite “Little Demon” airing on FXX, a Disney-owned outlet purportedly targeting 18 to 34-year-olds, the animated series’ edgy language and themes — and the fact it’s a cartoon — could attract much younger viewers curious about the subject matter.

Beyond that, there’s the peculiar inclusion of one of the main characters — the devil’s daughter — who is a young teen, a seemingly strange element for a show purporting to target adults.

“We all know that children want to watch what they’re not supposed to watch,” Signorelli said.

Signorelli and Baehr are just two Christians speaking out, though reaction has also moved into the political realm. One Million Moms (OMM), an advocacy group, issued an “urgent warning for parents” over the series, proclaiming, “Disney has taken yet another dangerous step into the darkness.”

“Along with other Disney-associated productions such as ‘Maleficent,’ ‘Star vs. the Forces of Evil,’ and ‘The Owl House,’ this new adult cartoon series, ‘Little Demon,’ is also set in a spiritually demonic realm,” the organization wrote in its warning.

OMM continued, “Disney is introducing viewers, including children who might stumble across this series, to a world of demons, witches, and sorcery. Along with the demonic content of this series, the minds of younger viewers will also be inundated with secular worldviews that reflect the current culture.”

A petition created by the OMM had over 24,000 signatures as of Wednesday morning.

Rep. Mike Johnson (R-La.) is among others who have spoken out against “Little Demon” as well.

The congressman published a Sept. 5 Facebook post calling an ad for the show “disturbing” and describing how he rushed to shield his 11-year-old from the preview when it came on during a recent LSU-Florida State game.

“I could write volumes this morning and unpack pages of Bible verses here, but instead, I’m just going to state the obvious: Please be careful. Our job as parents is to guard the hearts and minds of our kids,” Johnson wrote. “This culture has become alarmingly dark and desensitized, and this is not a game. Disney and FX have decided to embrace and market what is clearly evil. STAY FAR FROM IT.”

He also cited 1 Peter 5:8, which reads, “Be sober, be vigilant; because your adversary the devil prowls around like a roaring lion, seeking whom he may devour.”

Johnson wrote a follow-up post Tuesday defending his original comments and emphasizing the importance of speaking the “truth in love,” a calling Christians see rooted in Ephesians 4:15.

The congressman said it’s essential to utter such truths “even — and sometimes most importantly — when it may not be popular.”

Johnson’s words ring true as parents grapple with how to handle shows like “Little Demon.”

Parents concerned over shows like “Little Demon” must be diligent, especially as society continues to embrace and infuse occultic and satanic themes into the mainstream.

“The whole culture is in the midst of a satanic revolution — if you want to put it in those terms,” Baehr said, going on to encourage parents to be proactive in monitoring kids’ entertainment consumption.

“We just need to teach them to have the right values to understand they’re not going to get self-esteem by becoming a satanist,” he said.

Baehr also lamented the “big problem” parents face today, as the average child will be inundated with tens of thousands of hours of entertainment by the time they reach the latter teen years.

He encouraged moms and dads to be diligent and to teach discernment early on.

“Parents are overwhelmed, they’re working, they’re tired,” he said, noting moms and dads need to train young people to be wise and perceptive even when parents aren’t around. “You have to teach the teenager or any age child … to be media-wise.”

Pray for our culture amid the onslaught of such dark themes.

***As the number of voices facing big-tech censorship continues to grow, please sign up for Faithwire’s daily newsletter and download the CBN News app,  to stay up-to-date with the latest news from a distinctly Christian perspective.***