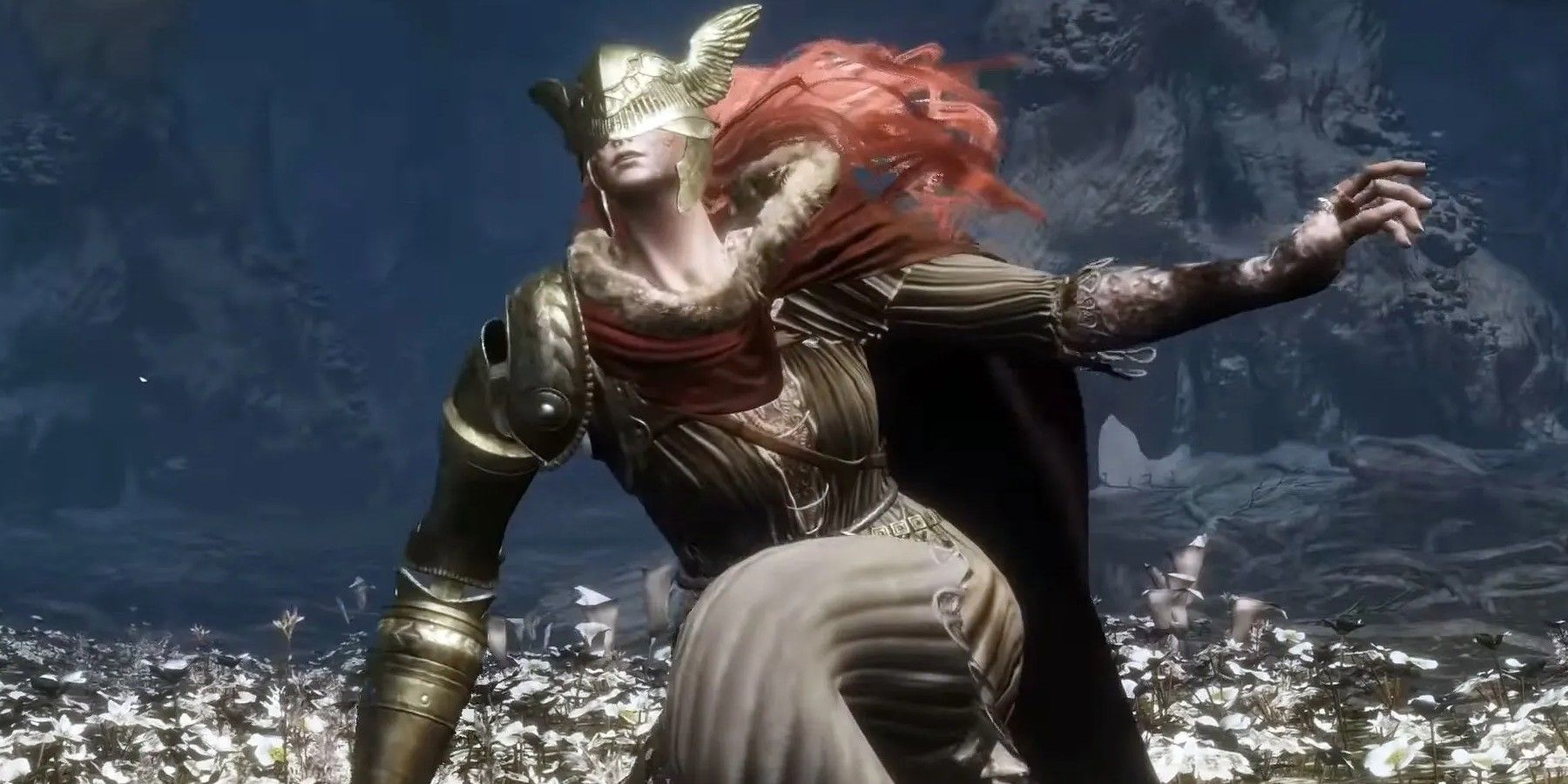 
Elden Ring‘s Malenia boss battle is an incredibly intense challenge under normal circumstances, but one player has successfully defeated her using a Dance Dance Revolution dance pad. A streamer spent an extraordinary amount of time trying to beat Malenia, and the video clip shows her victory as it happens.

Elden Ring, like other FromSoftware games, has a reputation for being an intensely difficult game to beat under the best circumstances. Malenia isn’t just any boss, though, serving as one of the most intense challenges the game has to offer. That’s what makes this achievement particularly impressive.

Twitch streamer MissMikkaa is no stranger to Elden Ring, having already defeated the game using a standard controller. However, she wasn’t going to stop there, and has been attempting to defeat the Malenia boss fight using a DDR game pad. According to comments on the video, this was her 84th attempt to beat the fight, and while the clip doesn’t show the entire battle, she finishes Malenia off with grace.

The clip begins when Malenia is at very low health. However, instead of charging in and attempting to finish her off, MissMikkaa is strategic and cautious, backing off to recover from the damage Malenia has dealt. She narrowly avoids Malenia when she dive bombs her with her Scarlet Aeonia attack, audibly complaining that she’s using it again. The excitement starts building both in the chat and for MissMikkaa herself, as she says “This is the one. This has got to be the one now,” while noticeably out of breath from the exertion. After a few more swings and an evasive dodge, she successfully lands the finishing blow on Malenia, and collapses to the ground, excited but exhausted.

Viewers in the stream and commenters on Reddit showered MissMikkaa with praise, highly impressed at the success. Playing any action game with a DDR pad isn’t easy, but persistence paid off here. Many joked about what she might try beating the game with next, pointing out how other streamers and gamers have performed similarly ridiculous feats in games like Dark Souls and Sekiro, utilizing odd controllers like the Donkey Kong Bongo drums or even wiring up a baguette to work as a game controller.

Others noted how much they struggled with this particular boss fight using a standard controller and how envious they were of MissMikkaa’s skill. The Malenia boss fight is no joke, but it seems that as long as games of extreme difficulty exist, players will find ways to make it even harder for themselves just for the challenge and ability to say that they did it.

MORE: Early Prediction: Elden Ring Will Beat Out God of War Ragnarok at The Game Awards