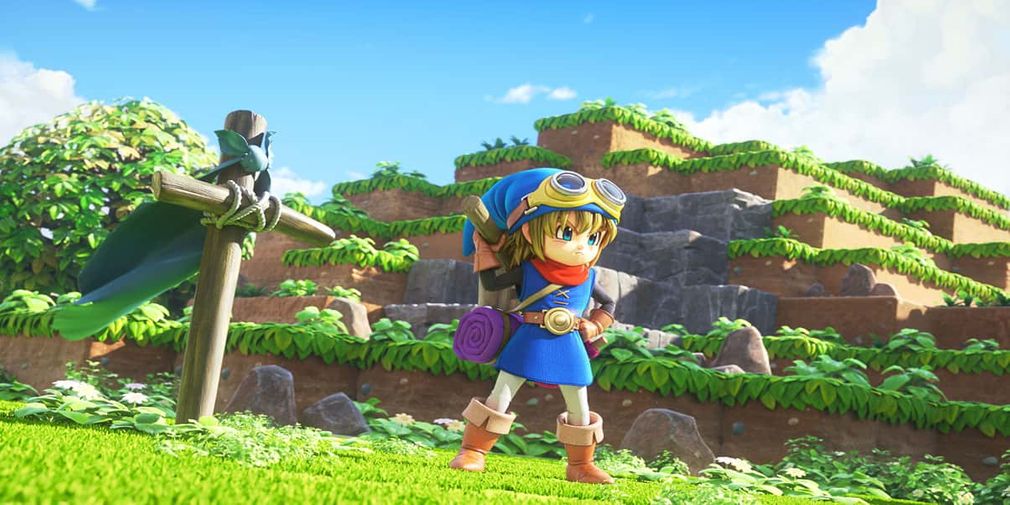 
Released way back in May of this year, Dragon Quest Builders’ mobile version is set to receive a new update that addresses one of the fanbase’s major gripes alongside a pretty decent discount. Upon launching back then, it had been discounted to $21.99 and is now that price once more until September 19th. Alongside this, the game now features iCloud Save support, so your data will be safely secured on the iOS Cloud service!

In case you missed it when it did release, Dragon Quest Builders is a lovely little gem that blends the JRPG mechanics and world of the Dragon Quest series with a Minecraft-style gameplay loop. The Minecraft inspiration is quite clearly worn on the sleeve, and a lot of the same mechanics can be found in this one too.

That includes a voxel-based world and art style alongside the same block-building mechanics found in Minecraft, and also the survival style gameplay where you’ll need to eat to stay alive as you break down the world around you to get resources and use them to your advantage.

Where Dragon Quest Builders differentiates itself is with that art design first off, as it still sports that lovely Dragon Ball anime look even while rocking that voxel style too. But it extends deeper than that, as there are also some real RPG systems going on under the hood too.

One of the cooler mechanics of Dragon Quest Builders is the ability to kind of create your town. The closest comparison I’ve got is Terraria, in which you’ll build buildings to the liking of certain NPCs, who will then take shelter in that room and stay in them, offering their services to you. Builders take this same concept and use it to the fullest as well, allowing you to make a quasi-village of your own.

Combine that with the fact that an actual main questline and story exist within the single player too, and this is basically the JRPG version of Minecraft itself! If that sounds like something you’re interested in, you can purchase Dragon Quest Builders on sale right now at either of the links below!

Looking to try out the true Dragon Quest series yourself, or try your hand at other titles like it? Check out our Top 25 best JRPGs for iOS!