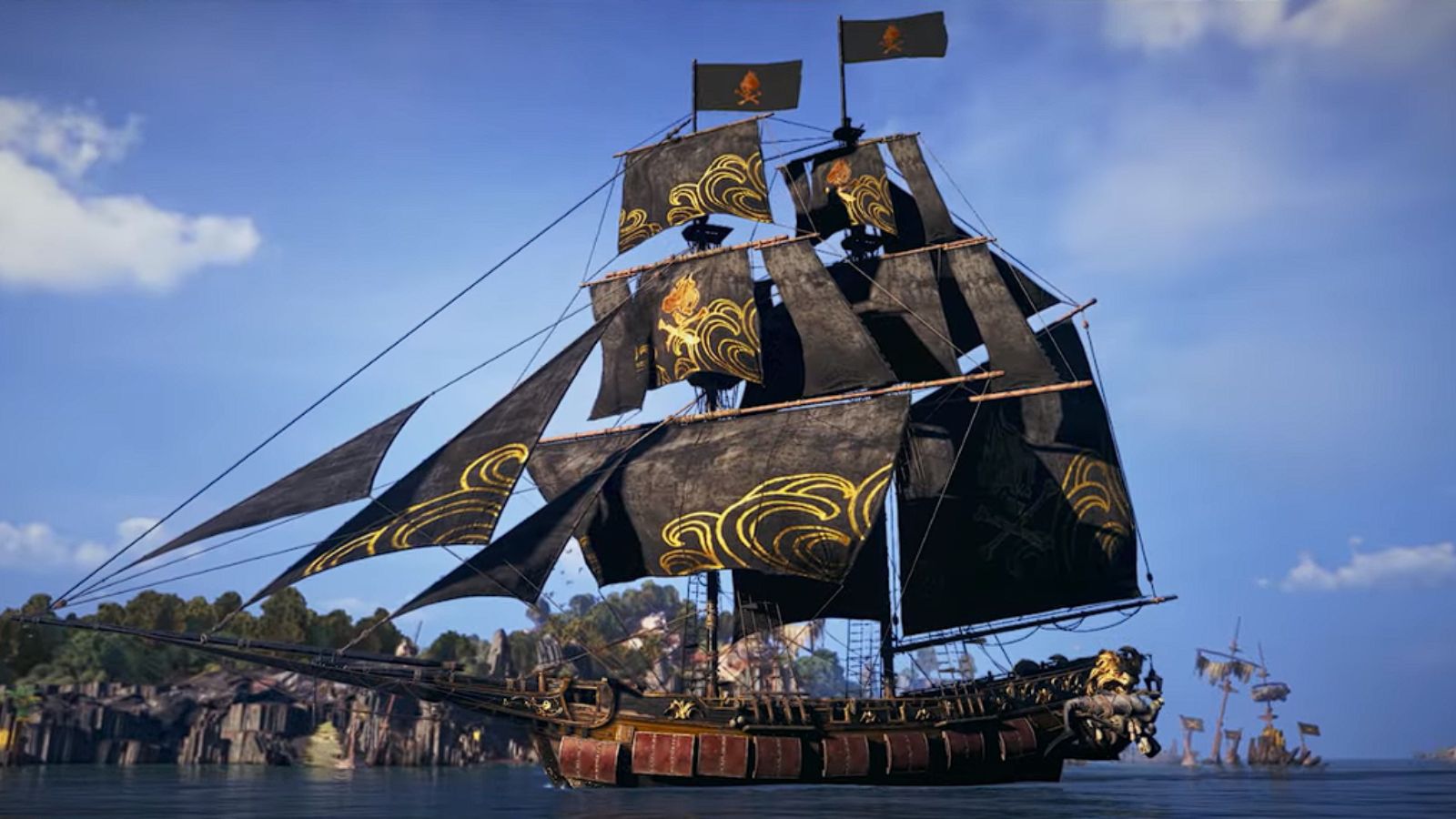 Alongside updates for titles like Mario + Rabbids Sparks of Hope and Rainbow Six Mobile, fans got another look at the upcoming pirate game Skull & Bones.

In Skull & Bones, players will be able to customize their ship in detail, including sail designs, crew appearance, and on-board weapons.

Skull & Bones’ Creative Director Elizabeth Pellen walked fans through some of the customization aspects that can expect to see in the full game.

Pellen noted players can “loot and unlock a large variety of vanity sets” that can be mixed and matched to fully personalize the look of a pirate captain and ship.

Additionally, players will be able to fully customize the appearance of their crew, though the outfits will be changed wholly as a set and not on an individual basis, at least for now.

Next, Pellen talked about weapon customization, which focused on the different types of cannons players can attach to their ships.

For example, the Long Gun excels at firing long-distance shots while the Carronade has a quick reload speed with less damage output. Each weapon will have strengths and weaknesses that players will need to factor in.

Next, Pellen discussed fort raids, which will reward players with large bounties depending on how many waves of enemy ships they can defeat.

The full trailer goes into more detail about other aspects of ship customization, but it seems players will have a lot of freedom when it comes to designing their ideal pirate ship in Skull & Bones.