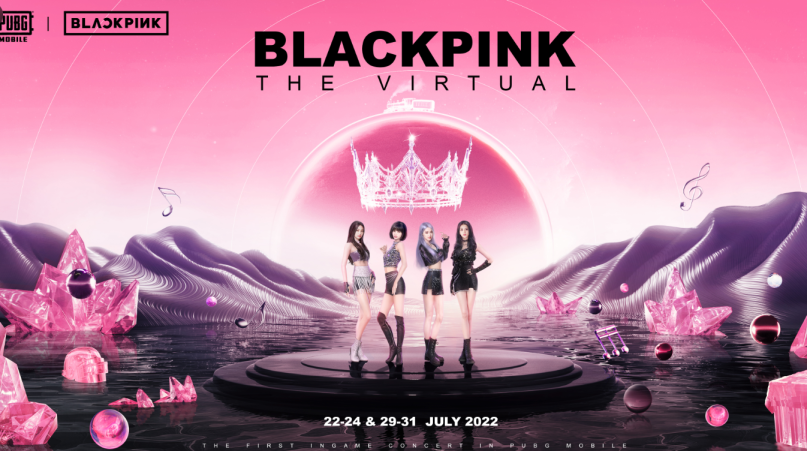 PUBG Mobile x BLACKPINK: PUBG Mobile collaborated with BLACKPINK, one of the most popular female K-Pop groups in the world. The collaboration introduced an in-game concert named “The Virtual”. BLACKPINK wins Best Metaverse Performance for “The Virtual” at the 2022 MTV VMAs. Here’s everything that is known about the concert so far. For future updates of PUBG Mobile, follow InsideSport.IN.

Congratulations to @BLACKPINK for the #VMA win 🖤 🥳 We’re honored to have worked with such talented performers to bring the world #THEVIRTUAL! #BLACKPINKxPUBGM https://t.co/ziDYOVs8Js

“Along with the members’ 3D avatars, three-dimensional sounds and performances came to life through the high-level technology of the game production company, PUBG Mobile. BLACKPINK unveiled a special track at ‘THE VIRTUAL’. The concert has taken place in the virtual world provided a unique new experience to fans. In particular, the performances has been completed with motion capture, adding a lifelike vibe similar to the real deal.”

This was the second collaboration between PUBG Mobile and BLACKPINK. Previously, the popular female K-Pop group produced “The Album,” which had been used as the lobby music in PUBG Mobile.

BLACKPINK’s last proper Korean song was ‘Lovesick Girls’ in October 2020. In the year 2021, we have seen the solo debut of Rosé and Lisa. Finally, we have concrete information on BLACKPINK’s next song, which will be released during the virtual concert on PUBG Mobile later this month. After The Virtual, BLACKPINK released a new song Pink Venom which is currently trending all over the world.  For future updates of PUBG Mobile, follow InsideSport.IN.