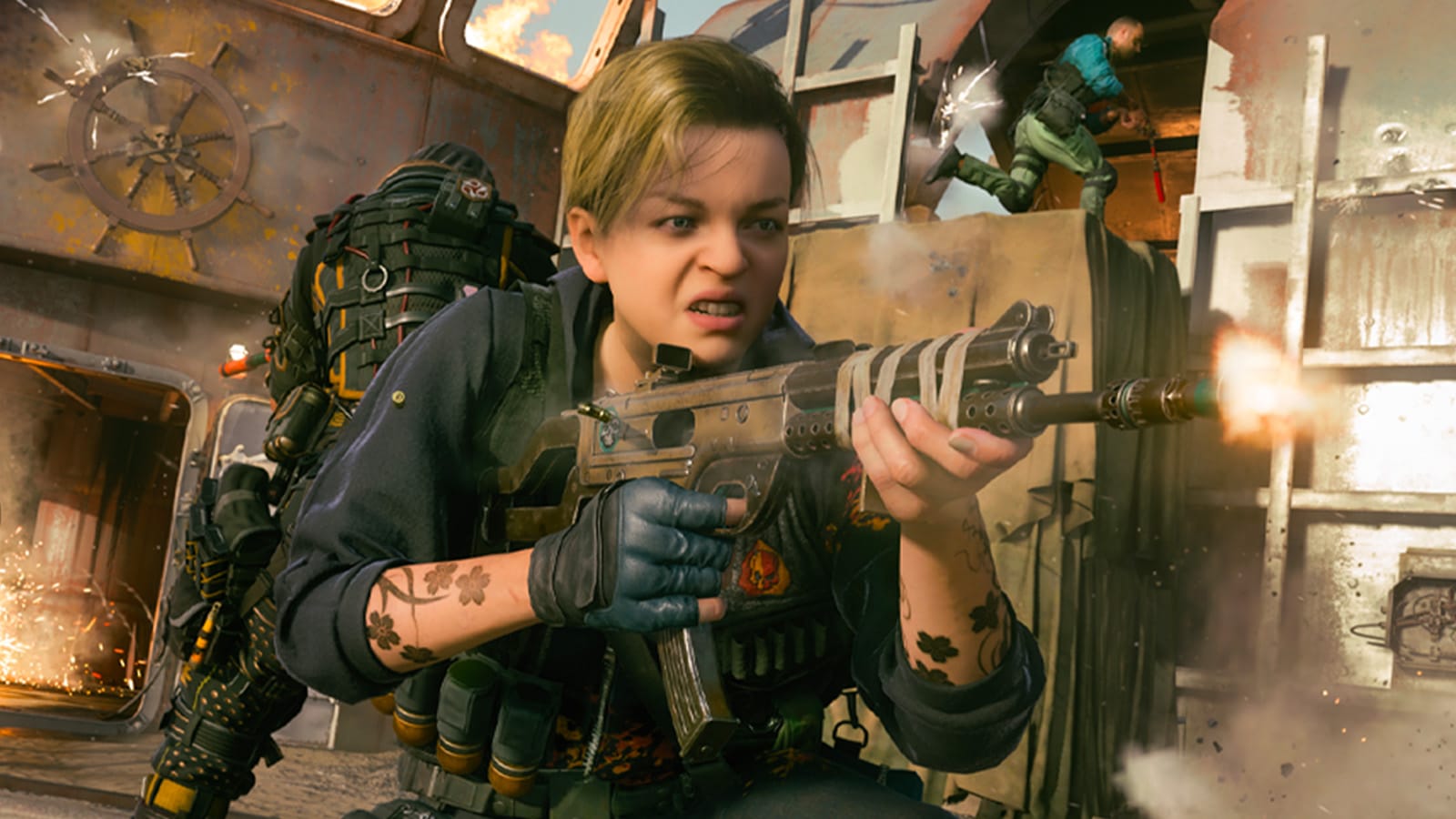 
Sledgehammer Games has now led development on three separate Call of Duty titles, but Vanguard’s identity crisis only raises more questions of the studio and its future with the series.

The release of Modern Warfare 2 this fall makes it eight years since Call of Duty: Advanced Warfare launched. The 2014 title was Sledgehammer Games’ first as a lead CoD development studio and received a decidedly mixed reaction. They certainly threw themselves into the deep end with CoD’s first foray into advanced movement and came out generally unscathed as fans appreciated the effort, even if the execution was not considered impeccable.

However, the two Sledgehammer games that have followed – 2017’s World War II and 2021’s Vanguard – have been received more negatively. In particular, the most recent installment, raises questions about Sledgehammer’s ability to be a lead studio for the Call of Duty franchise.

There are rumors that Activision, whose own internal issues have dominated headlines across the last 12 months, have been disappointed by Vanguard and the reception it received from the player base. To some degree this is borne of Warzone’s success but, primarily, it shows an annual installment that has been unable to establish its own identity and, worryingly, a studio with little idea of where they wanted to take their game.

Firstly, there is the setting. While WWII was the first CoD since World at War in 2008 to be set in the infamous global conflict (which perhaps helped its sales), there were few calls for a return to the 1940s before Vanguard was announced. Even if the chosen setting is overlooked, the stories told and environments rendered do little to build on the underwhelming aesthetic WWII provided. Both games undoubtedly fall some way short of the powerful and visceral backdrop we were treated to in Treyarch’s WWII effort, World at War.

Vanguard also brought back a number of Second World War weapons we’ve seen before in the Call of Duty series. The MP40, STG-44, and Kar98k all returned in some capacity but, alongside other old weapons, these reincarnations lacked conviction and felt like mere imitations of guns we’ve seen before in superior games. There is a stark difference between placating fans with ‘classic’ CoD weapons and rehashing content in such a way that it feels tired from its inception. Perhaps it’s a fine line, but it’s one that Sledgehammer games consistently are on the wrong side of.

There has also been a frustrating failure to improve on WWII’s weakest aspects. Maps, both in number and quality, were a major issue in the 2017 title. While Vanguard dropped with an admittedly impressive 16 multiplayer maps, none have stood out as eminently playable or particularly well-designed. Bugs and glitches, across Vanguard’s entire life cycle, have taken far too long to be remedied and seriously impacted the average player’s experience. Ranked Play did not drop until February and new additions – like post-match voting screens – do nothing but unnecessarily slow down the game. The issues are even more difficult to countenance given the fact Sledgehammer had an extra year to develop Vanguard, with Treyarch rushed into developing and releasing Black Ops Cold War in 2020.

It’s a game that is torn between historical accuracy and the kind of pop-culture arcade shooter that Fortnite has necessitated Call of Duty become. There was consternation after release, not least from the competitive community, that Vanguard would not feature Trophy Systems. Sledgehammer’s reason for doing so was that Trophy Systems did not exist in the Second World War and so their implementation would be contrary to the immersive environment they were trying to create (they were ultimately added). Simultaneously, skins were released that allowed players to don full swimsuits or become furry animals. I must have missed the history lesson where Second World War troops fought in Scuba Diver cosplay. Season Five, inexplicably, even introduced a version of the EM1 energy weapon that featured in Advanced Warfare. It’s true that as game’s life cycles peter out they often get more creative with content to keep fans engaged, but the contradictions would be frustrating if they weren’t so laughable. To some degree, Activision can take responsibility for the issues too. Uniformity between Warzone and annual installments has caused a host of issues but, where Sledgehammer has been concerned, there appears to have been little in the way of creative oversight.

The Barrier Reef skin dropped with Vanguard Season One.

All Vanguard’s issues coalesce and it becomes a game with such a convoluted and contradictory identity it may as well not have one. Black Ops III is the perfect contrast. While its eccentric characters and vivid futuristic environments were not for everyone, it was a game that knew what it wanted to be and executed it. Specialists were diverse and creative, maps were colorful and immersive, and weapons reliably balanced and fluid. It is easier to accept a game that sticks to its principles and fails than a game which adopts an incoherent scattergun approach.

Modern Warfare 2 looks set, for the first time in the CoD series, to have a two-year life cycle (although this has not yet been confirmed by Activision). Either way, the earliest Sledgehammer’s next entry can come is 2024, and potentially not until 2025 if MW2 does indeed get a two-year life cycle. In short, there is ample time for the studio to make a comeback with a unique, creative, and excellent Call of Duty game. The problem is that, in the eight years since Advanced Warfare released, we’ve seen little to indicate one is coming.