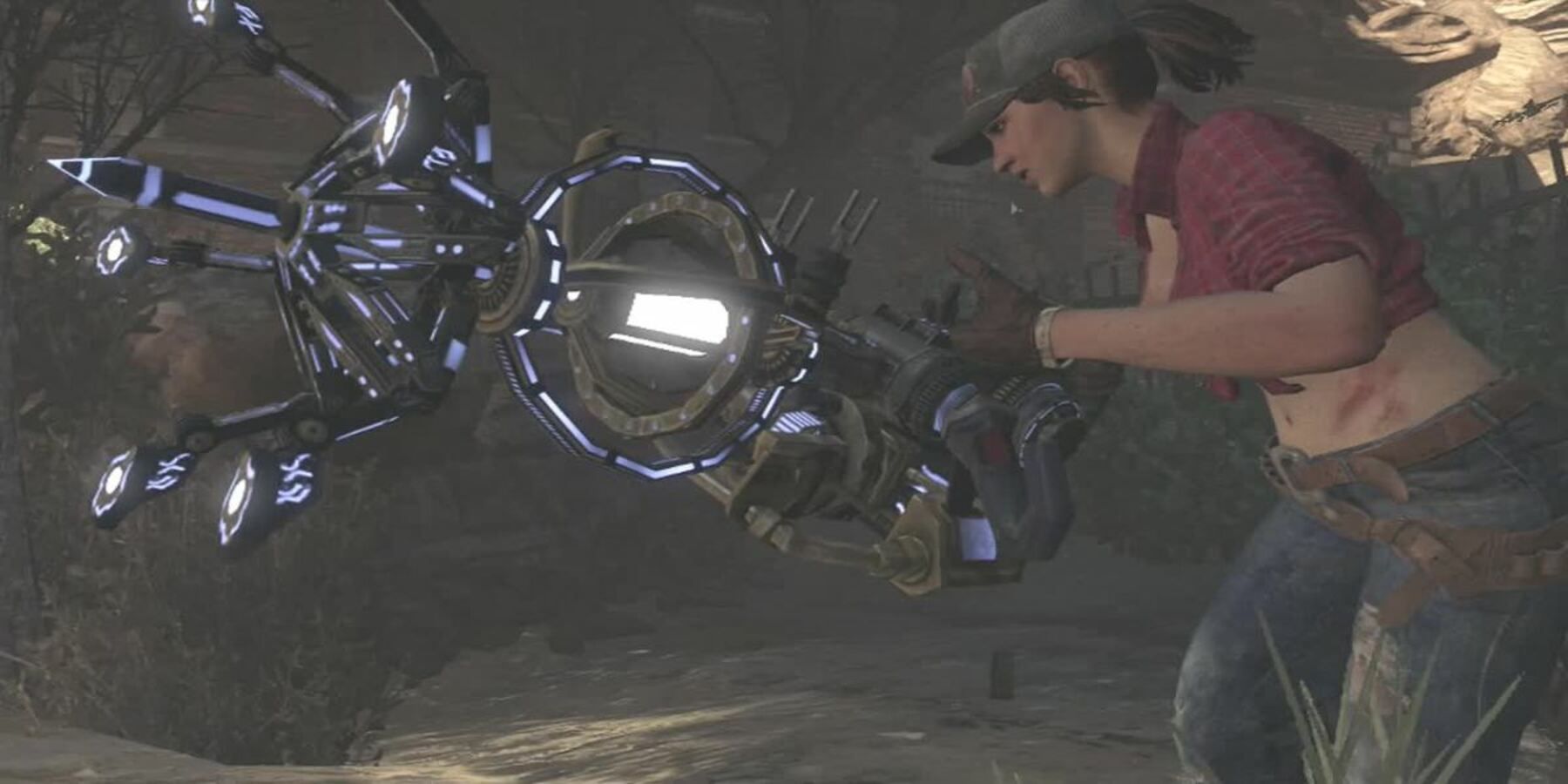 Call of Duty Zombies has had many unique Wonder Weapons over the years, but the Paralyzer ranks near the top in terms of originality. Not only does the weapon have unlimited ammo, making it a high round powerhouse, but it allows players to fly around the map if they jump while shooting the ground. While slowing the undead to the point of death is the gun’s main purpose, fans have had plenty of fun with the flight capabilities – and it turns out that even more can be done with the Paralyzer.

The trick in question was showcased by Reddit user Shadowassassin14, and it sees the player holed up in the most effective camping spot on Buried: the Juggernog alley. As Shadowassassin14 waits for their Paralyzer to recharge, they tell their teammate to get ready. Once the gun is able to be fired, they back up to the perk machine and give their teammate the signal to dolphin dive while the Paralyzer is being fired. Hilariously, this propels their ally forward, and they explode once they land on the ground.

While the explosion is caused by the PhD Flopper persistent perk, the truly entertaining part of the video is the launching of the Redditor’s teammate. Clearly, Shadowassassin14 was blown away by this mechanic, as they let out a high-pitched, excited “yo.” The title of the post asked the rest of the Call of Duty Zombies community whether they knew if this was possible, and a vast majority of commenters shared that this was the first time they ever saw the Paralyzer used in such a way.

While players could theoretically use this Paralyzer trick to trigger PhD Flopper explosions without jumping off a high up area, its practical use will be extremely limited. Instead, this trick will likely be treated as another way to mess around and kill some time between rounds, though that does not make it any less satisfying. Though Zombies fans have been enjoying Buried for over nine years, many players learned something new about the map thanks to this Redditor’s discovery, explaining the 1600 upvotes the clip has received.

For those hoping to replicate these goofy Paralyzer launches, loading up a match with a friend and hitting the Mystery Box to get the Wonder Weapon should be the only steps that are required. This fun trick may not change the way gamers approach their matches of Buried, but the Call of Duty Zombies community has clearly enjoyed learning something new about the classic map.

MORE: Call of Duty 2024 Could Feature Another Zombies-Themed Collector’s Edition