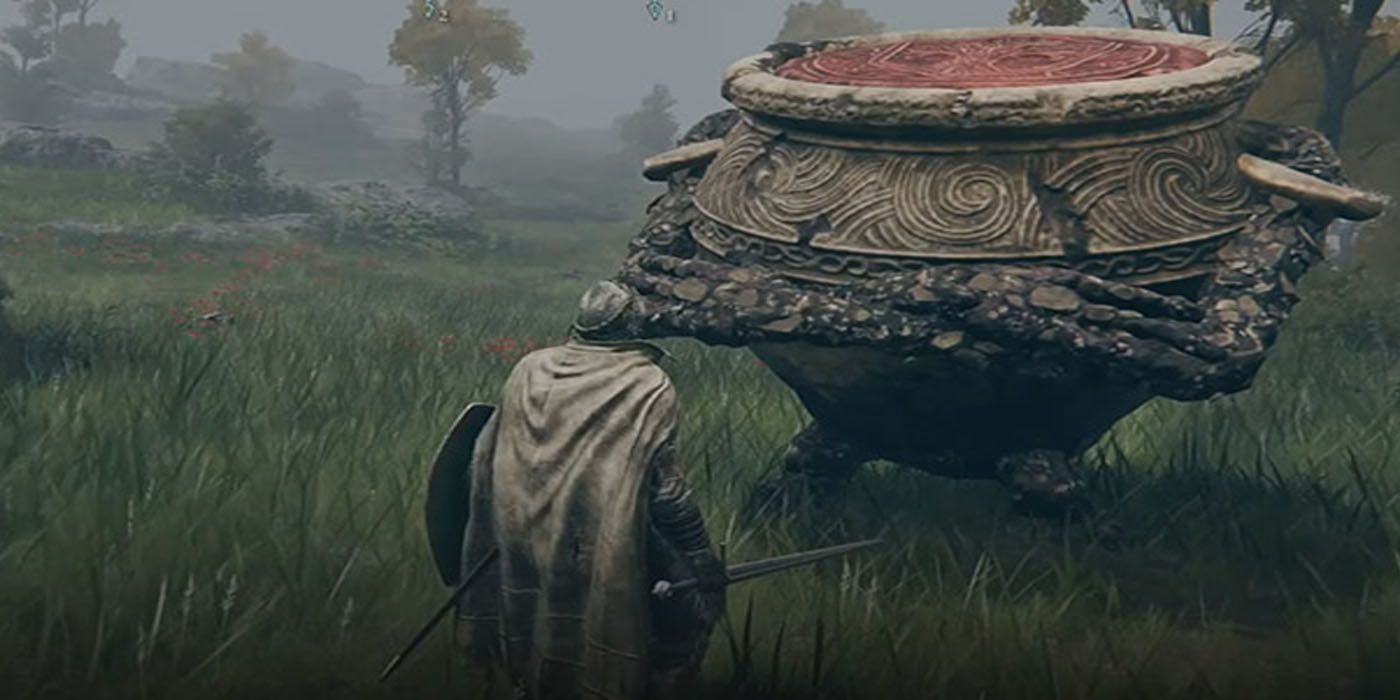 
The mother of an Elden Ring fan created a surprisingly accurate and snuggly crochet doll of the adventurous Living Jar, Iron Fist Alexander.

The mother of a fellow Tarnished has crocheted a remarkable doll of Elden Ring NPC Iron Fist Alexander. Old Iron Fist is one of the friendlier Living Jars that populate Elden Ring, whom the player encounters while he’s in a rather literal tight spot. Apart from providing some of the more entertaining NPCs of the Lands Between, Elden Ring’s Living Jars make great plant holders as well.

Veteran Soulsborne fans know to prepare for anything within the series. Whether it’s the infamous difficulty compelling players to cautiously peer behind every corner, or the several unorthodox NPCs and creatures encountered throughout the series, players know anything from a sun-worshipping knight to a horrid celestial abomination could be right around the corner. In the case of Elden Ring, this can be a giant sentient jar stuck in the dirt. This is where players first meet Iron Fist Alexander, a Living Jar who is on an adventure to become a great warrior but instead wound up mired in mud. Unlike his brethren, Alexander is a far more pleasant vessel, with many parallels to the Onion Knight Siegmeyer of Catarina from Dark Souls, as both are cheerful adventurers who find themselves stuck on their journey until assisted by players.

Game Rant recently reported that the mother of Elden Ring Reddit user VogelSlayer crocheted an impressive looking doll of Iron Fist Alexander. The cuddly depiction is highly accurate in proportion and detail, featuring Alexander’s notable cracks and the familiar ring pattern found on most Living Jars. Even Alexander’s lid pattern is meticulously stitched into the doll’s cap. Remarkably, the work of VogelSlayer’s mother has already garnered over 12,000 upvotes and has been praised in the comments, with many desiring a huggable Alexander of their own.

The unorthodox nature of beings like Iron Fist Alexander is partly why Soulsborne NPCs are so endearing, especially when good-natured. In such unforgiving settings, it’s a relief to embattled players when they come across legitimately friendly faces. Unsurprisingly, this also makes it easier for fans to immortalize NPCs like Elden Ring’s Alexander in 3D sculptures and the like. Unfortunately, such endearment can make it all the more heart-wrenching if these helpful characters end up turning on a player or perishing during the campaign.

It’s safe to say that VogelSlayer’s mother has created something truly impressive, especially by the standards of the Elden Ring community. With such positive reception from the community, this Iron Fist Alexander crochet doll may be one of the most endearing tributes to From Software’s latest success. While Elden Ring can certainly be punishing, it’s good to see it can also bring families together.