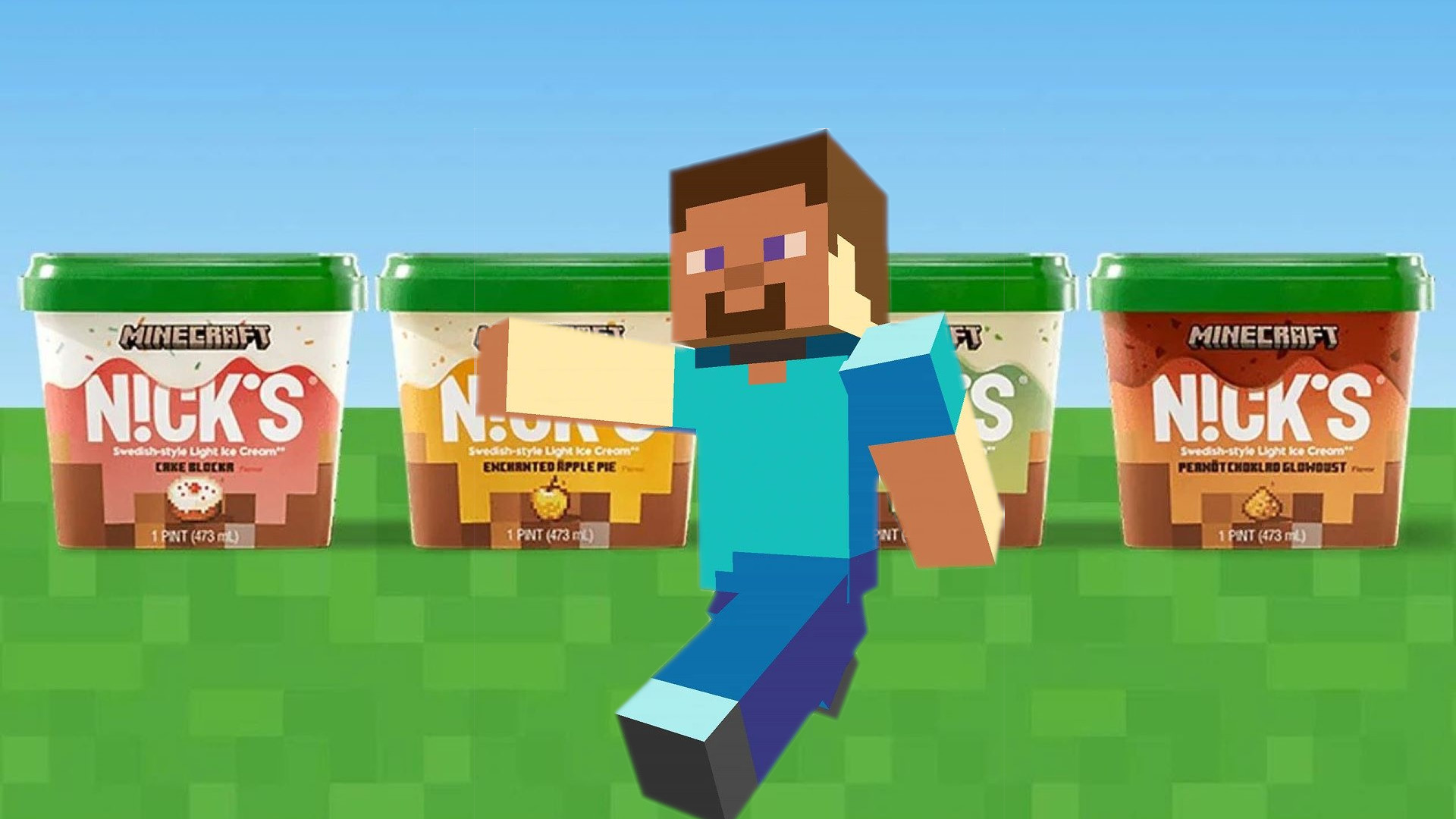 
Minecraft ice cream is real. We write about a lot of weird and wonderful things, including the odd subgenre of “things in Minecraft get made in real life,” like this Minecraft door someone painted, or these impressive modular working Minecraft Redstone blocks. This time though, we’re talking about food.

We’re not really sure how any of this came about, but Minecraft and an ice cream company called Nick’s are partnering to bring Minecraft-flavoured ice creams to the world. Nick’s is a company that prides itself on healthier ice creams that are sweetened using plants instead of as much sugar, the fact that its ice cream is a lot lower in calories and carbs, and also that they’re keto-friendly as a result. Keto is a diet that excludes carbohydrates, in case you’ve never heard of it.

The first ever Minecraft ice cream! 🍦

This combination of companies means that you’ll soon be able to get your hands on four different flavours of Minecraft ice cream. Peanöt Choklad Glowdust, Cake Blocka, Enchanted Apple Pie, and Emerald Minta are all going to be sold by Nick’s, but only in a limited quantity. You’ll actually need to sign up to get an alert for early access if you want to make sure you can get this stuff inside of you. We’ve never heard of early access for food either, but hey, at least it’s not a beta test.

This is easily one of the strangest Minecraft crossovers we’ve heard of because at least the Spongebob Squarepants DLC had something going on in the sandbox game as well. If you’re interested in slightly less peculiar Minecraft things, then take a look at our list of the best Minecraft skins, and the best Minecraft mods available to download.