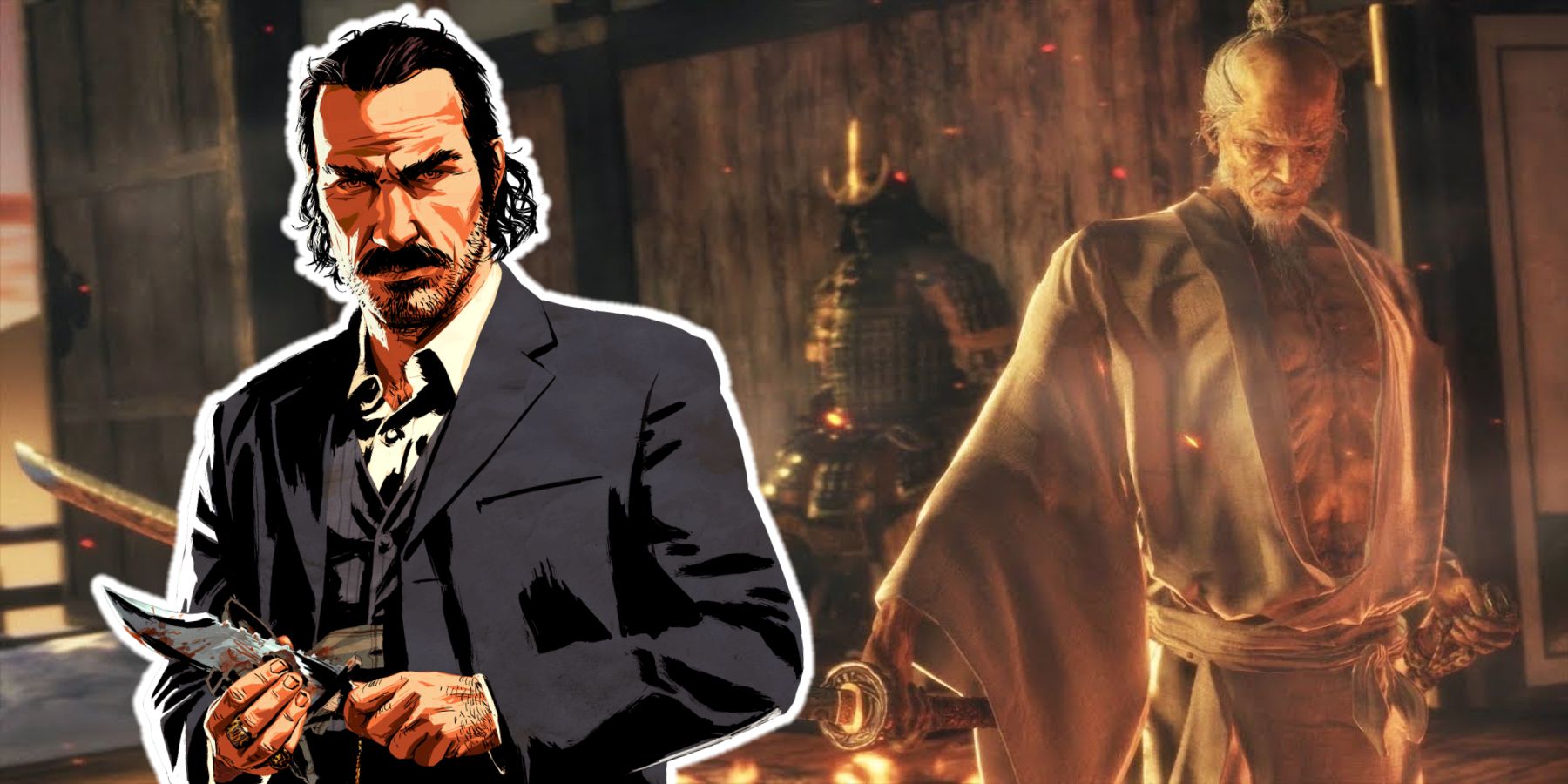 Rockstar Games’ Red Dead Redemption 2 and FromSoftware’s Sekiro: Shadows Die Twice don’t have all that much to do with one another, but one TikTok user saw an opportunity to combine the two in a pretty unique way. The former is a western third-person shooter that weaves a romanticized narrative of brotherhood and betrayal, while the latter is a hardcore Soulslike that bears distinctly Eastern influences, but the two gel together surprisingly well thanks to a mod.

In a TikTok posted on September 11, user jamezwitaz showcased a Sekrio: Shadows Die Twice mod that replaces the titular shinobi with Dutch Van der Linde from Red Dead Redemption 2. Seen going up against Isshin Ashina, who can be encountered should the player choose to side with Owl toward the end of the game, Dutch seems to be holding his own against the master swordsman. That’s made all the more impressive by the fact that he’s battling Isshin with a crude axe, and he’s also got a shotgun on his back that he’s not opting to use.

RELATED: Dedicated From Software Fan Has All Achievements In Dark Souls, Elden Ring, And Sekiro

Were the Sekiro: Shadows Die Twice mod a bit more realistic, Red Dead Redemption 2‘s Dutch Van der Linde wouldn’t stand a chance. Tenacious as he is, the quick frontier firefights he’s used to can’t hold a candle to the drawn-out clash of blades seen in Ashina. Perhaps this has something to do with the plans Dutch constantly talks about in-game. That said, jamezwitaz has showcased a bunch of non-Red Dead-related content.

The uploader seems to have a penchant for anime; quite a bit of their content shows off Sekiro: Shadows Die Twice and Elden Ring mods based on huge shonen hits like One Piece and Demon Slayer. A post from September 1 stands out as particularly memorable, as it exhibits a super stylized mod that replaces Elden Ring’s player character with Demon Slayer’s masked Inosuke. Other mods shown on jamezwitaz’s TikTok account introduce major One Piece and Final Fantasy characters to the Sekiro: Shadows Die Twice universe.

As out-of-place as Dutch Van der Linde, Roronora Zoro, and Cloud Strife may seem in FromSoftware games, mods like these are often vital to a game’s legacy. Bethesda’s long-famed The Elder Scrolls 5: Skyrim likely wouldn’t have enjoyed its decade of dominance in the RPG space were it not so easily modified, and, hopefully, TikTok users like jamezwitaz keep these games in the limelight for a long while.

MORE: Rockstar Still Needs To Do One More Thing For Red Dead 2 Before Moving On To GTA 6