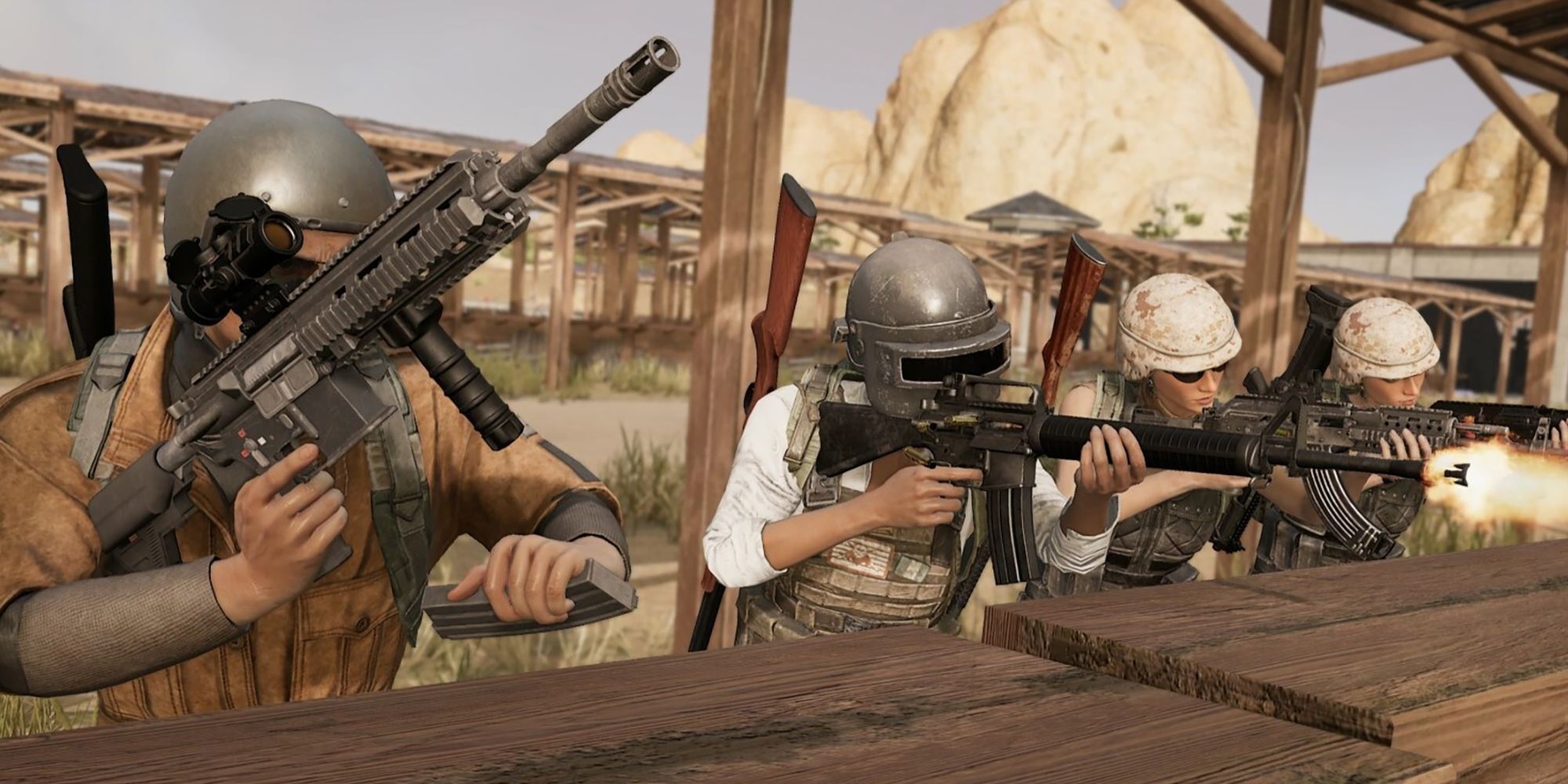 
Battle Royale games are a definite thrill, and PUBG has enjoyed a large part of the market for them. One of the first to land, it has remained a consistent household name since. You land on the map defenseless, and you’ll have to scrounge for the tools to make your rivals think twice before picking on you — all while chasing that elusive chicken dinner.

Related: Nintendo Switch Games To Play If You Like PUBG

No matter what map you find yourself dropping into, you’ll want to grab the best gear possible. But what weapons are the best of the best, the ones to carry you to victory?

Carefully picking your shots is a valid strategy for some, but for everyone else, there are guns like the M249.

This light machine gun used to only be found in care packages, but it has made its way to normal spawns on some of the newer maps. If you’re looking to spray hate at the next person who comes around the corner looking for your loot, then this is the gun for you. It does hit pretty hard too for an automatic gun, and starting with a 75-round magazine is more than plenty. Extended mag bumps take the capacity up to a mighty 150 rounds. 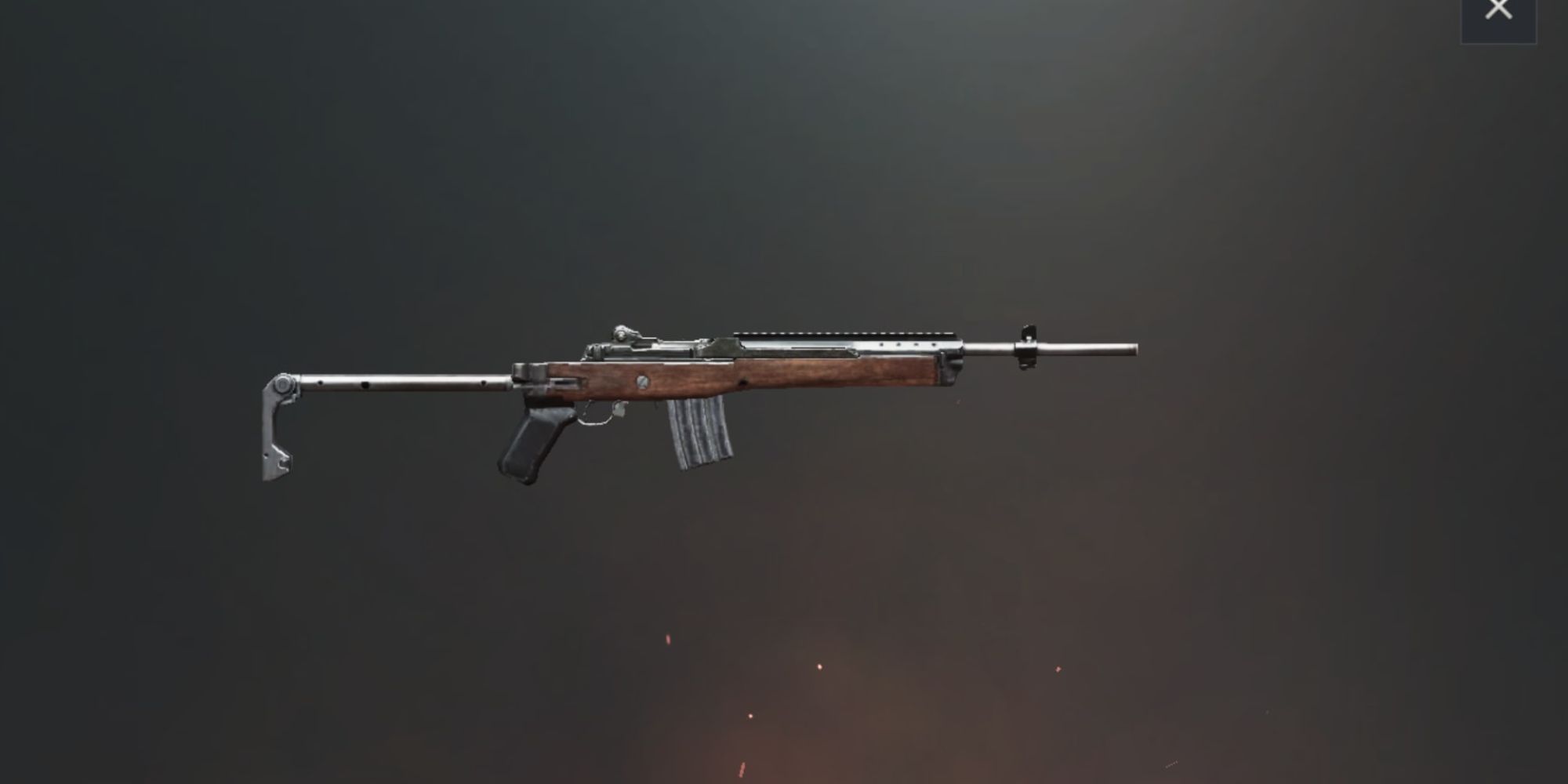 Often overlooked for some of the more heavy-hitting long-range weapons, the Mini 14 shouldn’t be slept on. It’s an accessible weapon for all since recoil is almost nonexistent.

Matched with a fairly decent scope, the Mini 14 can be a great mid-range option for keeping some distance between you and your rivals — especially since this gun is fairly common when you first drop. 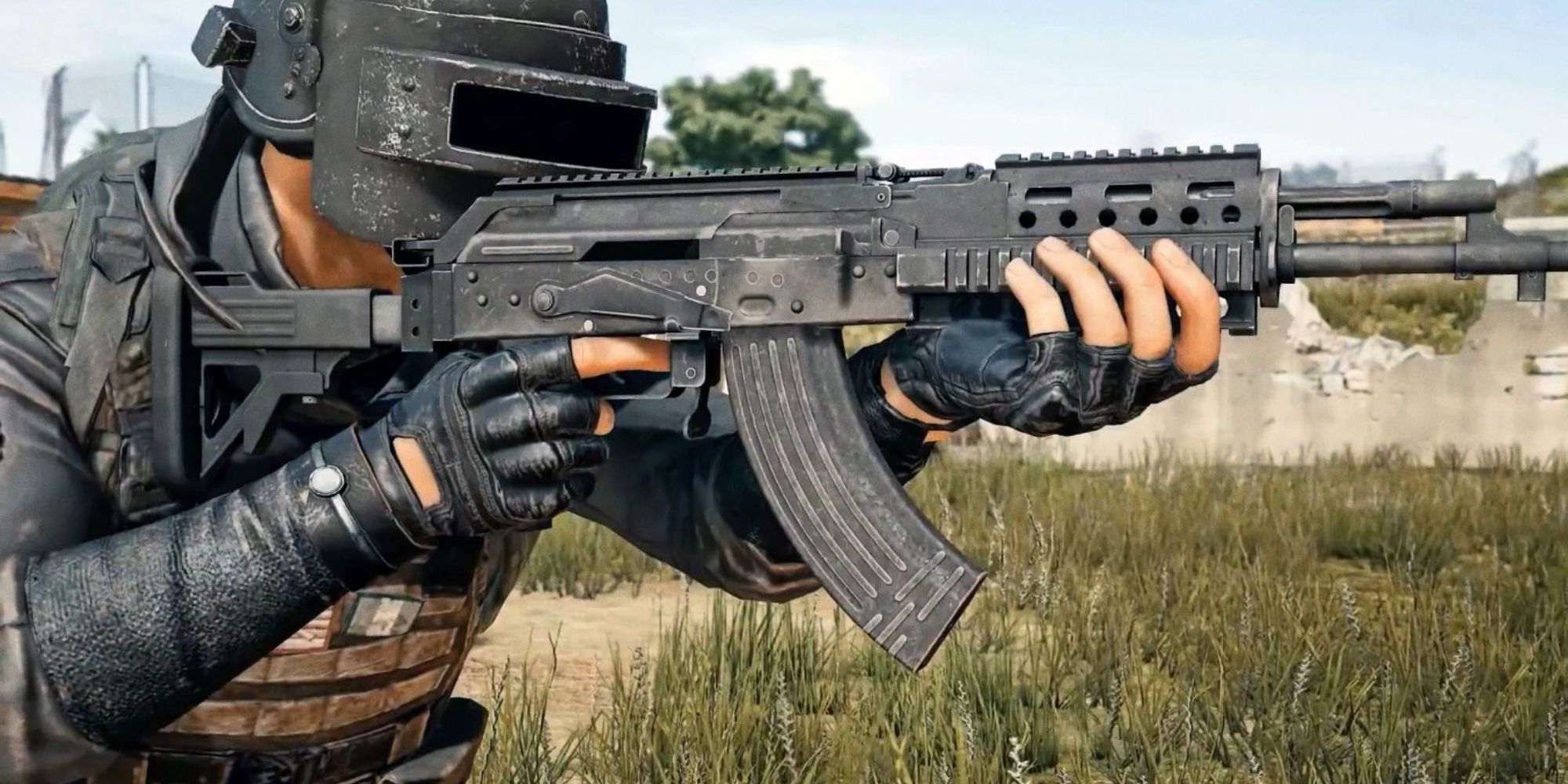 A top-notch assault rifle, the Beryl stands out from its competitors. Even with such a long list of counterparts in the assault rifle class, this gun stands out. The Beryl balances everything quite well, and it’s that jack-of-all-trades approach that makes it a great gun to grab.

Easy to aim at when using single fire, it also has enough damage and a fast enough firing rate to be a viable option at close range. As you modify it through accessories found on the map, it becomes a platform that matches whatever you want it to do. 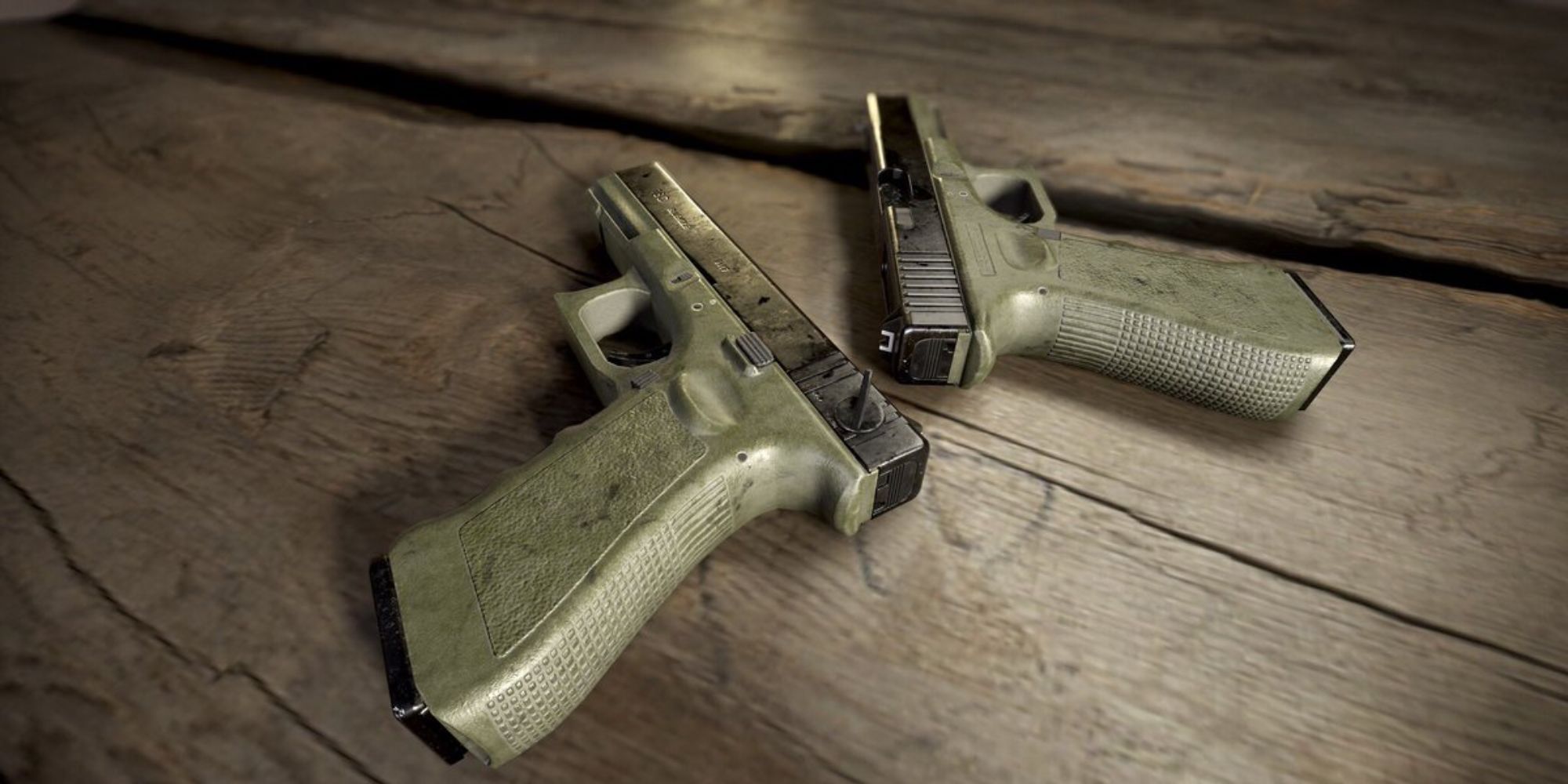 Handguns aren’t the first focus for most people when dropping onto the map. Mostly used as a last resort between reloads, pistols typically leave the player wanting when it comes to damage and rate of fire.

The P18C turns that on its head. A fully automatic pistol with a pretty fair recoil, it is something to keep an eye out for. Put a sight, extended mag, and even a laser on it, and it is a veritable submachine gun. This makes it a great choice for when you have two main weapons that may prefer single fire, or even just have a slow firing rate. 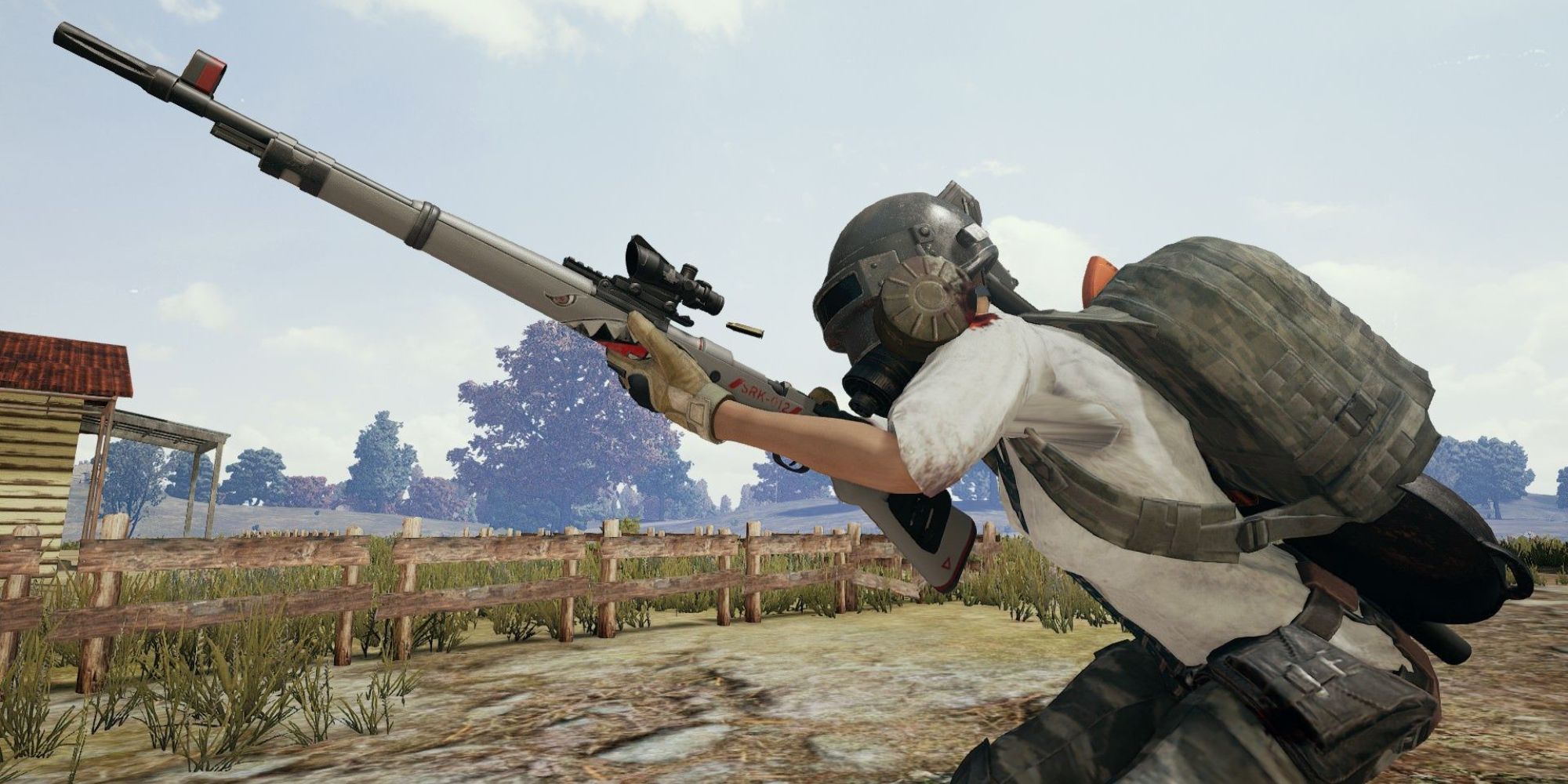 The Kar98 is a weapon synonymous with PUBG, almost to the level that the pan is — and there’s a great reason for that.

While somewhat archaic, the bolt-action Kar98 can be a boon in early matches where armor and helmets are often low-level or nonexistent. In moments when follow-up shots aren’t necessary, the Kar98 is the way to go. A great rifle when combined with a good scope later on in the game, it can make long-range engagements a breeze in skilled hands. 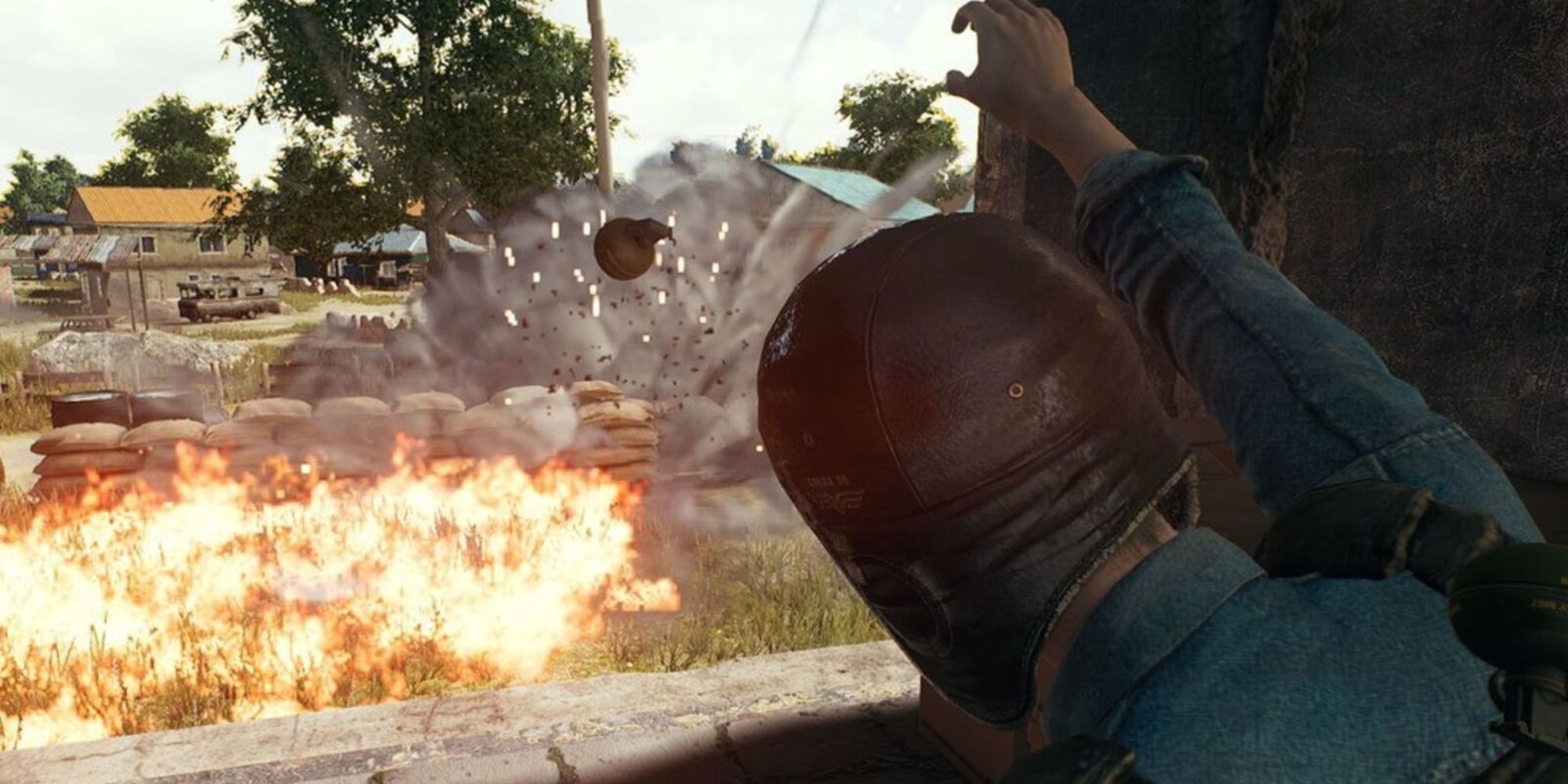 Grenades are a great item to keep on hand, and can be a nasty surprise when you think you’re solidly behind cover. A well-lobbed grenade can deplete an enemy’s health and armor, if not kill them outright. They have some good physics to them, so make sure you learn how they react when thrown.

Once you’ve mastered the art of using grenades, they’re a great way to start or especially end a gunfight. Seeing an enemy fly through the air because of a well-placed grenade is an awesome moment. 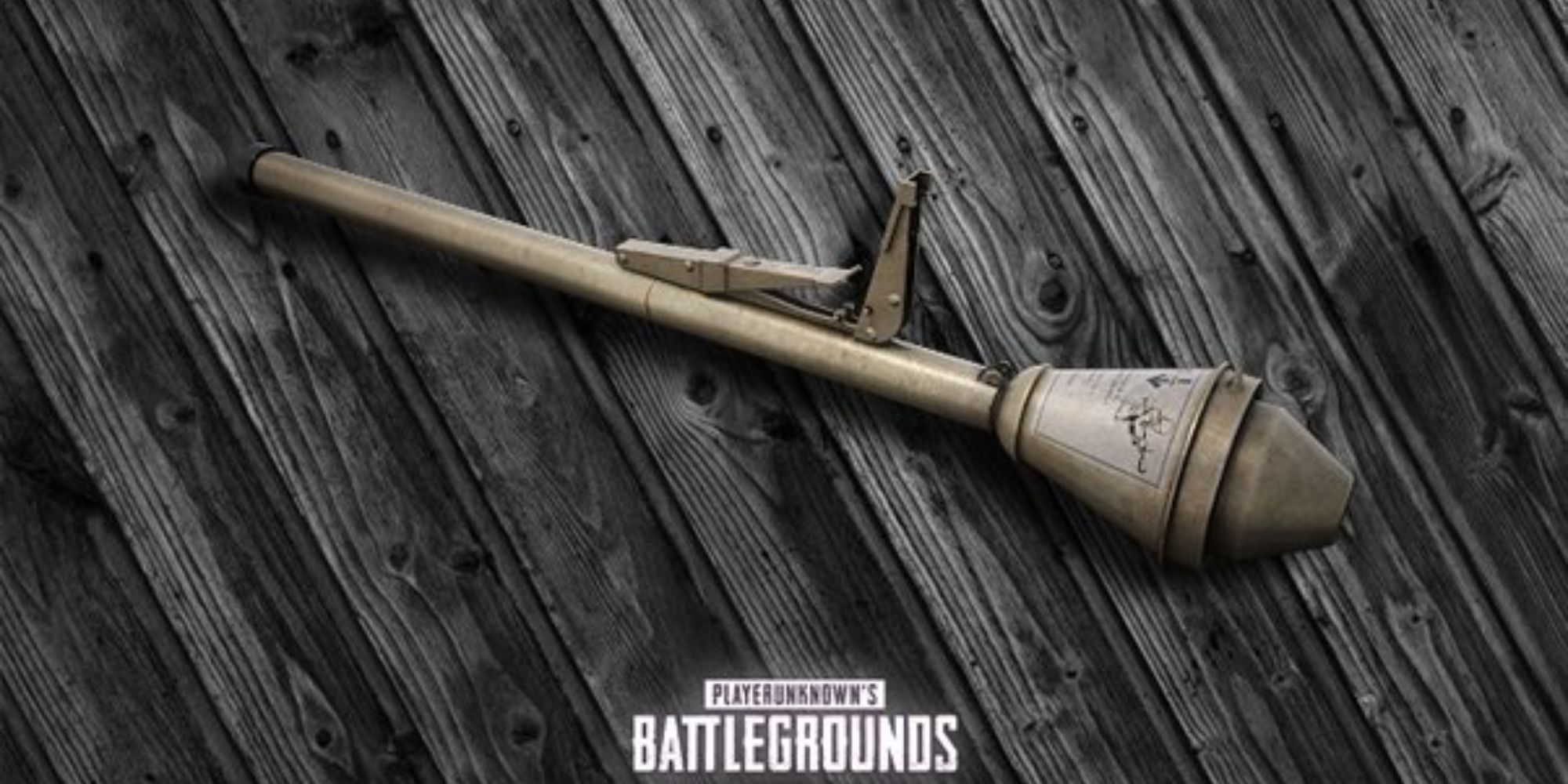 There’s nothing better than coming up on an enemy and hitting them with a rocket from the Panzerfaust. This WW2-era launcher packs a heavy punch. It unfortunately is only a one-shot weapon, and does take up a primary weapon slot.

Related: Games That Started Out As Mods

However, the shock-and-awe tactic of starting an engagement by hitting an enemy with the Panzerfaust, and then following it up with a quick burst from your other primary, makes quick work of most. 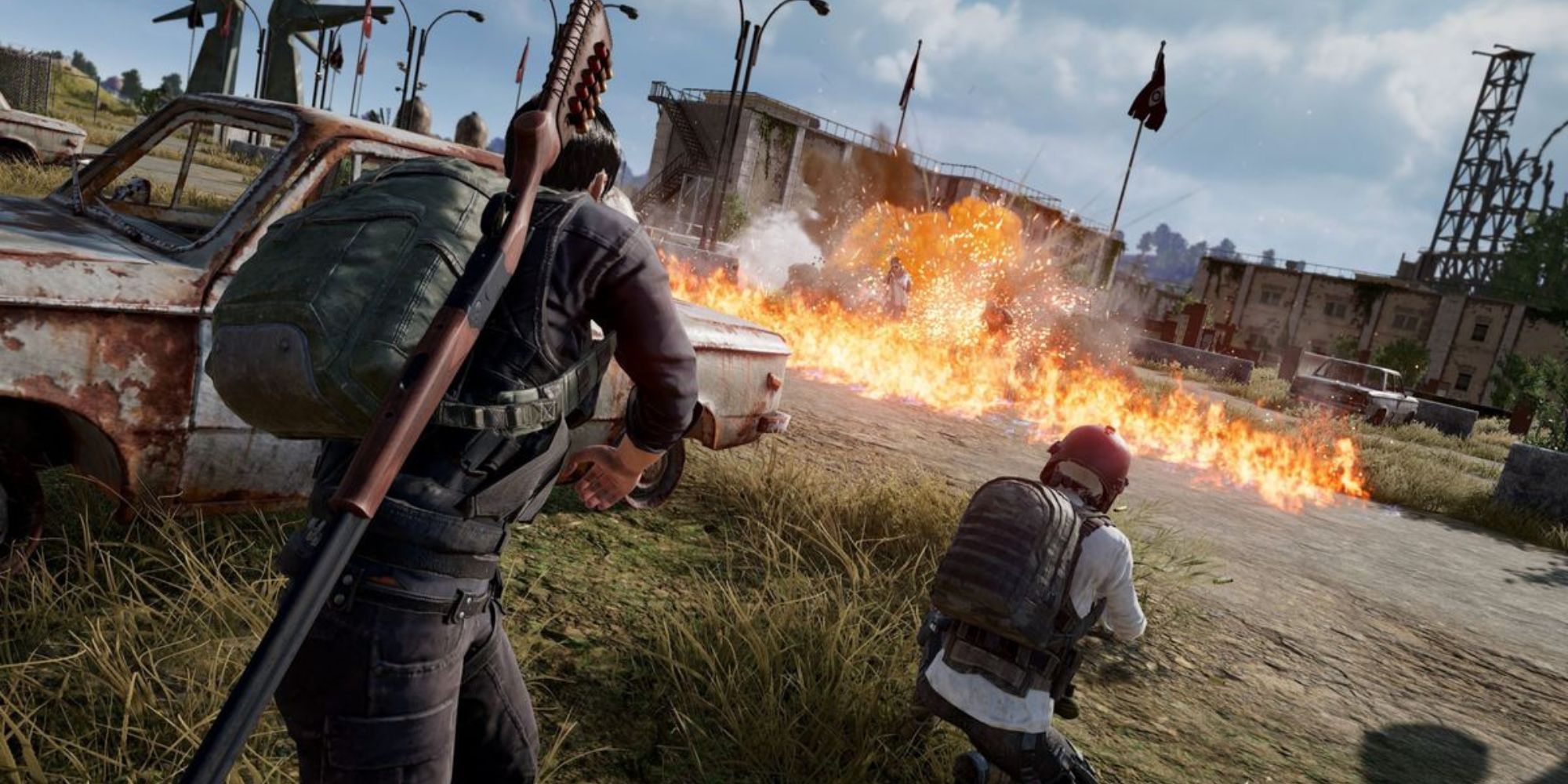 The Molotov Cocktail may seem like a cheap weapon, but when you get it right, it can bring a world of hurt to your enemies. This throwable also has the added benefit of area denial.

This can be used to great effect when you and your team want to bottleneck opponents, and set up a kill zone where you know they’ll rush you from instead of going through the wall of fire that’s now in front of them. 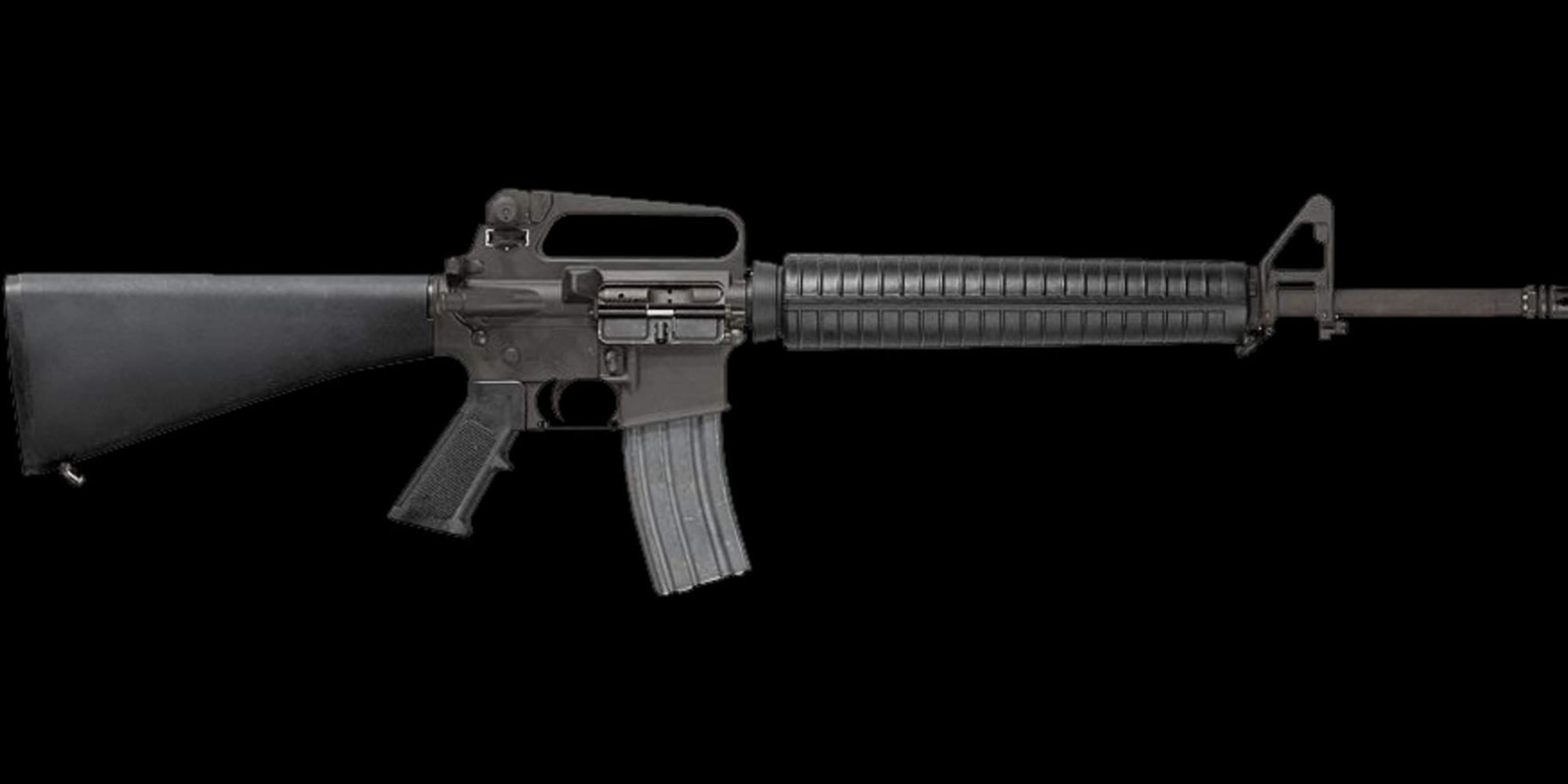 The workhorse of earlier seasons of PUBG, this gun still holds its own quite well. Long-time fans will remember all the times this gun got them out of a bad situation.

It may not be as flashy as some of the other assault rifles, but you know exactly what you’re going to get out of the M16A4. The single fire and burst options of this gun are both quite accurate, and with little recoil considering it fires 5.56 rounds. Slapping on a good scope and making this a sort of pseudo-DMR, or an extended mag and going full assault rifle with it, are both valid options. 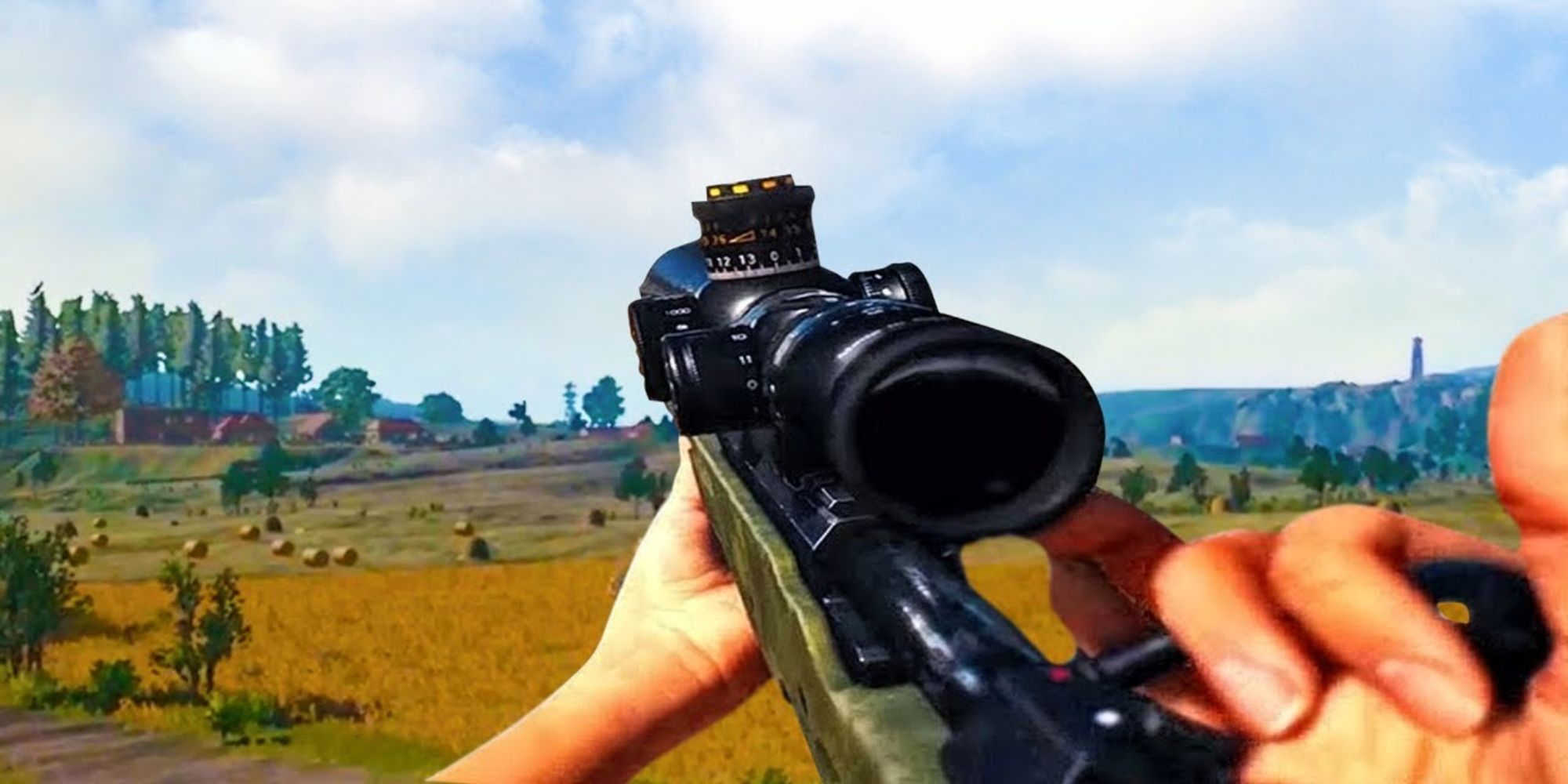 At this point, virtually every PUBG player has been unceremoniously one-shotted by an AWM.

The elephant gun of PUBG, the AWM makes easy work of most armor and helmets. You just have to hope whoever has one of these in your match is a bad shot, because any that do land are going to hurt — if not kill you instantly. There’s a definite reason these are still only a care package weapon. But, once you’ve mastered firefights in PUBG, this gun is one to grab.

Next: PUBG: Mobile Vs. Console – Which Version Is Better?