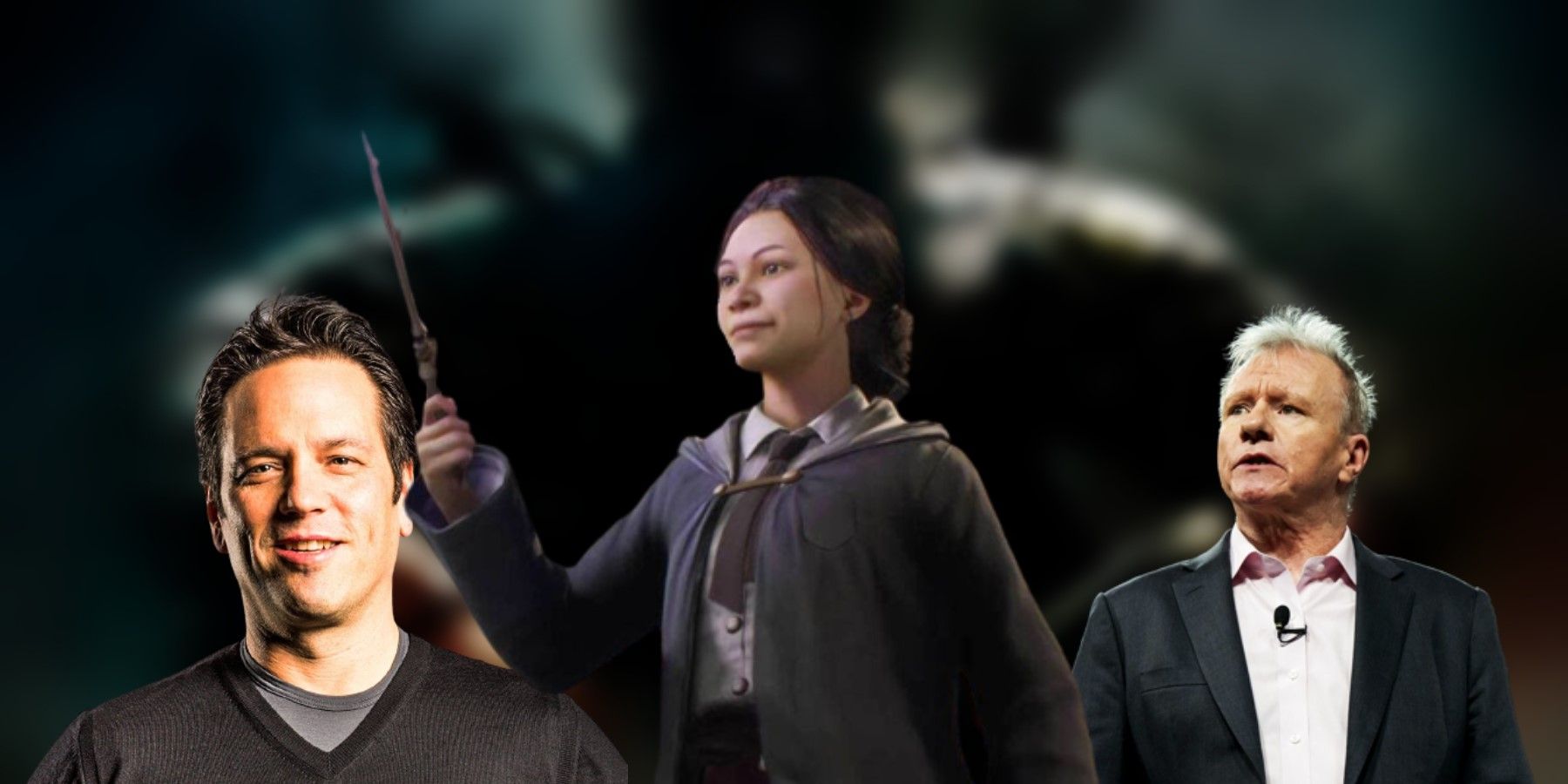 
In a somewhat expected turn of events, yesterday’s State of Play presentation revealed that Avalance, Portkey Games, and WB Interactive’s Hogwarts Legacy will have exclusive content coming to PlayStation on launch. Because the upcoming Harry Potter-inspired open-world game was first revealed in the PlayStation Showcase from September 2020, players have since been wondering if it would end up including content only available on Sony’s platforms, and now it’s apparent that it will. Hogwarts Legacy will have an exclusive questline called The Haunted Hogsmeade Shop that will allow players to delve in a spooky dungeon and claim the shop for themselves, where they will be able to access the best prices in the whole game.

Not only that, as the PlayStation-exclusive content also includes the recipe for the renowned Felix Felicis potion, which in the game will let players see gear chests on the mini-map while exploring Hogwarts or its surroundings. The problem is that all of this will only become accessible to other platforms exactly a year after Hogwarts Legacy‘s launch, in February 2024, but this revelation comes with a strange timing. Recently, in a not-so-amicable exchange of comments, Microsoft’s Phil Spencer and Sony’s Jim Ryan discussed the fate of Call of Duty as a franchise after the Activision acquisition goes through on Microsoft’s part, and Jim Ryan spoke about how inadequate it is to gatekeep players on different platforms.

Call of Duty is one of the highest net-grossing franchises in the gaming industry at the moment, and that reason alone is enough to keep Sony on edge over Microsoft’s deal with Activision. Right now, Sony has a deal with Activision for three more years of Call of Duty on PlayStation, which Microsoft is willing to extend for “several years,” which based on Phil Spencer’s public comments online could be three more years after the current deal expires, making the popular shooter franchise’s exclusivity for Xbox a possibility. Jim Ryan replied by stating that this would undermine PlayStation users’ ability to enjoy a franchise that’s been on Sony’s platforms for almost 20 years.

However, these comments stirred a rather big controversy among fans, considering that Sony’s own legacy has been built on expanding its portfolio with small scale acquisitions to have an increasingly high number of PlayStation-exclusive games. This includes massive franchises such as The Last of Us, God of War, Horizon, and Final Fantasy, which all play an active role in Sony’s success by making each generation of PlayStation consoles more alluring. The fact that Hogwarts Legacy is getting exclusive content on PlayStation for a whole year is already upsetting some fans, but it goes to show that there’s a lot going on in the backstage with the Call of Duty drama from a few days ago.

Jim Ryan replied to Phil Spencer’s post on online forums about Call of Duty‘s future by stating that it was a private business conversation, and went on to say that Microsoft’s offer was completely inadequate. Yet, a week later, Hogwarts Legacy gets exclusive content for PlayStation, which has interesting timing given the recent console wars controversies. Gatekeeping content for a whole year on Sony’s platforms makes it clear that the best Hogwarts Legacy experience is on PlayStation. But again, PlayStation is not new to controlling players’ access to content on other platforms.

Examples of this behavior come from Sony’s arrangements with Square Enix’s Final Fantasy franchise, with Final Fantasy 14 not having an Xbox version, or the fact that Crisis Core is coming to Xbox, but not Final Fantasy 7 Remake. It would make sense for Microsoft to make Call of Duty completely free on Xbox Game Pass on day one, while still making it accessible on PlayStation for $70, which would make the choice between the two platforms an obvious one for long-time fans. As such, exclusive content in Hogwarts Legacy tells a very different story from the narrative Jim Ryan is pushing, and its timing makes the context of this situation all the more significant.

Furthermore, some Hogwarts Legacy fans are now in a pickle due to the reveal of the exclusive content for PlayStation coming after the pre-orders opened up for the new Harry Potter game, which means that some now know they won’t be experiencing the whole game on launch. Again, this is for an entire year, and it’s quite problematic now that Hogwarts Legacy is in the crossfire of boycott attempts, issues with J.K. Rowling’s anti-trans political stance, and the alleged anti-Semitic themes of the Goblin rebellion that players will face in the main story. Making a new dungeon and its associated questline and rewards available on PlayStation alone sounds disingenuous on Sony’s part, and especially so after Jim Ryan’s comments on Call of Duty accessibility

Overall, having exclusive items or cosmetic sets would have been a much better option for a game like Hogwarts Legacy, particularly because it’s meant to be a story-driven release. Instead, cutting part of the story from those who don’t own Sony’s most recent pieces of hardware shows once again how the company is willing to invest into that same old exclusivity to make its platforms more appealing. This is something that veteran studios like Bungie learned the hard way, with the Destiny 2 community not being happy about PlayStation-exclusive content, to the point that the Bellevue-based developer wants to keep its looter shooter available everywhere after Sony’s acquisition.

Unfortunately, Hogwarts Legacy fans without a PS4 or PS5 are getting the short end of the stick, and it’s unclear if the issues between Microsoft and Sony over Call of Duty may have caused this. Still, even if the Call of Duty license to Sony was to be rearranged in a more favorable way for the Japanese conglomerate, Hogwarts Legacy could be yet another case of PlayStation exclusives limiting the experience of some players, perpetuating the controversy.

MORE: Why Modern Warfare 2 Will Likely Be the Last Time PlayStation Gamers Get Exclusive CoD Content