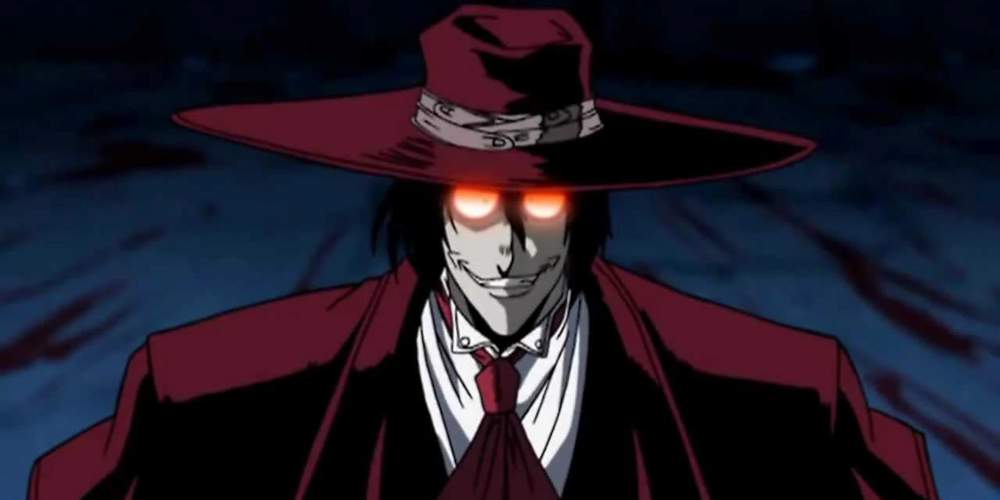 We often recommend media and products we like. If you buy anything through links on our site, we may earn a commission.

In anime, dark powers and dark characters are often some of the coolest you’ll encounter. They may not have traditional elemental attributes, but they can still overpower anyone who goes up against them.

Dark power users can be either hero or villain, depending on the story. And when they’re written well, they can infuse a story with twists and turns as the character grows and develops in unexpected ways, whether that means embracing their darkness or working to overcome it.

From hero characters who are granted hellish powers to villains who pose a grave threat with their sinister abilities, here are the darkest anime characters with evil and unholy abilities.

After releasing a demon who was pinned down by a legendary spear, Ushio gained access to both demonic powers and the spear’s powers. On top of his new extraordinary abilities, he also got himself a companion: Tora, the very monster he freed.

Ushio Aotsuki’s powers include spear and hand-to-hand mastery, enhanced strength, enhanced speed, accelerated healing, and the ability to summon his spear to his hand. Whenever he uses his powers, his eyes turn feral and his hair grows down to his feet.

In the Blue Exorcist series, Rin is one of the twin sons of Satan, born from a human mother. His devil powers manifest in the form of blue flames, similar to the powers of his devilish father.

But like most anime protagonists, Rin uses his dark powers to fight evil rather than succumbing to his evil heritage. It was revealed later on in the story that his twin brother, Yukio, also possesses demonic powers.

At first, Hiei relies solely on his swordsmanship and physical agility. But during the Dark Tournament, he ends up using the Dragon of the Darkness Flame, a power that’s harnessed from the depths of hell to incinerate everything into nothingness.

He’s the only one known to master the technique, given how devastating it is even for the user. While it was uncontrollable at first—causing damage to Hiei with every use—he managed to control it in his later fights, and even channeled the darkness into himself (in his fight with Bui).

Marshall D. Teach, known as Blackbeard, is the captain of Blackbeard Pirates who has the power of the Yami Yami no Mi. It allows him to pull and absorb anything into the darkness he creates.

What’s troublesome about this ability is that it can also nullify the effects and abilities of other Devil Fruit users whom he touches, seemingly absorbing their abilities and rendering them unusable (as seen when he was able to touch Ace, who is a Logia-type).

Another thing is that he can absorb the power of the Devil Fruit itself from another user to use it as his own, like when he steals the Gura Gura no Mi from Whitebeard (defying the concept of one Devil Fruit per person).

This makes him one of the worst enemies in the series, for both the Marines and the Straw Hat Pirates.

Yami Sukehiro, the squad captain of the Black Bulls, uses Dark Magic along with his swordsmanship. He creates projectiles of jet black slashes with his sword and even has the power to cut through dimensions.

His Dark Magic, as Zagred states, has the power to cross over the boundaries between realms. That’s why Yami’s Dark Cloaked Dimension Slash: Equinox so greatly affected and dealt fatal damage to the devil.

Nacht Faust, another character from the Black Clover series, is the Vice Captain of the Black Bulls. Like Yami, he also has a strange and rare magic attribute: shadows. With his Shadow Magic, he can travel to places by going into shadows and appearing elsewhere.

Apart from his Shadow Magic, he has another dark ability up his sleeve: the Devil Assimilation. This allows him to channel the devil’s power into himself and use it as his own. He made a contract with four devils using the Devil Binding Ritual, and their Unite Mode is immensely cool.

The vampire Alucard in Hellsing has multiple dark powers beyond mere immortality. The anime series showed us more of the darkness within him, in many different ways.

For example, he has a terrifying eye-covered familiar named Baskerville. He can also turn into an indestructible blood-colored mist, and he has sinister battle prowess that’s so powerful that none of his enemies can handle it, resulting in total victory every time.

In Jujutsu Kaisen, curses and cursed energy can be classified as dark and evil powers as they came from (manifested by) negative emotions. So, technically, all cursed energy users use dark powers.

But Mahito’s ability is one of the most disturbing in the series. It doesn’t just affect victims physically, but also distorts and transfigures their souls. He’s used it multiple times throughout the series, toying with humans both physically and emotionally.

We’ve seen him turn innocent people into disfigured creatures who are forced to fight the Jujutsu Sorcerers. If that isn’t dark and evil, what is?

We’re combining Asta and Liebe together on this list, not just because Asta is the host of the devil Liebe, but also because they share pretty much the same overall experience.

Both are magicless individuals in a world full of magic. Liebe managed to turn his weakness into the power called Anti Magic, which he now channels to Asta through his swords.

Their power turns out to be the most unique and most effective against enemies, as they can nullify and negate magic. Asta, on the other hand, is the perfect host for the Anti Magic power—because he isn’t just magicless, but also incredibly skilled with swords.

Meliodas is the captain of the Seven Deadly Sins and a powerful individual, born the son of the demon king and cursed with eternal life. And because he comes from the demon clan, he possesses demonic powers—but he uses them for good rather than evil.

He’s had several different forms throughout Seven Deadly Sins, from his simple bartender outfit to the form where darkness cloaks his entire body. When he uses his dark powers, a symbol appears on his forehead (one that only appears for high-ranking demons).

Millennium Earl stands as the leader and father figure of Noah Clan and the Akumas. He has the power to create Akumas using humans, and he uses them by exploiting their weaknesses.

He targets emotionally weak human beings—usually ones who are grieving the loss of a loved one—and offers to bring back the dead. But it’s just a trick: he summons the deceased’s soul and binds it with the grieving human using Dark Matter.

The souls, after turning into Akumas, experience pain and agony inside while they’re trapped. Indeed, Millenium Earl is merely playing around with human sorrow for his own evil plans.

Ai Enma is the protagonist of Hell Girl (also known as Jigoku Shojo), who’s charged with bringing souls to Hell.

Of course, she’s not just inviting them on a nice boat ride and letting them enjoy their trip to Hell—she’s tormenting them with disturbing and nightmarish images, presences, and illusions.

Her blank and emotionless facade hides her terrifying powers, and if she were to truly exist in real life, no one would ever commit atrocities again. She’s always one click away with her Hell Correspondence website.