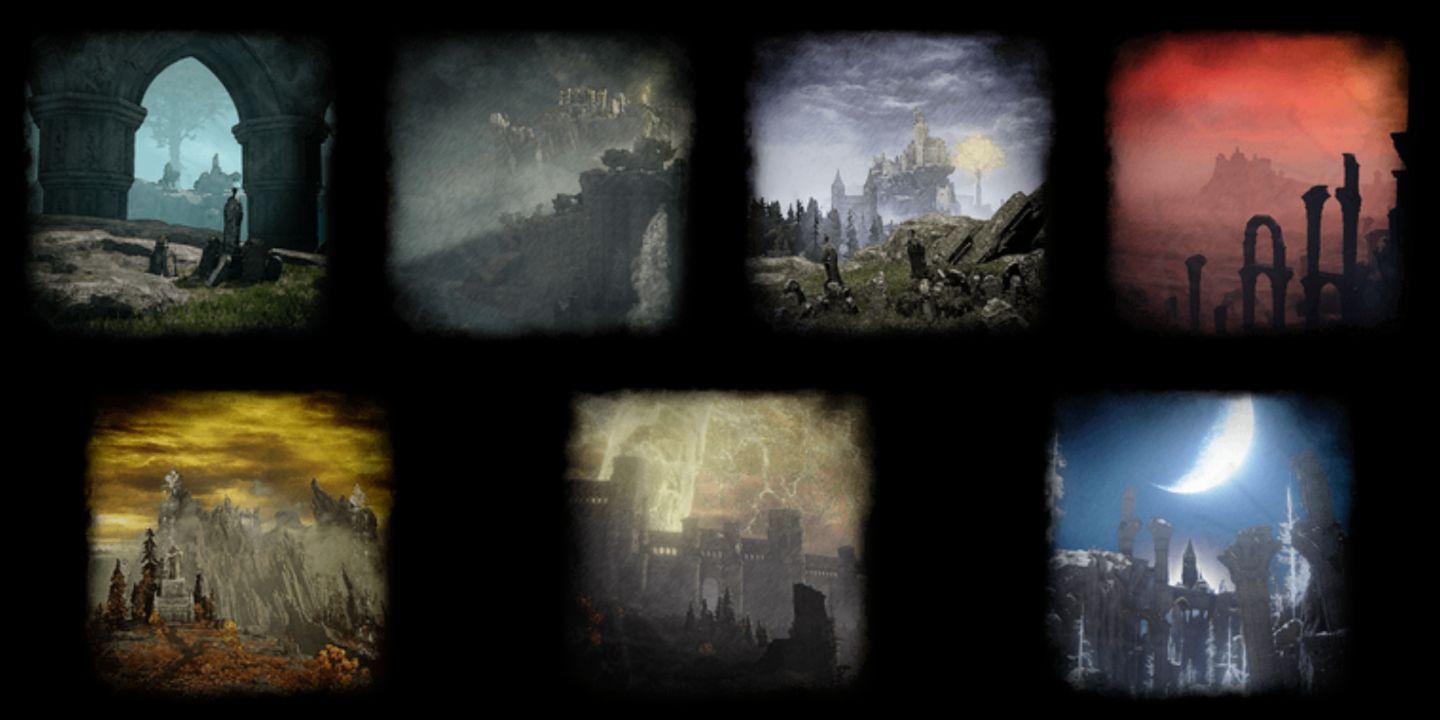 
Elden Ring contains a series of seven paintings that depict the various landscapes from The Lands Between. The paintings act as treasure hunts, though the goal is perhaps counterintuitive: you’re not looking for the location depicted in the painting, but rather the location it was painted from.

The artist apparently went around painting landscapes seen by people just before they died, which is a dark choice of subject matter. Now, the paintings contain remnants of the artist’s spirit, and of those he painted. Upon arriving at the location where the painting was done, you’ll find the ghost of the artist, who will disappear, leaving behind a unique reward for your trouble. Here’s how to solve all seven of Elden Ring’s painting puzzles.

The Homing Instinct painting is likely the first one you’ll find in The Lands Between. It is located at the Artist’s Shack, in Limgrave. You can reach it by heading southwest from Summonwater Village, or taking the road north after the bridge where you first fight the Night’s Cavalry. Presumably, it was the temporary home of the artist who painted all of these paintings.

Finding his spirit shouldn’t be too much of a challenge, since it’s extremely close to where you started the game. It’s not immediately apparent from the painting, but the grave depicted is overlooking the Dragon-Burnt Ruins from the cliffs to the southwest. Upon returning, you’ll get the Incantation Scarab, a helm that reduces the FP cost of incantations by 15 percent while increasing the damage you take by five percent.

The Prophecy painting is inside Stormveil Castle, hidden in an alcove just outside the Liftside Chamber Site of Grace. It’s easy to run past without noticing it, since just outside the alcove it’s sitting in, is an Omen (and even worse, a dog).

Once you’ve picked it up, you’ll need to travel a significant distance to find the artist, though it might be somewhere you’ve already been. Head to the northern tip of the Weeping Peninsula, on the cliff North of the Church of Pilgrimage, looking back at Limgrave. When the artist disappears, you’ll get the Warhawk Ashes, allowing you to summon the fire-breathing birds who harass you across The Lands Between.

The Resurrection painting is in another Artist’s Shack. This time, it’s in Liurnia of the Lakes, just Northwest of the Study Hall. In most cases, you’ll find the artist on a cliff’s edge, or some other location that grants an obvious view of an important structure. This painting doesn’t follow that pattern; it’s next to a large rock in the middle of a graveyard east of Caria Manor. To find it, head south down the road from the Behind Caria Manor Site of Grace.

On the plus side, this painting gets you the most bang for your buck. First, you get a Larval Tear, a rare item that allows you to respec your stats with Rennala. And as a bonus (though it may not be one you actually want), you get the Juvenile Scholar’s armor set, the clothes worn by Rennala’s creepy children.

As befits a work named after Radahn and his soldiers, the Redmane painting is hidden in the ruins of Selia, Town of Sorcery. You’ll have to make your way through most of Caelid to get there, but once you do, the painting isn’t hard to find. It’s underneath a balcony, half-concealed by rubble. Unfortunately, reaching the artist isn’t so simple. You’ll start at the Minor Erdtree in Greyoll’s Dragonbarrow. From there, head southeast and do some extremely difficult platforming down the roots sticking out from the cliffs to find him.

Alternatively, you can use the spirit spring near Fort Faroth to jump down to him, taking advantage of the invincibility it gives you. It’s not an easy jump, though, so you might find going the normal route to be easier. For your trouble, you get the Rain of Arrows Ash of War, a powerful skill for bow-based builds.

The Champion’s Song is probably the easiest painting to miss, since it’s inside the Shaded Castle, an optional area. And upon reaching the castle, you might decide this painting isn’t worth your time, since it contains one of From Software’s patented poisonous swamps. The painting isn’t too difficult to find, though; head along the eastern ramparts from the Shaded Castle Ramparts Site of Grace, down a fallen rock pillar and up a set of hidden stairs.

Related: Elden Ring: Best Talismans And Where To Get Them

To find the artist, make your way to the Altus Plateau, where he sits southeast of the Rampartside Path Site of Grace. Though, be careful; you might run into Ancient Dragon Lansseax along the way. Unfortunately, for all the trouble of finishing this puzzle, it gives you the worst reward from any of the paintings: the Harp Bow.

You’ll have to travel pretty far to find the artist, though. Go north, to Dominula, Windmill Village. The artist is sitting on the southeastern cliffs of the village, looking across the chasm in the direction of the Highway Lookout Tower. Find him to pick up Fire’s Deadly Sin, an incantation that literally lets you set yourself on fire.

The Sorcerer painting is the furthest into the game, requiring you to make your way to and through Castle Sol. The room containing the painting is locked from the inside, so you’ll have to traverse the castle ramparts until you find a ladder leading down to it.

To find the artist, head back south to one of the bridges you crossed to get to Castle Sol. Specifically, the one northwest of the Stargazer Ruins. The artist’s spirit is on a small platform on its eastern side. It’s a short trip, and you’re rewarded with the Greathood, the helm worn by Esgar, Priest of Blood. It increases your Intelligence and Faith by two at the cost of a ten percent penalty to your health.