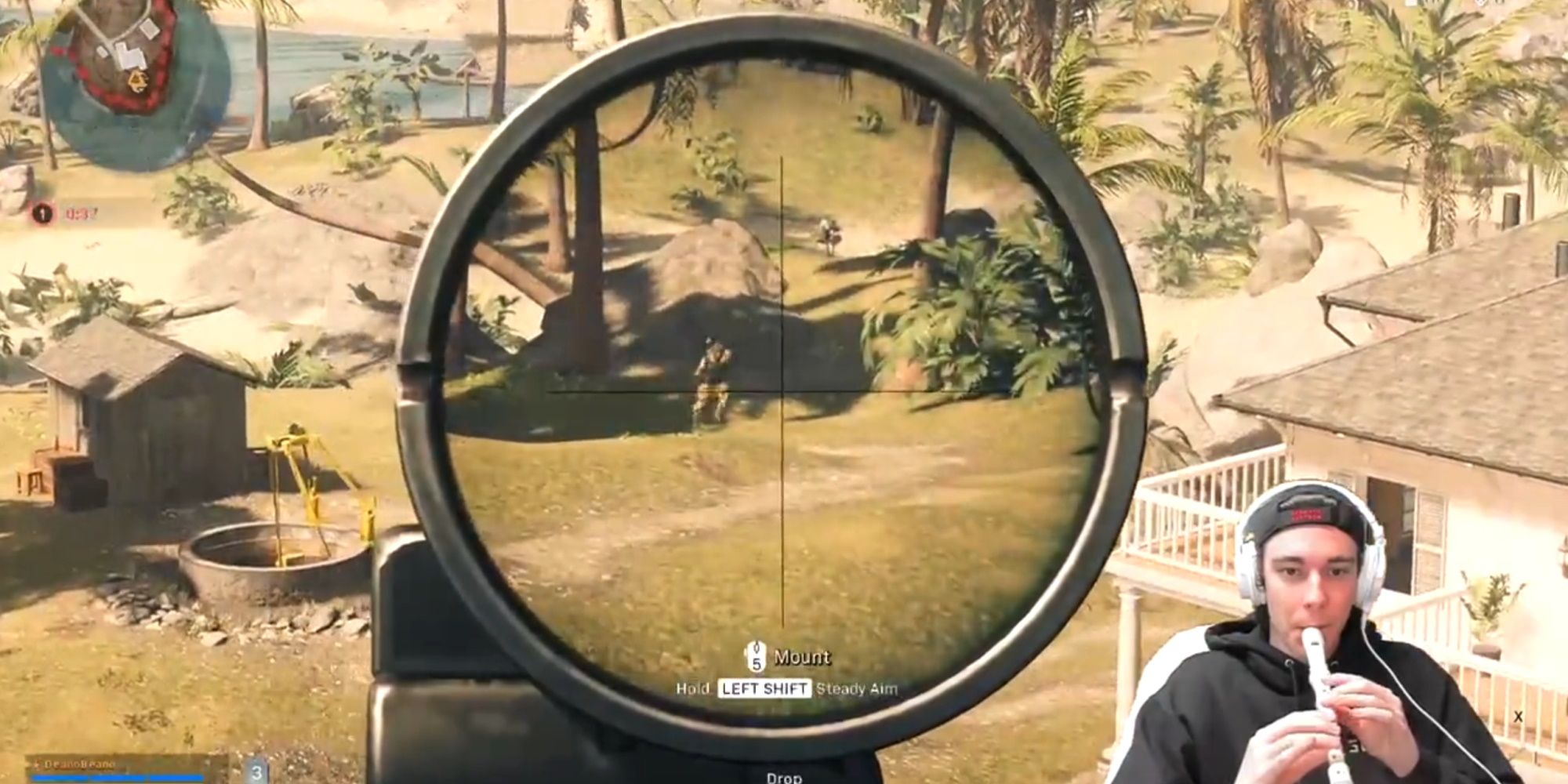 
When you think of a recorder, you probably think of a first-grade band trying to learn the basics of musical theory, and probably failing miserably. It’s that untrained and amateur sound that has led the humble recorder to be regarded as a somewhat inferior instrument for making music, even though a skilled professional can make the recorder sound equal to any woodwind.

And to prove it, we have DeanoBeano, a Call of Duty streamer that not only plays the recorder but has used it to kill someone in Call of Duty: Warzone.

We don’t exactly know how DeanoBeano did it, but he seems to have implemented a system whereby certain notes are mapped to certain actions. One note points down, another up, a third left, a fourth right, and fifth fires the gun. Presumably, there are microphones offscreen and a simple script that turns recorded sounds into player actions.

The song of DeanoBeano killing someone sounds remarkably similar to that first-grade classroom mentioned earlier. As he tracks a hapless victim in the distance, DeanoBeano plays notes seemingly at random, until finally a single long note lines up the kill shot. The final “doot” would have been crushing to hear had the person in DeanoBeano’s crosshairs been close enough to hear it.

This isn’t the first time DeanoBeano has combined their musical acumen with Call of Duty. He recently streamed several hours of Warzone where he used a Guitar Hero controller. A few years ago, he even managed to get a kill in Warzone playing the drums. It wasn’t quite as impressive as remarkable as the recorder kill from earlier this week, but it was still impressive.

Admittedly, DeanoBeano was only able to make that kill because he was able to set up in a secluded position. One wonders if he’ll have the same luck in Call of Duty Warzone Mobile’s crowded 120-player lobbies. With that many players, sniping isn’t likely to be a successful strategy as you just won’t have enough set-up time before someone stumbles across your sniper nest.

Next: Gloomwood Is Unbelievably Good (And Unfinished)