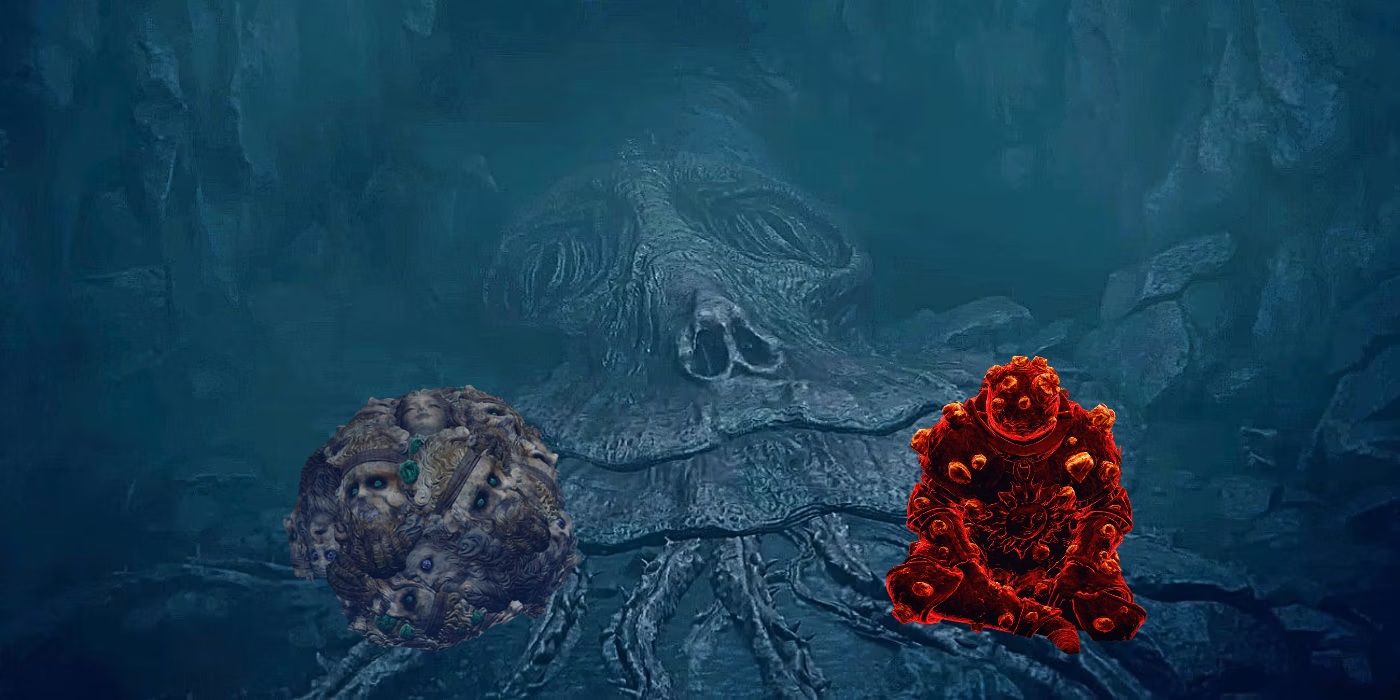 
FromSoftware has a tendency to include darker themes in its games, and Elden Ring is no exception, to the point where fair portions of it feel as unsettling as any horror game. Elden Ring is a dark fantasy that draws on a variety of themes, all of which work in concert with its more unsettling content to create a sense of unease. The Lands Between are in the middle of a conflict between Outer Gods for power, and filled with people who are obsessed with mortality, death, trying to cheat death, and claiming power for themselves. This combination leads to a lot of body horror and elements that grow more disturbing the more they’re looked into.

[Warning: This article contains spoilers for Elden Ring.]Elden Ring is set in the Lands Between, a region that epitomizes the game’s dark fantasy. The design of Elden Ring’s open-world map set an example for other games, not only through being colossal in size and scope, but in providing mysterious secrets of lore, hidden story details, and a world that often feels encased by shadow. While the primary goal is to travel to the Erdtree and decide the future of the Elden Ring itself, players may find themselves far more enamored with uncovering the dark, horrific secrets that lie hidden through the game’s world.

Related: A Secret Detail Links Elden Ring To Something Even Darker

Themes of mortality, or the cycle of life and death, are common to FromSoftware’s games, and the fear of death brings with it a lot of unknowns. Elden Ring‘s Godskins are even a faction of people dedicated to delivering Destined Death to gods, seeing themselves as keepers of the natural order. Elden Ring might have FromSoftware’s worst starting area, but in regard to being unsettling, it may well be at the top.

Elden Ring Doles Out Brutal Punishments To Its NPCs

Helping NPCs in Elden Ring doesn’t always end with good results, as is the case with characters such as Sorceress Sellen. If players complete Sellen’s questline, she will become a giant ball of stone heads like the one she wears. Sellen’s goal was power, and while the exact reason behind her transformation is unknown, it’s speculated that it’s her punishment for using forbidden magic. Since she’s able to talk, at least to some degree, after being transformed, Sellen must have some awareness, and that makes her situation all the more uncomfortable to think about.

Sellen is far from the only NPC to be subjected to punishment in Elden Ring. Marika has been receiving punishment from the Greater Will since long before the Tarnished champion returned. Queen Marika rules Elden Ring‘s Lands Between, having been ascended to godhood and made into the vessel for the Elden Ring. However, the Greater Will punishes her for shattering the Elden Ring by suspending her by her wrists while locked inside the Erdtree. During this time, her body crumbles away, with the implication that she remains alive despite the deteriorating effects of her imprisonment.

The idea of parasites is enough to unsettle some people alone, without even being given the FromSoftware treatment. Godwyn becomes a mix of both demigod and parasite after his death. His corpse ends up tangled in the roots of the Erdtree, another parasitic existence, and this seems to taint the roots in a way that Godwyn gains a level of control over them. Not only is Godwyn the first of Those Who Live in Death, he appears to be the cause of its spread to others in the form of Deathroot – an appropriate name when the source is likely a corpse amidst roots.

Related: Elden Ring’s Deathblight Is Even More Disgusting Than You Think

Godwyn, Elden Ring‘s Prince of Death, has lifeless eyes as part of his post-mortem appearance. Yet these are not limited to his corpse. They can be found in the roots around his body, and in roots of the Erdtree far away from where he lies, all throughout the Lands Between. In this way, one can surmise that Godwyn is watching over the Lands Between even after his death, though why he’s watching and what he may be after is unknown.

Both the Dung Eater and Fia are among the Tarnished mentioned in Elden Ring’s intro as having been brought back to life by the Greater Will, despite the fact that neither of them seem to be devotees. The Dung Eater’s armor is covered in horns that appear to be broken off given their jagged design. The evil character of the Dung Eater leads to Elden Ring‘s worst ending, as not only does he murder others in a brutal fashion, the he defiles their corpses with the Seedbed Curse, which will persist if they are revived and even be passed on to any children. His end goal is to spread this curse to as many people as possible, even though there is no clear reward or anything to be gained by doing so. Players don’t even receive an achievement if they get this ending.

Fia says that her purpose is to lay with the remains of nobles to return them to life using the energy given to her by champions. While she describes it as being a sacred act in her homeland, upon closer investigation, it becomes unsettling. Fia specifically uses the word “bear” when talking about bringing the noble back to life, and this term tends to imply a birth. Of all Elden Ring‘s endings, the Duskborn ending that her quest allows is the opposite of her purpose of bringing others back to life, instead ensuring that life and death return to normal in the Lands Between. Still, the thought of laying with a corpse raises questions about the land that considers this to be sacred.

It’s difficult to even scratch the surface of the unusual and unsettling content contained in Elden Ring. The focus on mortality and desire for power at all costs allows for the distortion of humanity, literally represented by the arm-grafted Godrick and his spidery minions, and visually hinted at through concepts like the Two Fingers. Between the open-world design and in-depth history created with the help of Game of Thrones author, George R.R. Martin, Elden Ring has a lot of horror to explore. There are high hopes for Elden Ring DLC and a lot of curiosity revolving around what might be included and what new stories will be told. Assuming that FromSoftware continues its thematic choices for the DLC, then there should be a new array of unsettling material to explore in Elden Ring‘s rumored DLC, and perhaps an even more substantial expansion one day.