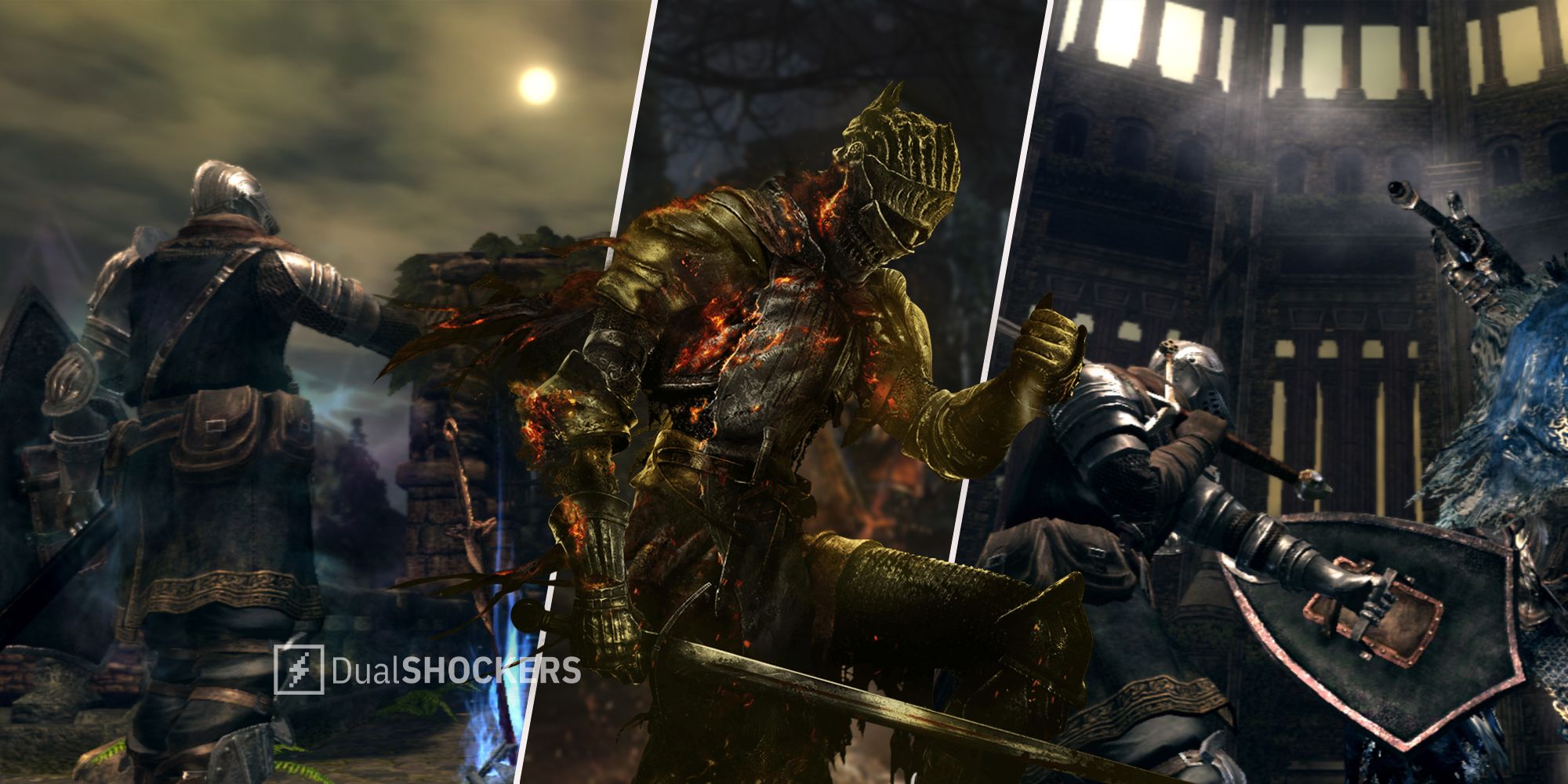 
I’m a bit wary of remakes. In the buildup to The Last of Us: Part 1 I threw out the question of whether it’s a remake or more of a remaster. And while I respect Chris Harding’s excellent review of the game, we definitely don’t see eye to eye on that final score (DualShockers isn’t a homogeneous mono-opinion hivemind – who knew!).

But playing Dark Souls after Elden Ring, having been drawn back by its tight level design, sparse bonfires (that don’t double as teleporters), and of course fond memories, after several hours I was hit with a painful realisation: this game is starting to feel old, and FromSoftware – who have made six Souls or Souls-adjacent games since then – have come a long way in refining the little things that make their more recent games feel much more modern.

I’ll argue ’til I am hollowed that the original Dark Souls still has the best level and boss designs in the series, but over time barriers have gotten in the way of appreciating its ongoing merits; there’s a creakiness to its controls, a janky softness to its combat, and a scarcity to its graphics that makes it hard to enjoy as I once did. It’s still under there, that wonderful game I remember, but FromSoftware’s Soulslike armature has been polished and refined a lot since then.

The incremental improvement to little things like control responsiveness, dodging, impact can be barely perceptible from Dark Souls 2 to Dark Souls 3, from Dark Souls 3 to Elden Ring, but add it all together then go back to the beginning, and suddenly all those years of work add up. It’s like watching a kid grow up – you don’t notice it when you’re with it every day, but then you look at the photos from 11 years ago and suddenly you realise that naturally, inevitably, of course things have changed a lot in that time.

To be clear, any kind of Dark Souls remake should keep the world design, enemy placements, and move sets. Crucially, Dark Souls’ slower, more methodical pace, which was all but eradicated by Dark Souls 3, needs to stay. It’s what gives the game an almost dreamlike quality that later games eschewed in favour of more pizazz, more spectacle, but they also lost that nebulous forlorn charm of the original game.

It may seem sacrilegious to suggest that Dark Souls – one of the most influential games of all time and the perfect game in the eyes of many – needs a remake. But while for some its iconic status is a reason to leave it well alone, I’m thinking of the many people who played Elden Ring but not Dark Souls (the sales figures suggest there are literally millions of them), and may want to venture back to the series’ roots. While my sentimentality towards and familiarity with Dark Souls has pushed me through some of its mechanical cludge when revisiting it, newcomers may not take so kindly to some of its more archaic elements.

There’s that damn infernal dodge-roll for a start, which for some inexplicable reason becomes four-directional when you lock onto enemies (yep, it’s basically a 2D dodge-roll). Not only does it lack the satisfying precision of later FromSoft games, where you get that feeling of dodging right underneath enemy blades, but your character leaps way too far. I get it, they’re trying to evade a weapon that’s often bigger than their whole body, but often with such enthusiasm that they can end up leaping off into an abyss (anecdotal, but I feel that the ‘narrow ledge’ density in Dark Souls 1 is higher than in later games).

A fully omnidirectional dodge-roll would likely make a Dark Souls remake a little easier, but to those legions I can already hear yelling at newcomers to the game to simply ‘git gud,’ in this instance I’d suggest it’s on the game mechanics to ‘git gud,’ especially given that FromSoft have improved on this aspect of their games so much over the years. Dark Souls’ difficulty shouldn’t be connected to the fact that it has a dodgily-designed dodge-roll – it should be better than that.

While we’re in the area of combat, Dark Souls feels kind of soft and unweighty when you hit and are hit by enemies. This is a combination of limited animations and impact physics; there’s no sense of your weapon really slicing through enemies, ricocheting off armour, or really hurting them (despite the health bars telling their own story). Again, it feels outmoded mainly in relation to FromSoft’s own later games. Back in the day I recall being impressed by how raw and crunchy Dark Souls’ combat felt compared to other titles, but FromSoft has come a long way since then, and bringing over some of that Elden Ring (or even Demons’ Souls Remake) impact would help the game feel more how I imagine FromSoft would’ve wanted it to feel, but just didn’t have the resources.

And let’s get back to the idea of Dark Souls’ ‘perfection,’ because that idea is definitely based on selective memory, and there are a couple of areas in a remake that could definitely benefit from a redesign. How easily we forget the subterrane of Lordran – the drab design of areas like the Demon Ruins and the sparse Lost Izalith, which culminates in the most bizarre and unoriginal gimmick boss in the entire series: the unforgettably awful Bed of Chaos. The Crystal Cave, meanwhile, had invisible walkways! Do gimmicks get any cheaper than that? Let’s also remember that FromSoft’s dragon battles have come a long way since the awkward gimmick that was Seath the Scaleless, and the old boy could benefit from some of that latter-day knowledge.

I appreciate that there’s a risk involved in redesigning aspects of Dark Souls, but it feels like these areas were borne of inexperience in a team that was still experimenting with a whole new style of game back in 2011. Does anyone realistically think that the more experienced FromSoft of today would make these bodged areas and boss fights – these few shortcomings of a legendary game – any worse than they currently are?

Beyond any redesigns, which should be handled by FromSoft internally, a natural frontrunner for a Dark Souls remake would of course be Bluepoint Games, who did an excellent job with the 2020 Demon’s Souls remake. Staying faithful to the design and feel of the original game, they left everything intact, focusing instead on creating something that made all the great work of designer Hidetaka Miyazaki and his team more accessible without technical crappiness getting in the way.

One of the beautiful things about Dark Souls is how you can see distant parts of the interconnected world at huge distances, but the tech of the time meant that these distant structures are almost textureless, and the whole world seems to be surrounded by smeary-looking cliffs and hills. A Dark Souls Remake would let us really see and appreciate the tragic beauty of Lordran like the original simply couldn’t allow.

A Dark Souls Remake wouldn’t preclude the ongoing existence of the original Dark Souls (or, well, the remaster). It would instead make it easier to appreciate the game’s strengths while eradicating the mostly technical weaknesses that have become more tangible with time. A game of this importance deserves another run at the spotlight, to help us appreciate where gaming today has come from, and also to an extent what it’s lost.